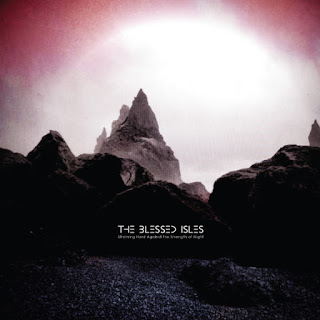 Background promo - They say good things come to those who wait, and in the case of Brooklyn’s The Blessed Isles, the adage bears out. After five years of recording in studios across four states, the band stands poised to inject a much-needed dose of substance into the shoegaze bloodstream with their debut LP, Straining Hard Against the Strength of Night. Not satisfied to merely recreate the genre’s trademark textures, vocalist and guitarist Aaron Closson (The Hourly Radio) and multi-instrumentalist Nolan Thies (N?TIONS) put a premium on songcraft, fashioning melodies that seamlessly reinforce the tell tale shoegaze soundscape. At their core, these are finely wrought pop songs that would shine in any genre, but are fully realised in the gossamer intricacies and stentorian pulse of Straining.

Lead track “Caroline” encapsulates everything distinctive about the resurgent genre, featuring a tidal wave of guitars that propels the chorus into the stratosphere. In contrast, “Chase Away the Sun” is a study in measured restraint, conjuring a desolate terrain of heartache before breaking into a lush and expansive refrain. The record manoeuvres deftly between aggressive figuration's and cathartic release, a tension that compliments Closson’s plaintive vocals and evocative lyrics.

Completed while Closson finished graduate studies at Yale and between Thies’ busy tour schedule, Straining manages to sound effortless and fresh, making an essential contribution to Saint Marie Records’ already impressive roster. This is a record for anyone who is susceptible to the charms of sonic dreamscapes but who is unwilling to sacrifice the fundamentals of songwriting that connect listeners to the music they love. It’s sure to become a mainstay in the genre for years to come.

The forthcoming album is a collection of ten songs and kicks off with the featured track 'Caroline'. The song gives a good feel for what is a very breezy and refreshing album, not necessarily two words I would normally associate with Shoegaze orientated music. Indeed the album drifts in differing directions from the core style, with indie rock along the lines of New Order being one reasonable reference point. As a whole this is a pleasingly good collection of songs, that are, coherently and tightly delivered. 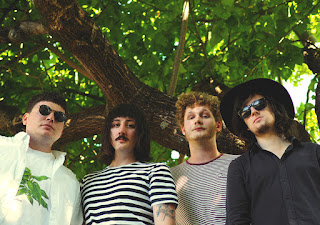 Background promo - The High Learys are a four piece inspired rock band from Perth, Western Australia consisting of Jamie Turner (lead vocals/bass), Michael Nutt (keys/vocals), Matt Williams (guitar) and Mitchell J Benson (drums). Forming in 2011, they have released one album, and a number of singles. In 2013 the band went over to Europe to play shows in Germany, France, Italy, Spain and England. In August 2014 the band went back into Poons Head Studios to record their next single “Clear My Mind” with producer Rob Grant. It was then released on 7" vinyl through Soundflat Records in late October. Shortly after it's release the single was used in both a Bose Headphones and Sportscraft commercial.

During November and December 2014 the band embarked on a second European tour, playing shows in Germany, Spain and England. Their single “Clear My Mind” charted at no. 1 in the AMRAP charts in 2014. the band have released multiple records and have two European Tours under their belt, 2016 finds them causing quite a stir overseas as well as on their home soil.

The making of new single, “Cabinet”, was the first time the band had ventured into recording entirely by themselves. Produced and engineered by the band’s keyboard player Mike Nutt and recorded over the summer of early 2015 at various houses and studios. The finishing touches where added at Blackbird Studios with Dave Parkin. “We’d been talking for a while about recording ourselves so we decided to knuckle down and give it go. We found that doing it this way gave us a lot more creative control in our recording process and enabled us to take our time with tracking to make sure it was exactly how we all wanted it to sound,” says the band.

“Cabinet” explores the insecurities of a young mind. Someone who feels lost in their ways, but at the same time shares the burdens of adolescents with their other half. Look out for national touring from The High Learys later in 2016!

'Cabinet' is a catchy song, with distinctive vocals and a really good musical soundtrack. Somehow the band manage to sound both very modern and fresh, whilst I'm certain I am also hearing a sixties vibe throughout the piece. Whatever... it's a great song! 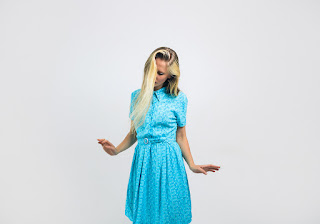 Biography - Animalia is a dark electronic artist based in Toronto, Canada, producing high-energy shows with live drums. Her music sways with the use of thumping beats and astral synths. Her quirky voice belts out haunting melodies, while she takes up the stage with her aggressively intimate performance.

Jill Krasnicki started performing music as a bassist at the age of 17 in her hometown of Tasmania, Australia. For 10 years, she played various venues and festivals and toured around Australia, Ireland and parts of Europe, eventually landing in Toronto, in 2009.

At the start of 2012, Animalia was born as a dark folk acoustic act and saw the release of her DIY first EP “To the Waking, the Shaking and the Volatile”. Her second EP “A Wave to Wash the World Away”, incorporated beats and by the start of 2014, Animalia had left her guitar-based songs behind and had become a fully electronic act.

Her debut album “Mouth Full of Teeth”, was released in June 2014 and was featured in NOW Magazine, Noisey and Exclaim!, charting at number 3 on the national college electronic charts.

Animalia will release her second album “(dissonance)” in early 2016 with the singles “Little Earth” and “Paradise” coming shortly before. In 2015 she performed CMW, NXNE, SummerWorks and POP Montreal among other shows in and around the Toronto and Montreal area.

And to quote Animalia - The world seems to toy with your emotions, picking you up and then dropping you back down just as quickly. 'Face On' plays with the idea of being in an actual relationship with the world – the world being the collective of life and it’s events – and in a moment of hopelessness I ask it how and why can it be so cruel and yet, how can I remain so deeply in love with it at the same time.

One of eight songs on 'Dissonance' the song 'Face On' helps the listener anticipate what to expect from the album. Both vocals and music are highly distinct in nature, with each song so very well crafted with extreme attention to detail. It's music as art, without self indulgence, but with considerable passion and intent. I have to say, as 'dark electronic' artists go, Animalia really does shine a light (oops), this is one of those albums that I can't help but want to play again (& again).