Showing posts with the label Resignation
Show All 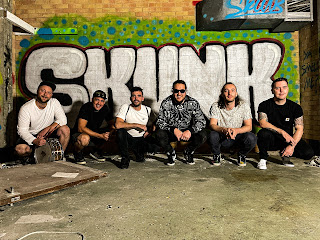 The Barefoot Bandit - Criminal Damage. South-West, UK 6-piece The Barefoot Bandit return with the striking new single ‘Criminal Damage’, released at the same time as the band’s debut album Hello Welcome. Blending elements of reggae, dub, electronica and even punk rock and world music the band have built a strong and loyal fan base, as well as a growing hype and are set to take things to the next level with the release of the new album. Talking about the album, the band explain: "’Hello Welcome’ is a collection of sounds written by The Barefoot Bandit. A pipe dream turned true when we had the opportunity to record the album at the awesome Karma Sound Studios in Thailand. A dub fueled exploration of reggae, punk and world music takes you on a journey from the South-West of England to South-East Asia.” The album’s lead single ‘Criminal Damage’ is a prime example of the band's work. Tight ska rhythms, infectious brass, choppy piano, driving guitar lines and elegant splashes of at
Post a Comment
Read more
More posts