Showing posts with the label SOMOH
Show All 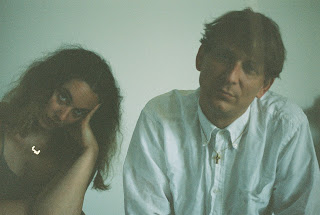 Bad Hammer - Away. Berlin-based shadow-pop newcomers Bad Hammer have shared sombre love song, 'Away'. The track and accompanying video are the final pieces to be shared ahead of the release of their debut album, End Of An Age, which is due out this Friday. On their new album, the duo blend melancholic melodies with poignant guitar riffs, meandering along warm synth pads and subtly driving drum beats to dazzling effect. Thematically the songs that make up their forthcoming debut, End of an Age, are connected by referring to a state of being on hold, undetermined, between looking forwards and back, holding on to something and anticipating change. Bad Hammer are Lisa Klinkhammer (synthesisers, vocals) and Johannes Badzura (guitar, drums, vocals). In 2019, they released their debut EP, Extended Play, and have been touring extensively throughout Europe ever since, opening for like-minded artists including Molly Nilson, Sean Nicholas Savage, Jaakko Eino Kalevi and more. The album’s
Post a Comment
Read more 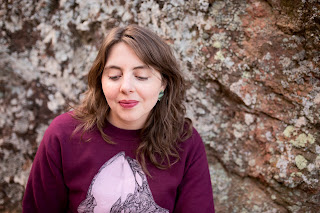 Moriah Bailey - The Ocean Life. Oklahoma songwriter & harpist Moriah Bailey releases “The Ocean Life” from her upcoming album i tried words out December 2nd via Keeled Scales. Inspired by her earliest memories of music, the track is a multifaceted and alludes to notions of freedom, environmental degradation, capitalist consumption, and longing for a different kind of life. The music video was directed & edited by Lauren Reese, with assistance from Holly Pierce & Elmer Fajardo. “The Ocean Life” music video couples Bailey’s soft but steady harp with snapshots of the natural landscapes in Oklahoma – revealing that change is omni-present. What Bailey has to say about "The Ocean Life" & music video: "The Ocean Life" is about a lot of things and can be interpreted in different ways. In its broadest sense, for me, the song is longing and hoping for a different kind of life, and its also lamenting losses resulting from the ways that we relate to one another
Post a Comment
Read more
More posts