Showing posts with the label This Lonesome Paradise
Show All 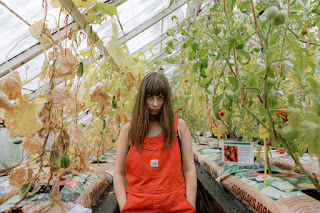 Photo - Jørgen Nordby Siv Jakobsen - Tangerine. Siv Jakobsen has released her new single "Tangerine", the latest taste of the acclaimed Norwegian singer-songwriter's upcoming third album 'Gardening' - out on 20th January 2023 via The Nordic Mellow. Jakobsen has also announced a UK tour this November supporting Mom + Pop signees Beach Bunny, with stops in London, Bristol, Manchester, Brighton, Dublin, Belfast and Glasgow. Sharp yet surreal new single “Tangerine” is told from the perspective of someone who feels helpless, disposable and worthless. “I imagine this person trapped in a house, needing help and not being able to ask, then locking eyes with a neighbour and silently asking for help they’ll never get,” Jakobsen says. Lyrically inspired by the work of Japanese author Haruki Murakami, Siv Jakobsen's stronghold of lyrical imagery is undoubtable. ["I’m a tangerine, peel me / Throw me in the sink, Leave me there to stink / I’m a tangerine, squeeze me,
Post a Comment
Read more
More posts