Showing posts with the label Isla Craig
Show All 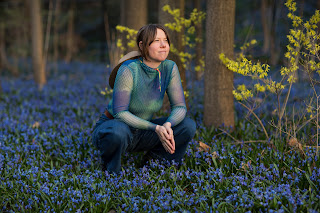 Isla Craig - Moon. Today, Toronto based songwriter Isla Craig has shared 'Moon', the second single to be taken from her forthcoming album Echo's Reach. Of her new single, Isla says: "The new single is my humble offering into the canon of 'Moon' songs across the ages. A song that is more a vibe and a vibe that asks us to suspend the harsh frequencies of earthbound folly for a moment of reflection and feeling. Keeping it psyche and casting a spell, the lessons of the moon of which I live to tell!" For over a decade Isla Craig has created a formidable body of work, a unique musical vision last heard on 2018’s The Becoming and stretching back to 2012’s Both the one & the other, (an a cappella suite of songs featuring some of Toronto’s best known vocalists Daniela Gesundheit, Tamara Lindeman, Ivy Mairi, & Felicity Williams).  With Echo’s Reach, Isla presents a sophisticated set of compositions that perfectly wrap her Highland influenced melodies in an
Post a Comment
Read more
More posts