Showing posts with the label The A.M.s
Show All 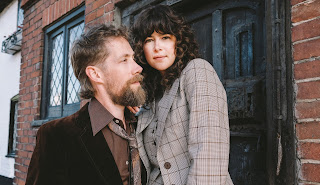 Native Harrow - Old Kind Of Magic (New Album). We are delighted to share the title track 'Old Kind of Magic', leading the way on the fifth long player from Native Harrow (their third for prestigious London based label, Loose). The album is described as "a sojourn on their passage between two lands; a luxuriant and fecund annunciation." Beehive Candy have featured them before and we were really impressed back then. Now we are blown away by the new collection of songs, both beautiful, thoughtful and wonderfully natural.   In the first days of 2021, the band known as Native Harrow landed seaside in Brighton, England. Its leaders, Stephen Harms and Devin Tuel, arrived with a few trunks worth of books, clothes, guitars, and microphones. Settling in at the very top of a crumbling regency building where the seagulls call to the sun's rise and fall each day, they thought “this is the perfect place to make a record.” Immersing themselves in a new place filled with unfamil
Post a Comment
Read more
More posts