Showing posts with the label Micah P. Hinson
Show All 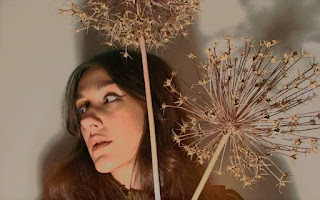 Holly Henderson - The Planes. With the release of new single “The Planes”, Holly Henderson has announced that her second album, “The Walls”, is finished, mastered, and on its way to the pressing plant for release in early 2023. The long-awaited sophomore release from the UK alternative singer-songwriter brings a very different side to Holly’s musicality and depth. While her debut album, “Monday Green” featured Holly’s impressive rock guitar work and alternative pop anthem prowess, her new work shows a more introspective, and slightly more delicate side to her songcraft. “The Planes”, is a beautiful retro gem that instantly pleases the ear with its silky-smooth layers of haunting psychedelic harmonies and fuzzy guitar leads. There’s a crisp organic sound encasing the track as stunning streams of consciousness collide in shimmering audio gold. Recorded in a farmhouse in the English countryside, “The Walls” brings Holly full circle from her previous Los Angeles recorded album. Finely cra
Post a Comment
Read more 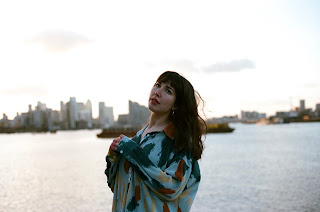 Photo - Abi Sinclair Thallo - Crescent. Upcoming Welsh (U.K.) artist Thallo makes a haunting, otherworldly blend of bedroom/dream-pop with contemporary classical touches and subtle jazz textures, laced with her featherlight vocal and accompanied by high-end cinematic visuals. On her enthralling new Crescent EP, Thallo explores a unique subject matter, and one deeply personal to her – immobility. The three track EP chronicles the artist’s own story about an on-going condition causing chronic pain which began in 2020 and left her temporarily unable to walk or stand, locked-in by her condition after the world had been released from lockdown, forced to cancel her planned appearance at this year’s SXSW (re-schedule for 2023). The title track ‘Crescent’ was inspired by a breakup and friends moving away, with its warm, uplifting brass section mirroring the song’s bittersweet paradox - the undercurrent of inadequacy a dependence on loved ones during a long-term condition can cause, contradict
Post a Comment
Read more
More posts