Showing posts with the label McDermott & North
Show All 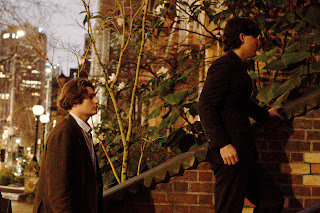 McDermott & North - Elope. Beloved indie folk songwriters McDermott & North are back with their heartfelt sounds, this time with a sweet and sophisticated plea to marry a lover in their new single 'Elope'. The talented songwriting duo have been winning hearts around the East Coast with their busking performances and beautiful songs since 2016, from which time their dedicated fanbase has amassed and only continues to grow. Their charismatic music making has likewise caught the attention of artists Ben Lee and Alex Lloyd, and consequently invited them to support on their separate tours. Stages at Bluesfest, TEDX Talks Brisbane and Bigsound have also showcased the pair in 2019, and they've two sold-out headline shows in their hometown - just to name a few. The innocently earnest 'Elope' is sure to once again melt hearts, as Patrick McDermott and Rhys North do so well, with this release being their second for the year after the swaying 60s-inspired tune, 'A
Post a Comment
Read more
More posts