Showing posts with the label Catholic School
Show All 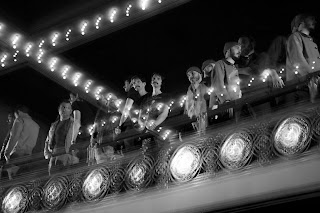 Catholic School - Suicide at Sun Studio (Sessions Mixtape). Memphis' Catholic School uploaded four more songs from the previously unreleased Suicide at Sun Studio session to Soundcloud. When Catholic School has released all the music from the session is released, the band plans to upload the release to Bandcamp as a "pay what you wish" download. The effort, which was recorded at the famous Memphis studio, follows the "Needle In The Storm" single released earlier this year, and which Brooklyn Vegan called, "dark-hued, post-punk-inspired rock." After undergoing many musical shapes and forms over the decades, West Tennessee multi-instrumentalist John Christie started making solo material in 2019. These songs caught the ear of other better-known artists, one of whom urged him to come up with a new name for his project. Christie chose Catholic School as a new moniker and took to the studio in 2020, reaching deep into his past as a recovering drug addict. H
Post a Comment
Read more
More posts