Showing posts with the label Wookalily
Show All 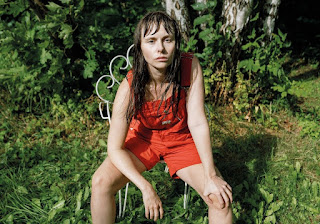 Siv Jakobsen - Gardening (Album). Acclaimed Norwegian songwriter Siv Jakobsen today releases her highly anticipated third album Gardening. Jakobsen will embark on a European tour in support of the album this February, including a newly announced London headline at The Social on 23rd May. The first seeds of what would become Gardening arrived in Siv Jakobsen’s mind unexpectedly – unwelcomely, even. Returning to a city she once called home, her mind and body were overcome by memories – both physical and emotional – that pulled her back into a time she had thought was long buried. As she walked through her old haunts, memories of a “destructive and difficult relationship” rose up from her past like a monstrous weed. Its roots had not been exterminated and it suddenly poked through the cracks of her consciousness, five years after the fact. She headed back to Oslo as the pandemic took hold, lockdown allowing her even more time and space to unpack and untangle her knotted thoughts. In the v
Post a Comment
Read more
More posts