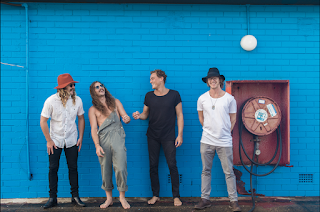 Background promo - Yes Sir Noceur are chuffed as chips to release the first taster of their sophomore EP. Striking while the iron is hot following on from previous singles, 'Luna' and 'Dreamin', the group's new single, 'Turn To Fire' is out now via GD Frnds.

Noceur (pronounced no-sir), one who sleeps late or not all; one who stays out late to revel or party. With a charismatic tendency to refute genres and definitions, Gold Coast's Yes Sir Noceur have developed a cult-like following of music lovers enamoured by the band's Zeppelin-esque riffs and surf-infused, psychedelic rock.

Refusing to be pigeonholed, Yes Sir Noceur casually flirt with genres to transcend the prevailing psychedelic sound of the moment. If Jim Morrison, Tame Impala and the Beach boys had a one night stand, Yes Sir Noceur would be their lovechild.

Featuring the enchanting, light vocal licks of fellow Gold Coast songstress, Aquila Young, 'Turn To Fire' is a revelating spark in pace for the band. As the rolling drums and whirring guitars take flight, a journey of epic proportions takes form. Both Aquila Young's and lead singer Marc Cowie's vocals shine through and crescendos for an all-out psych explosion.

Presented as the first teaser from the yet-to-be-named sophomore EP, coming later this year, Yes Sir Noceur have pertinently recaptured their core psychedelic trends for what's to be a whirlwind future release. Website here.

With dreamy vocals and a smooth rhythm 'Turn To Fire' slowly unfolds into a melodic song, that then bursts into life for the choruses. There is something of a natural psychedelic feel to the track, and Aquila Young's contribution is most welcome. 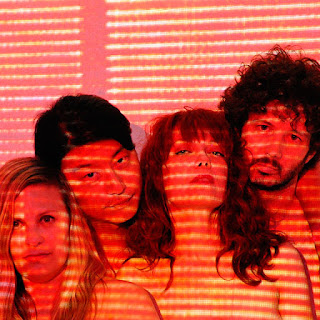 Background - Often compared to new wave bands New Order or The Human League, Scam Avenue has just officially launched the debut single, "Sailor" this week, The song and video is from the upcoming EP.

Scam Avenue exists in a world where New Wave is not a relic of the 80s but the contemporary mode of song. They strip down to the building blocks of electronic pop music and complement them with the occasional surprise: crashing or atmospheric guitars, a drum break out of left field ... What was once retro is new and now and forever. With Scam Avenue you can hear the timeless New Order appeal of drum machines and Britpop guitars, Human League synths, and female vocals alternately icy and dramatic. A sound that brings to mind Saint Etienne, Goldfrapp, Ladytron, or the pop side of the electroclash years. Facebook here.

'Sailor' is a beautifully layered song, with melodic synths and guitars giving support to the wonderful dual vocals that really make this piece stand out. More please and soon! 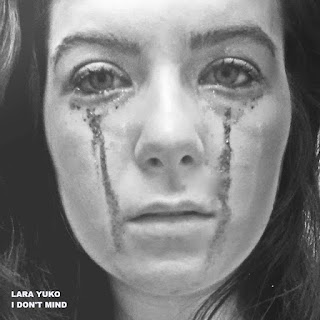 Background - Lara Yuko is a singer-songwriter, artist, and multi-instrumentalist based in Brooklyn, NY. With sharp, biting, and often humorous lyrics, Lara’s songs resonate someplace between the ribcage and stomach. She has often been compared to Angel Olsen, AJJ, the Magnetic Fields, and Arcade Fire. Lara released her first album, Now We Can Live Forever, shortly after graduating from college. While living at home and working a bakery job, Lara recorded nights in her mom’s garage to complete the lo-fi work.

On the first track Drive, the singer states, “I thought I would be a star/ The first of my kind/ If I only played guitar/ What a waste of time”. This sentiment begins a cycle of songs that simmer in heartbreak, loss, and remorse. Lara deals with an abusive partner in Knuckle Scars,an absent parent in Technicolor Fakes, and the inevitability of losing a loved one in Be Fine.Catharsis through music is Lara’s speciality, and she wields her skill with grace and confidence.

Following Now We Can Live Forever,Lara moved to New York and released Juvenile EP. These five songs were inspired by her experiences in a post collegiate landscape and capture this ennui fittingly. Her next album, I Don’t Mind, was released in September. Bandcamp (album) here.

Ninth of eleven tracks on the new album 'I Don't Mind' I chose to feature 'Cherry Chapstick' as I love the slight echo on the powerful vocals, against the background piano and understated music. The emotional feel and passion that can be found across the album also shines through on this song. It's an original and delightfully left-field collection of music, the more the merrier I say. 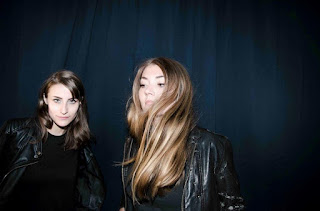 Background - Gothenburg band Pale Honey emerge again from their studio this October to release a brand new single Real Thing, the first new material to be taken from the follow-up to 2015’s acclaimed self-titled debut. Praised for their sparse, direct and distortion-heavy rock, Real Thing sees the band continue to plough these furrows, but also experiment more with percussion and elecronics, while lead singer Tuva Lodmark laces a commanding and intense vocal into the mix.

"Real Thing is what happened when we blew our minds. It's all about knowing what you want and that you’re going to get it. For us it’s courage and confidence packed and pressed into one song. We finished it up in the studio during the Swedish summer with clear visions what it was going to end up in - The Real Thing." – Pale Honey

Pale Honey were nominated as Newcomer of the Year at the P3 Gold-gala in Sweden, and also nominated in no less than three categories for Sweden’s coveted Gaffa Prize. Real Thing was recorded in Nacksving Studios in Gothenburg together with producer Anders Lagerfors. Pale Honey follow a sold-out show at The Islington with a slot The Lexington, London, on October 27. The as yet untitled second album is expected to arrive in spring 2017. Pale Honey is: Tuva Lodmark – Guitar, Vocals and Nelly Daltrey – Drums. Website here.

When rock duo's get it right the music can be awesome. 'Real Thing' oozes strength without being over powering. Vocals are refined and the guitar and drum combination potent without being a wall of noise. The result is a distinct, stripped back timeless rock'n'roll piece. 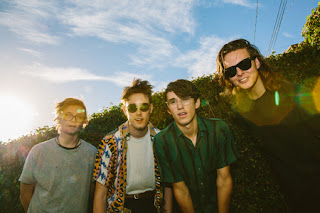 Background - Hippo Campus return with the infectious ‘Boyish’, their brand new single and first studio recording in over a year. The song marks a true statement of intent from the young Minnesotans. Since forming, their ascent has seen them become an undeniable breakthrough act - performing packed shows around the world, and picking up champions in Zane Lowe, Conan O’Brien, Annie Mac, Huw Stephens, Rolling Stone, NME, and many more.

Produced by BJ Burton (Bon Iver, Low) ‘Boyish’ follows the success of previous singles ‘Suicide Saturday’ and ‘South’ - both of which have racked up over 2,5million plays on Spotify - and continues to highlight the band’s prodigious talent.

Discussing the song, Hippo Campus offered the following; "There’s a moment in growing up when it becomes clear that the road you walk is your own to cultivate. The melody was one of the oldest we had. The words deal with ghosts of our past selves. A glance in the rear view at children dealing with the fallout of divorce. The production however looks forward to new horizons. New paths to travel and landmarks to establish."

The band have also announced a fresh run of US tour dates - following runs throughout 2015/16 with Real Estate, Walk The Moon and Modest Mouse, as well as festival appearances at Reading & Leeds and Lollapalooza - with UK shows coming soon.

'Boyish' has charm, energy, melody and enough hooks to explain the bands success so far. It's simply not fair!