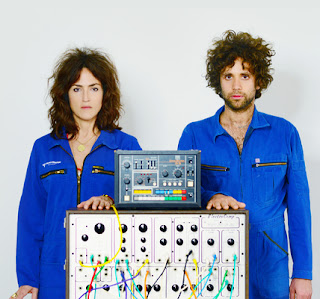 Joan As Police Woman & Benjamin Lazar Davis - Magic Lamp. Background promo - Brooklyn based Joan As Police Woman and Benjamin Lazar Davis will release Let It Be You on Oct 21 via Reveal Records/BFD/RED Distribution. The band will celebrate the album's release at The Good Room in Greenpoint on 10/26. Also on the bill is another of Ben's projects, Cuddle Magic. Initially announced under the moniker ‘2001’ the duo released a pair of partner videos directed by Benjamin Gregory featuring Fred Armisen (SNL, Portlandia); one for the song “Overloaded” with Ben on lead vocals and “Broke Me In Two” featuring Joan on lead. A deeply soulful artist, Joan As Police Woman (Joan Wasser) has famously worked with Antony (Anohni), Rufus Wainwright, Lou Reed and David Sylvian. Benjamin is a talented multi-instrumentalist who currently performs with his band Cuddle Magic, Okkervil River, and Bridget Kearney (Lake Street Dive). Joan and Ben met each other after separate trips to Africa; Ethio
Post a Comment
Read more 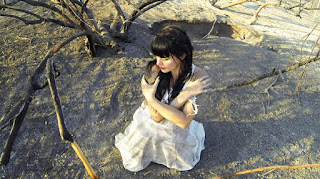 Grog - Guiding Light. Background from Grog - “The video for Guiding Light has an extra resonance due to the timing, circumstances and location of its creation. It was shot against blackened and ash covered landscapes in the aftermath of the Sand Fire, named after the Sand Canyon area where I live, east of LA’s Santa Clarita Valley. It consumed thousands of acres and came within two miles of my house, directly after the day I received news of Al’s passing. You could say my whole world had turned to ash. Previously, I’d spent a week in London visiting Al in intensive care. My mind was filled with dark visions of the destructive nature of sepsis and the harsh, cruel way in which nature often devastates and yet continues to give birth to new life, new beginnings. When the Sand Fire was finally under control I had an overwhelming urge to shoot something; maybe it was about the effort to create something, to try to let something out, or just to feel the ash and dirt on my skin. It wasn’t
Post a Comment
Read more 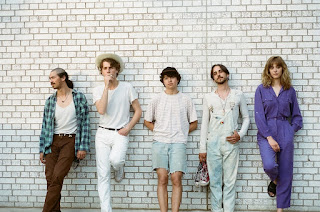 Sunshine & The Blue Moon - Welcome to the Future. Background from the band - News on the detrimental effects that our collective human selves wreak upon our poor planet always get's my mind turning. I notice others are less inclined to want to listen to, or talk about these stories because they're often told to us in a harsh, stark doomsday kind of way, so I thought maybe I would try to write the tragedies into a less alarmist, more upbeat hopeful song, maybe listeners will absorb it and think about it with a more positive tone. The way the recording ended up, with the horns and bombast, just made me think of some strange long-lost educational TV show, and that's the direction we tried to take with the video. Our debut album is out now via The Hand! Bandcamp here . 'Welcome to the Future' is a clever and massively catchy indie rock song. The video adds some colour and fun to the whole thing, the song is more than enough on it's own, so a double helping
Post a Comment
Read more 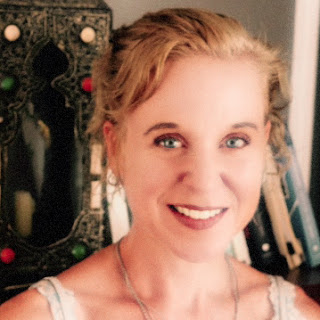 Kristin Hersh - Soma Gone Slapstick. Background promo - The incredibly gifted singer/songwriter and author Kristin Hersh has announced the first single "Soma Gone Slapstick" from her forthcoming solo effort “Wyatt at the Coyote Palace”. This double CD/ book combination will be released by Omnibus Press in the UK, Australia and New Zealand on October 28, 2016 and in the USA and Canada on November 11, 2016. "I heard Soma move through seasons: fall on the rebound, a manic spring, a cruel winter, and through places: California, Chicago, New Orleans, a protest march in Koreatown. When I finished, it was dawn, my engineer and I had coffee and I walked home through fat flakes falling down instead of sideways. Goofy + falling + precise + muscular = soma with a healthy dose of slapstick," says Kristin Hersh, who currently resides in Rhode Island. ‘Wyatt’ is the third release in the ground-breaking book-CD format that Hersh began with her previous solo album “Crooked” and
Post a Comment
Read more 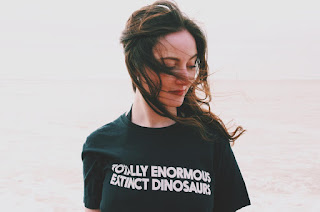 Scarlett Saunders - I Should Know. Background promo - About ‘I Should Know’ Scarlett plays her darkest hand. The sultry vocal stylings and direct address to her father are reminiscent of Lykke Li. “Are you stupid enough to touch her with your love?” goes the hook atop warm synths and clean minimal production. In Scarlett’s words it’s about “the initial anger and confusion that my father was going out with someone who was exactly the same age as me and also 19 years old at the time. About Blue Again EP Poignancy simmers beneath ‘Blue Again’, the new EP by Felixstowe artist Scarlett Saunders. On the one hand it’s a pop record - the immediacy of the music makes this much obvious. On the other, it’s something literary and harder to define; a probing exploration of love lost and time passing. It’s a record that is just as much at home in a casual pop lover’s library as it is in the most zealous followers of leftfield music. About Scarlett Saunders Creative polymath Scarlett Saunders is a
Post a Comment
Read more 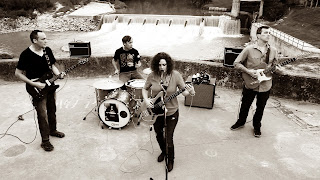 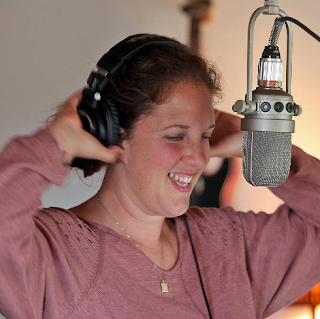 A week ago we featured singer and songwriter Jen Baron and her composition 'Til I've Got You. Since then we have had the opportunity to ask her some questions, and of course being Beehive Candy use this, as a valid reason to share another song, in this instance 'Joy Machine' a much rockier piece and a really good one at that! The major labels have been slow adopters of all things Internet, do you think they now 'get it'? - I definitely see their presence on platforms like Sound Cloud and Instagram. It's a great way for them to promote their artists. I think we'll only see more engagement in the future. Live gigs or selling music, whats the lucrative one these days? - As a songwriter and producer, I'm rarely out there playing live music. The last time I played live was for a Girls Rock SB benefit concert. For me, I'm focused on licensing my music and working with artists directly to cover the songs I write. What I love about the landscape
Post a Comment
Read more 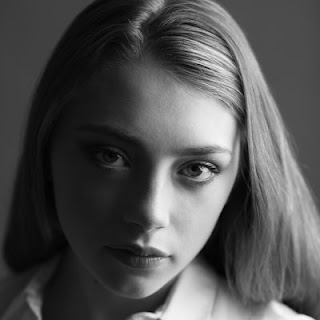 Bitter's Kiss - My God. Background bio - Bitter's Kiss is primarily a vehicle for singer/songwriter Chloe Baker to showcase her talents.  Chloe grew up in a home filled with music, with a father who maintained a studio, a guitar collection and a band, and has been active in musical theatre for years.  Chloe currently attends High Tech, an arts academy in North Bergen, NJ.  Chloe has been serious about writing music for around a year, and has worked with her father to record and produce her music over the past several months.   The reception has been incredibly positive, with a lot of encouragement to take her efforts to the next level.  Chloe uses songwriting as a diary and a means of exploring her world.  The track The Rope, for example, examines her feelings about the suicide of a distant cousin from a very religious background and the importance of staying true to one's identity and finding something personally significant to make life meaningful.  Another song, Too
Post a Comment
Read more
More posts