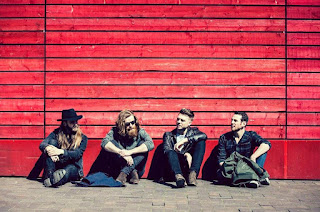 Background - Hunter & The Bear are pleased to share the video for their latest single 'You Can Talk'. Brought up on a heavy diet of rock bands like Led Zeppelin, Black Sabbath and Pink Floyd, Hunter & The Bear are equally inspired by modern bands like Biffy Clyro, War On Drugs and Royal Blood and this latest track - and accompanying video - offers a solid insight into their recording process with more than a glimpse into what you can expect from their raucous live shows.

Releasing one video a month until their album release in May, there's a lot more to come from Hunter & The Bear, the UK's most promising rock export. Hunter & The Bear are: Will (lead vocals, guitar), Jimmy (lead guitar, vocals), Gareth (drums, vocals), Chris (bass, vocals). See our Tour page for details. Website here, Facebook here.

'You Can Talk' has a meaty full on rock feel, that is given some edge by the fine vocals and a band that are musically ultra tight. Despite the influences Hunter & The Bear seem comfortable to carve out their own sound and do so with gusto. 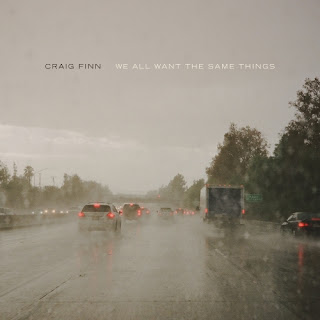 Background - Craig Finn has announced the release of his eagerly anticipated new solo album. We All Want The Same Things arrives via Partisan Records on Friday, March 24th.

“We named this collection We All Want The Same Things after a line in the song ‘God in Chicago,’” Finn says. “It seems like a bit of dark humor in these turbulent political times, but it also rings true: no matter our differences we all have some very basic wants and needs that line up with each other. The characters in these songs are normal people trying to help themselves, trying to move forward, and in some cases trying just to survive. All the while they are negotiating what space the others in their lives can occupy.” Website here, Facebook here.

One of ten tracks on the new album 'We All Want The Same Things' the featured song 'Preludes' is only part of the story. Musically the album is rich in ideas, melodies and musical interpretations. Craig Finn's vocals are natural and passionate. This is one of the first album releases this year, that's headed for my car stereo and a good few extra listens. 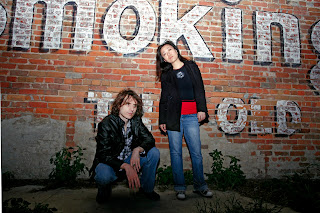 Background - Primal Static is a two-piece alternative rock act. Their music seduces with the soulful essence of blues, and fearlessly rocks with trance rhythms and beats. Song writer/singer/guitarist, G. T. of Primal Static sings and plays without reservation, dripping with raw emotion. His exquisitely thought provoking lyrics are second to none. Keyboardist/bassist, Houfei brings up the rhythm section with her elastic soulful bass and wonderful classically trained keyboard playing. The band uses innovative trance beats to round out their incredibly unique sound sculpture. Primal Static is the definitive live band, with expert musicianship and charismatic presence. Live shows have been the backbone of the Primal Static experience flooring audiences from all over the country!

G.T. and HouFei are life-long musicians, uniting two very different cultures. G. T. has been steadily working on the creation of a new band. With a strong personality and music to match, his modern, exciting songs and guitar work are winning Primal Static fans worldwide. G.T. became impassioned as a child by rock and blues and picked up the guitar, which allowed his songwriting to soar. He draws his inspiration from many great musicians from primal blues to modern electronic trance. The passion and edge in his musicianship reflects the various worlds he inhabits, from traveling troubadour to isolated composer. HouFei once said, “when I met G.T., he was like a furious wild fire that lit up life and music for me as I had never known before. I called G.T. a couple of days after we met, and got his answering machine. A heart wrenching guitar solo greeted me. Time stood still. I couldn’t even speak when the beep sounded. That was my introduction of G. T. the musician.” Website here, Facebook here.

As a two-piece band Primal Static certainly have a rich and layered sound. The 'Panstylistic EP' gives us four very different songs, all of which are really well structured. With the duo creating their own distinct sound across each track, this is a solid and imaginative collection. 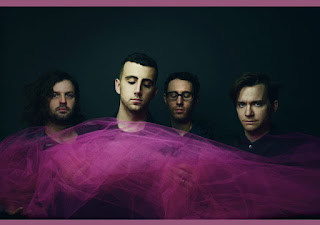 Background - Cymbals Eat Guitars was founded in 2007 by guitarist Joseph D’Agostino and drummer Matthew Miller, who both graduated from Southern Regional High School in Manahawkin in 2006. Neil Berenholz, guitarist Matt Cohen, and keyboardist Daniel Baer joined the band after responding to an ad D'Agostino posted on Craigslist. 90's alternative bands such as Pavement heavily influenced the band's sound. An early version of the song "Share" was released on the Indiecater Vol. 1 compilation in June 2008.

The band first gained buzz in 2009 when their self-released debut album Why There Are Mountains was included in Pitchfork Media's "Best New Music", earning 8.3/10 in the website's review. Later that year, Cymbals Eat Guitars went on tour with The Pains of Being Pure at Heart and opened a couple of shows for The Flaming Lips. In addition, the band played at the 2009 College Music Journal festival and the Pitchfork Music Festival. In late 2009, the band was chosen as of one Beyond Race Magazine's "50 Emerging Artists," resulting in a spot in the publication's No. 11 issue (with Bodega Girls and J. Cole on the cover), as well as an exclusive Q&A for the magazine's site.

2009 also saw a change in Cymbals Eat Guitar's lineup. Dan Baer, the band's original keyboardist, left the band due to an illness, while the band's original bassist, Neil Berenholz, left due to his dislike of touring. Baer and Berenholz were replaced by Brian Hamilton and Matthew Whipple respectively.

In March 2011, Cymbals Eat Guitars signed with Barsuk Records to produce a follow-up to Why There Are Mountains.[12] The band released their second album Lenses Alien on August 30, 2011. In May 2014, the band announced that their third studio album LOSE will be released on August 26, 2014. In October 2015, the band released the song "Aerobed" in Kevin Devine’s Devinyl Split series. SPIN gave the song a favorable review, noting its juxtaposition of a quiet acoustic melody and vigorous guitar lines. The band released their fourth studio album Pretty Years on September 16, 2016. Website here, Facebook here, Live tour dates on out tour page.

OK so the song is from last years album, however as the band have announced new tour dates (see our live tour page) it makes as legitimate reason as any, to give '4th of July, Philadelphia (Sandy)' another play! 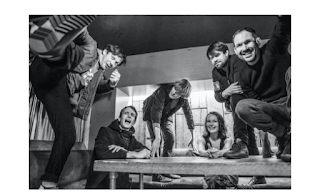 Background - Acclaimed UK rock outfit British Sea Power are back with the forthcoming LP ‘Let The Dancers Inherit The Party’ out March 31st on Golden Chariot (via Caroline International). Cementing their return is the effervescent lead single “Bad Bohemian”, available now as an instant grat with album pre-order.

The band’s first new material since 2013’s Machineries of Joy, Let The Dancers Inherit The Party is a melodic call to arms, direct and brimming with emotional urgency. It’s an album where rock muscularity joins inseparably with pop immediacy like a crate of bubbly exploding inside a Marshall stack. This new 12-track collection sees the band return to the exhilarating, bright-minded guitar music that earned them their breakout nomination for the 2003 Mercury Music Prize as they cover subject matter ranging from the stars in the night sky to the methodology of media manipulation. Website here, Facebook here.

If 'Bad Bohemian' is typical of British Sea Power's forthcoming album, then oh boy! are we in for a treat. The video is kind of addictive, however the song is vibrant, making this an absolute tease to hear more material. 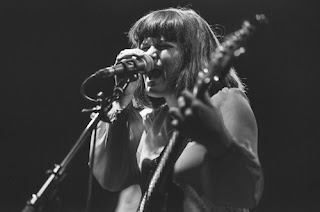 Laura Jean Anderson - Wont Give Up On You (Live @ Kingsize Soundlabs).

Background - Laura Jean Anderson blends Americana, garage rock and folk. Originally from Olympia, Washington, and now residing in Los-Angeles, she is an artist with one foot rooted in the American tradition and the other in a world of modern etherealism. Her original music takes a firm twist on old rock n roll roots, offering an opportunity for a new sound, new wave, new time.

She strives to explore the extremes of human emotion and use herself as a vulnerable canvas of her life stories to provoke honesty, empowerment, and change. "In response to what is going on in the political and social climate, I wanted to release 'Won't Give Up On You' as fuel to the belief that you cannot give up on other people just because they give up on you. It's a deeply personal song but I believe more than ever that the personal is political!" Website here, Facebook here.

The new live video for 'Wont Give Up On You' leaves me hoping that Laura Jean Anderson might just consider doing a gig in my hometown, however several thousand miles and an ocean, might make that a little tricky. Everything is going along beautifully and then the band kick in, and take the song even further up into sonic delight. 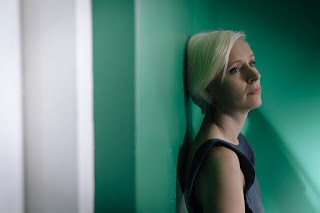 Background - Katie Jay is a singer and songwriter who is currently based in Cairns, Australia. Music has always played an important role in Katie's life and singing and composing songs is something that she has done from a very young age (often driving her family crazy on long car trips). Katie grew up with inspirational role models in her own family, such as her aunt, Sarah de Jong, composer of music for film and theatre and her uncle, Lucas de Jong, who has sung opera all over the world. With these, and other great examples so close to home it was a natural progression for her to find herself involved in the family business of music.

Katie is excited to officially release her latest single ‘The River’, which has already garnered and outstanding reception since its recording. Her songwriting skills were celebrated when she was awarded the Songwriters' Award at the Tablelands Folk Festival, and also was invited to share ‘The River’ on Balcony TV. Katie gained the attention of The Owsley Stanley Foundation in 2015 when she, along with her band The Code, was invited to perform at The Great American Music Hall in San Francisco for a benefit concert for the foundation.

Living in Melbourne, Katie learnt to perform at countless weddings and corporate functions, singing songs which were crafted by the giants of the industry. When she arrived in Cairns a new chapter began as she began to lovingly create her own songs. Katie Jay's ballads have been described as "very personal" and “heart-rending.”

Most recently, Katie Jay has teamed up with Mark Myers (The Starry Field, The Middle East) as producer at Big Sister Studio (Emma Louise, Leanne Tennant, Brealyn Sheehan) in Cairns to piece together lush recordings of her original songs. ‘The River’ is a song that builds and blossoms telling a story of unrequited love and longing. This is a song that sounds fresh but familiar and will lead you back to Katie Jay’s songs for more. Facebook here.

'The River' is a natural and modern folk orientated song. Katie Jay's vocals are both melodic and committed and the musical arrangement is kept a little understated allowing her to drive the melody and passion along.