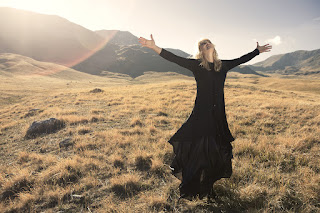 Soprano opera singer Maria Matveeva together with well-known French Grammy-award-winning composer and producer Eric Mouquet aka Deep Forest shared their latest single “Kalinushka” this week, to be taken from their upcoming collaborative three-track EP titled "Siberian Trilogy Project" set for release on the 21st December. In addition to her career as a lyric soprano in the Opera, Matveeva has experimented various musical genres. She is always on top of her game - and in the past she has collaborated with notable musicians such as David Bowie’s pianist, Mike Garson, notable for working with the likes of Nine Inch Nails, The Smashing Pumpkins, Alessandro Alessandroni Jr and Alex Elena, just to name a few. Matveeva’s latest delivery, "Siberian Trilogy Project" is an experiment with an innovative musical idea, which fused different styles: lyric voice, electronic sounds and the ethnic elements.

Since 1992, Deep Forest has been dubbed as pioneers of “ethnic electronica”, mixing ethnic with electronic sounds and dance beats or chillout beats. Nominated for a Grammy Award in 1994 for Best World Music Album, and in 1995 he won the Award for the album Boheme. Deep Forest also became World Music Awards Winner - French group with the highest 1995 world sales. Their albums have sold over 10 million copies to date, and has since toured the world extensively. Since then, Deep Forest has still been going strong, collaborating with dozens of similarly like-minded artists and working closely with label giants Sony and Epic, respectively.

Her pallette of influences come from artists such as current collaborators Deep Forest, Michael Cretu (Enigma), Mike Oldfield and Lisa Gerrard (Dead Can Dance), although her experimental twists and turns, and sonic vocal delivery could compare her best to artists such as Enya, Sarah Brightman or Sinead O’Connor for her theatrics in vocal technique and dramatic stage presence.

Maria’s latest single from her collaborative project with Deep Forest is a flawless mix of traditional folkloric sounds and contemporary electronic production, fused together to create a sound both unique and mesmerising. Beginning with layers of Maria’s vocals, showcasing her virtuosity as well as her passion for vocal texture, the track then progresses hypnotically, riding on Deep Forest’s downtempo beats and melodic electronic basslines. “Kalinushka” will have listeners humming along to Maria’s choral and folkloric melodies in no time, while their bodies will not be able to escape the urge to move to Deep Forest’s crisp drum-beats. MARIA MATVEEVA, DEEP FOREST.

I was not sure what to make of 'Kalinushka' at first, but it was different in a good kind of way so I stuck with it. I was quickly more than intrigued, this is addictive material, as the subtle electronic backdrop and charismatic singing combine to become oh so moreish. 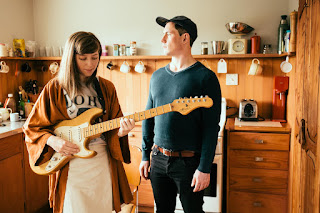 Oxford, MS label Muscle Beach Records are announcing the release of New Zealand’s French For Rabbits’ The Weight of Melted Snow on January 19th, 2019, along with the new track “Highest Hill.”

Written as an exercise on transposing a fictional, yet very real, complex emotional desire to hold love while also desiring to hurt the person and how those past traumas play themselves out in new situations,“Highest Hill” follows this experience through it’s winding, uncomfortable path. French For Rabbits’ lead singer Brooke Singer explains that "writing music is a bit of a mystery process…the words seem to proceed without any logical thought process, so once I write something I often have to go back and re-listen to understand what I’ve just written about!

The verses of Highest Hill kind of play out like a movie scene – they’re quite visual. The song formed around a fascination with the way people can hold conflicting emotions at the same time, and how messy that can be. I was exploring this character who wanted to make the person they love, hurt. It’s kind of about blame - whether that blame is misguided or not."

Led by the soft, smoky voiced Singer, French for Rabbits have been pioneers of atmospheric, delicate dream-pop in New Zealand since 2012. Now Wellington based, the band started out as duo in the small coastal township of Waikuku Beach and have since received international acclaim for their emotionally evocative music. Having toured with Agnes Obel in Europe and Lorde in their native New Zealand, 2019 will see the band hitting the U.S. for the first time with a tour around their official SXSW showcases (Dates TBA) WEBSITE.

'Highest Hill' is soft, melodic and full of emotion. A gentle rhythm, soothing vocals and musical arrangement that builds by a few layers into a rich accompaniment give this piece real charm. 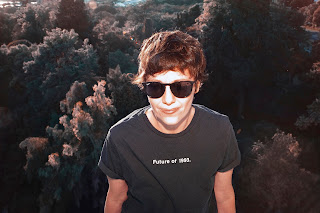 Post Lovers, the Athens-based act of songwriter and vocalist Eleni Karageorgou are excited to announce the release of their self-titled debut album, due out on December 10th via Inner Ear and share the album's first single "Tiger". It follows 2017 debut 7" single "Melbourne/Going Anyway".

Post Lovers play short indie folk tunes, blending a-bit-too personal songwriting with playful backing vocals, all set in a 90's background. In their debut self-titled album Karageorgou generously shares her thoughts with the listener providing a resounding female answer to the male-dominated contemporary songwriting. 13 songs succeed one another naturally without revealing their full potential at once.  Masterly crafted tunes, fragile memories and feelings have been transformed into songs that deal with the savagery of love, family and human nature. The album was recorded in the spring of 2018 at Suono studio and was produced by Coti K.

"Post Lovers debut LP is music and comments made throughout the lifetime of a cat named Rouga. "Tiger" is a storytelling song about a psychologically distressed river." - Eleni Karageorgou

The musicians on 'Tiger' are refined and subtly provide an appealing and quite engaging backdrop for the stylish and individual vocals that give even more to this beautiful song. 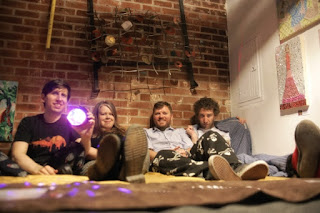 Slum Summer is a San Diego based indie rock/pop band, formed in 2016 by two British and two American musicians. A special relationship: a special new band.

Hugh J Noble (guitar/vocals) grew up in the village of Wymeswold in England where he played drums in an early incarnation of The Wave Pictures (Moshi Moshi Records), before moving on to writing and recording his own songs, self-releasing several records and touring in the UK and USA under various names, pretending to be a band but always lacking the get up and go to actually form one. On moving to San Diego, he decided to get up and go and actually do it at last, and set about the laborious and occasionally terrifying process of weeding through all the weirdos on Craigslist to find the closest thing to normal that was out there: Slum Summer! DJ Anderson on drums, Jen Edwards on guitar, and Scotland’s own Grant Stewart on bass, all occasionally joining in on backing vocals when they’re feeling extra boisterous.

The band was drawn together by their overlapping areas of musical influence, and their relationship deepened as they developed their mutual love for taking long drinks breaks when they’re supposed to be rehearsing. In two uncharacteristic bursts of decisiveness, they whittled down Hugh’s list of 318 suggested band names to decide on Slum Summer, then pared down the almost 318 songs he had written to the handful which make up this, their debut album.

The band self-recorded "ABABO" over a weekend at San Diego’s Ursa Polaris studio, with some extra recording done at different members’ homes over the following weeks. The album is a fair representation of Slum Summer’s musical interests, with the band utilizing different approaches to underpin Noble’s abstruse story-telling lyrics, thick with obscure references. Across the record you can hear them drawing from the same headwaters that fed the alternate-reality pop hits of Alien Lanes-era Guided By Voices, the slack romanticism of Pavement, the headlong rush of Boyracer, the noisy melodicism of The Clean and their Dunedin cohort, and the brooding folk- and classic-rock inflected works of Jason Molina. You may also detect knowingly inexact attempts to reach at different times for both the menacing crunch of early Black Sabbath and the tender balladry of Jackson Browne. FACEBOOK.

'Trampoline' is a vibrant indie rocker with distinctive vocals that certainly add a British feel to this trans-Atlantic band. It's fresh, catchy and with a hint of quirkiness hard to resist.