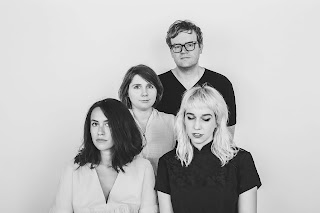 What good is rock and roll without a love story? Even in 2018, among the uneven power struggles and problematic dudes, someone is going to look across the room at someone else and wish they could stand over there, instead of standing here alone. Pretty basic aspect of the human experience, yeah? But somehow, though we can define our political stances in unambiguous terms, our affection remains a mercurial subject for words. On some days, it’s easier to argue with a GOP granddad over the existence of global warming than to face that someone across the room and tell them just what magnetic force draws you near.

“Oh, boo hoo,” say the stable, the pairs coupled in high school, the loveless bachelors in IT. But in the realm of Rose Ette – ostensibly modern-day Houston, spiritually Olympia or London from two or three decades back (respectively) – the mental hurdles that block both parties from honest and true bonds are real struggles worth fighting for. With their proper debut Ignore The Feeling, our four romantics (led by singer/guitarist Teresa Vicinanza capture those challenges in a bell jar; even manic obsessions and unwanted stalkers shine with the opal glow of Lush, or Camera Obscura, or any of your favorite C86 tapes from your lost (or invented) youth.

Don’t let these bottled sprites deceive you, though - even with the sweet perfumes of girl groups and C86 tapes long gone, Rose Ette still bear claws. Three years ago, their first EP Jungle featured the unpolished diamond of “AH AH”, a shredded telegraph from a much murkier garage (and, admittedly, a completely different crew). That tempered snarl still comes out here on “Awake”, a hefty slice of Speedy Ortiz-sized fuzz to remind everyone that the battle’s not yet over: “I’m awake, but I’m running out of time.” You can’t stage a head-on assault when old enchantments still grip the blade, after all.

Mind you, Rose Ette can fire back with charms of their own when they take the stage. Back in August, the gang picked up a limited run of Ignore the Feeling LPs before their day show at Athens Popfest. Right after their blissful set at Little Kings Shuffle Club, folks piled up at the merch table for a copy, and the line backed up to the patio. Our protagonists have allured many a crowd in the past three years, jumping on bills with Deerhoof, Fred Thomas, Dressy Bessy, and La Luz, to name a few. Like a heart possessed by either desire or stress (or both at once), these illusionists don’t stand still.

Of course, all love-weary prose aside, Ignore The Feeling simply snaps a deceptively rosy thumbnail of a band in flux. And while Rose Ette might stand up for the silenced lover, don’t expect Vicinanza and her crew to soften their own voice any time soon. Facebook.

'Ignore The Feeling' is a steady alt rocker with beautifully engaging vocals, along with a vast array of enticing melodic hooks. 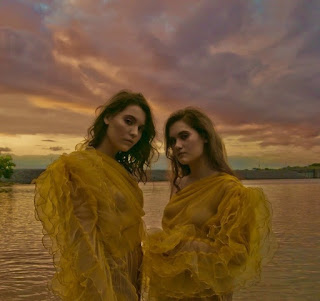 Lily and Madeleine Jurkiewicz, sisters better known as New West Records duo Lily & Madeleine, fearlessly explore — and explode — the conventions of 21st century womanhood on the ten-track Canterbury Girls, due 22 Feb 2019. Co-produced by Daniel Tashian and Ian Fitchuk (Kacey Musgraves’ Golden Hour), the record is named after Canterbury Park, located in the duo’s hometown of Indianapolis, Indiana, and a place that's a breeding ground for these songs, all written or co-written by the sisters, which explore relationships, power imbalances, and the weight of expectation.

Canterbury Girls was recorded in Nashville over a feverishly-inspired ten days with Tashian and Fitchuk. Lily and Madeleine — now age 21 and 23 respectively — recently relocated to New York City and worked separately and together on musical ideas, a process that allowed their individual styles to shine. While Canterbury Girls contains plenty of the duo’s signature ornate arrangements and stunning blood-harmony, the album also finds them exploring new sonic vistas and delivering goosebump-worthy musical moments with quiet authority.

"This is the first record Lily and I have ever done where we have full control over all of the songwriting," says Madeleine. "By the end, I felt like the songs had their own life; they had their own energy.  It was incredible to see them blossom so quickly."

Despite Canterbury Girls' understated veneer, the album’s lyrics are dense, vivid and intense. "Pachinko Song" gives voice to the feeling of being unable to escape another person’s gaze, even from halfway across the globe; and the deceptively breezy “Supernatural Sadness” confronts the pull of a toxic relationship.

Since the 2016 release of Keep It Together (New West Records), Lily & Madeleine have toured as a headlining act, opened for everyone from Dawes to Rodriguez, and in summer 2017, were invited to be backup singers on John Mellencamp's Sad Clowns and Hillbillies Tour, joining him onstage every night to sing harmonies every night.  They will embark on an extensive headline tour in 2019 with dates to be announced soon. Website.

Gorgeous vocals with a simple piano backdrop opens 'Self Care' and as the rhythm kicks in the soundtrack expands ensuring that the song becomes a tasteful tease for the album due in February 2019. 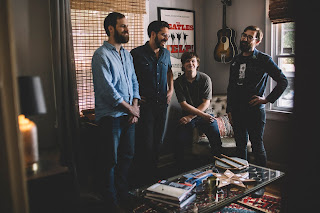 Nashville-based rock band The Prescriptions released a new single "Cuts Like A Knife," and announced a January 18 release date for their debut album Hollywood Gold.

"Cuts Like A Knife" follows previous singles "She Is Waiting" and "Hollywood Gold." Mother Church Pew said "With its bright harmonica-laced refrains, understated organ sizzles, and vintage, wide-open road feel, 'She Is Waiting' is sunshine from beginning to end."

The band recently partnered with the acclaimed Nashville-based YouTube channel GemsOnVHS to release a live video for "Hollywood Gold." East of 8th debuted the video stating "Their sound, influenced by the likes of Neil Young and Wilco, brims with a soothing ease that provides a balm for the ears and a salve for the soul."

While The Prescriptions may come by their Southern style of narrative songwriting honestly, they refuse to rest on the laurels of their musical heritage. Songs like “Hollywood Gold” reflect the band's deep appreciation for their musical heroes while also showcasing the commitment and drive towards something new. Website.

The musical arrangement is superb on 'Cuts Like a Knife' boasting plenty of originality whilst the sweeping and majestic vocals seal the deal.