April 05, 2019
Someone has shared 'I Can't Remember How To Talk To You' a smooth and hook fuelled pysch pop track. Allman Brown's 'Lonely Hearts, Los Angeles' is a gentle folk song that gradually morphs into something much more powerful. 'Full Time' from Field Guide is one of those personal songs that quickly becomes quite infectious and heading for a second listen. If you need a fix of feel good music and a bit of a lift Winter has it covered with the charming 'Bonsai'. Adámas blend genres like it's second nature to them, the result is splendid as 'Change It' ably demonstrates. From Denmark we have Rainbrother and their new album 'Island' from which we feature 'Honeybird' a song that suggests the album is well worth checking out. KEØMA sparkle with 'Lovers' a vibrant and danceable tune that is more than just a little catchy. Saltwater Sun have shared 'The Great Deceiver' the title track from today's E.P release as the band continue to impress in a big way! 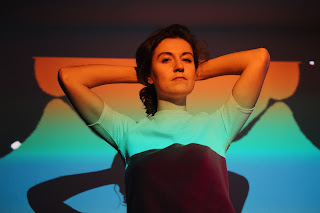 Someone - I Can't Remember How To Talk To You.

Multi-disciplinary Amsterdam artist Someone, AKA Tessa Rose Jackson, releases her new single I Can’t Remember How To Talk To You via [PIAS] Recordings. A grooving twin-paced slice of infectious psych-pop, equally indebted to Tame Impala, Arthur Russell or early 90s French electronica pioneers Air, it is the final single taken ahead of her upcoming new EP Orbit, out 1st May.

The EP uses the metaphor of orbiting planets to comment on our overstimulated generation. It suggests that in spending so much time on our phones and social media, being constantly exposed to external distractions, we are ’orbiting’ around each other and our passions, rarely actually touching, resting, focusing long enough to truly connect.

The single in question also has a more personal, relatable meaning: “It’s the story of somebody meeting their ex at a party in a wobbly, punch-fuelled moment. In the verses, she’s all cool, kind of a lilting ‘Yeah, I’m doing great, I rock at life’, but in the pre-chorus little cracks start to appear. Suddenly, this hysterical chorus comes crashing in, and she’s ended up on top of the table, mascara streaming down her cheeks… as it turns out: Actually no, she’s not fine. And yes, that escalated quickly.”

Whilst the artistic undertaking around her debut EP Chain Reaction (creating a short film for each track on the record) was already ambitious, yet delivered flawlessly via Someone’s creative drive, the project around Orbit is again nudged up a level. Tessa wants to explore the intensity with which art and music can be fused, in a way that they enhance each other fully. Hence she has created an interactive Augmented Reality exhibition that combines Someone’s psychedelic music with cutting edge technology and hypnotic art. 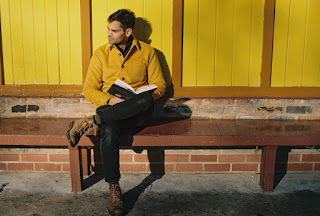 Since making his mark on the illustrious singer-songwriter scene with his breath-taking debut album ‘1000 Years’ in 2017, Hong Kong-born but London-based frontman Allman Brown looks to continue his ascension with his latest single ‘Lonely Hearts, Los Angeles’, lifted from his forthcoming sophomore full-length ‘Darling, It’ll Be Alright’.

Taking cues from other uplifting artists such as Bon Iver and The National, ‘Lonely Hearts, Los Angeles’ sits as a wonderfully serene yet progressive return for the frontman. Starting with a smooth and humble elegance that showcases his talent for captivating songwriting, the release slowly builds and builds into an explosive crescendo of epic and anthemic power.

Taken from his upcoming new album, ‘Lonely Hearts, Los Angeles’ looks to capitalise on the success of his previous releases such as his ‘Sweetest Thing’, a track that amassed more than 40m Spotify streams worldwide, leading to over a million listeners every month, and bringing his unique talent to the world stage over night.

Produced and recorded with long time collaborator Ian Barter (Amy Winehouse, Paloma Faith) in January 2019 at his Reading-based home studio, the singer has taken the emphasis of his first record and built upon it with sheer gusto and aplomb. This new single acts as the gateway into his forthcoming LP, giving listeners a taste of what to expect and see how he has evolved as a songwriter since we last heard his voice.

Speaking about his new single, Allman Brown added, “Lonely Hearts, Los Angeles is about the distinct feeling of being alone in one of the most singular cities in the world, the sensation of all that grime, glamour and heartache that’s in the air. It’s also inspired by the weird and constant sonic disruption of my tinnitus; it’s a small effort to fight back against it. The song is an ode to everyone in LA struggling against the current to achieve their dreams.” 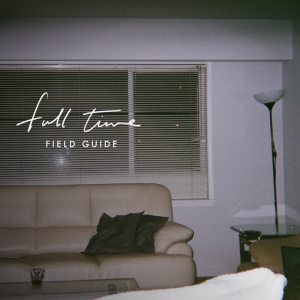 In my opinion, songs are the 2am version of how you’re feeling. Full Time was born in the midst of a lot of life changes; I had just moved, my relationship was coming to an end and I was mourning the loss of the way things had been.

We worked really hard to get the mood right for this EP and I’m really happy with how it turned out.

This EP is the first time I have ever completely self-produced my music. It was extremely satisfying to guide the direction of these tracks on my own.

The songs were mixed with Oz Fritz at Ancient Wave Studios, in Northern Carolina. The studio is located on a farm just outside of Nevada City. It was an inspiring place to exist for a while and focus on creating - Field Guide. 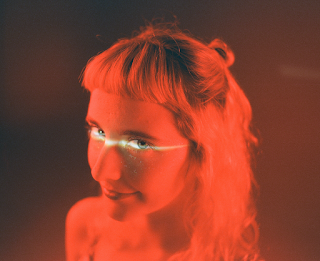 A new EP from LA's Winter is on it's way. The first single & video, "Bonsai", a technicolor whirlwind who's setting is the perfect dreamscape for the song's nostalgic summer energy. The video was directed by Ambar Navarro, who's videos for Cuco, Soccer Mommy, Anna Burch, you've likely seen.

The band is the songwriting outlet for Samira Winter, who grew up in Curitiba, Brazil with an American father and a Brazilian mother, before moving to the US at 18 for college. She started the project in her last semester in Boston then relocated to Los Angeles where the band currently resides.

Since then, she's built a loyal fanbase and toured the US and Brazil extensively. Despite coverage from Noisey, Rolling Stone, Line of Best Fit, and The 405, among others, she's managed to remain a hidden gem of LA's DIY scene, but her 2019 seems poised to change that.

Winter has toured with Speedy Ortiz, Broncho, Anna Burch, and played festivals such as Desert Daze and the Animal Collective Big Sur festival. They have toured internationally in Europe, Mexico, Argentina and Brazil. Winter has released two records “Supreme Blue Dream”(2015) and “Ethereality”(2018) as well as the (mostly) Brazilian album “Estrela Magica” in collaboration with the psych band Triptides.

The Infinite Summer EP shows a more playful 80's spin on Winter's already nostalgic sound. With songs in both English and Portuguese, the five track EP follows the range of emotions any girl will experience in her bedroom daydreams. Infinite Summer will be out April 13th in partnership with Record Store Day as an exclusive to all indie record stores. 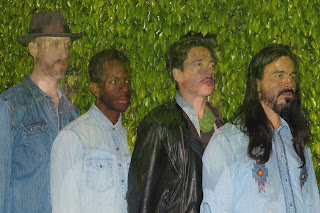 About "Change It": An exploration of the everyday inner struggle. A lullaby for the broken, a song for those who keep going, against the day. A call of awakening, an invitation to transformation through the acceptance of who we are. A shameless procedure, a petition to love one self with no limits, no judgement, as is. To change whatever stands in between of who you were and who you want to be.

About Adámas: Formed in 2015 in a warehouse on Pico Boulevard and in the heart of Los Angeles' Byzantine Latino Quarter, Adámas began as a sonic/lyrical exploration of sounds and themes between friends inspired by ‪Fela Kuti, Talking Heads and traditional music from around the world.

Since then, the group’s members, who have worked with the likes of ‪Raphael Saadiq, ‪LCD Soundsystem, ‪Kanye West, ‪Aloe Blacc, ‪Celia Cruz, Jungle Fire and Monophonics to name a few, embraced their Greek/Colombian/West African/Californian cultural and spiritual roots as Afro Hellenic Punk, a unique infusion of Afro derived psych-funk/soul and electronic sounds that defies geography and time. Following their March 2017 single release titled “Living the Dream” (Belú Music), Adámas are now preparing for the release in Spring 2019 of their first formal offering, the EP titled “Liminal”. 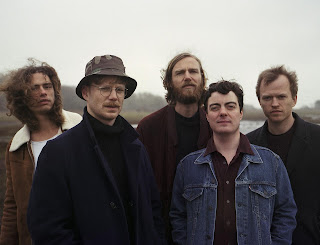 In order to escape the rat race and record the album, the band relocated to the attic of an old farm along with producer Kennie Takahashi (Danger Mouse, Beck, Black Keys).

On tracks such as opener ‘Black Chemicals’, earthy, textured guitars are paired with distinctive vocal harmonies that are reminiscent of Fleet Foxes. Elsewhere on the record, for example on ‘Rio Rita’, more progressive elements come to the fore with clear nods to Pink Floyd and a wider palette of sounds, both acoustic and electronic.

Along with touring their native Denmark and the UK, the band have appeared at Bestival, SPOT Festival and SXSW – where in fact the band made the news on the BBC and CNN for an immigration debacle involving their front man Bjarke. When he was denied entry, they had to improvise and they used a pre-taped performance from him projected on a screen behind a drummer while they played their parts in sync.

The metaphorical ‘Island’ refers to withdrawing from the digital noise of the physical world, taking stock of what’s important and choosing to spend more time with the people that you really care for. 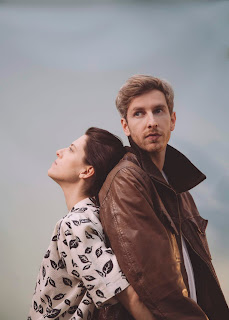 “Lovers” is the first single from KEØMA's forthcoming album Saudade, and offers an honest and personal glimpse into the duo's lives. Sweeping synthesizers and chorus guitars ride shotgun to Klopfer’s cheeky vocal; which delivers pertinent observations such as “I am the one who chokes one your cigarettes and I don’t even smoke”. There’s a flirtatious tone to the whole undertaking that’s a side of KEØMA we haven’t seen before, with an intimate narrative we can all relate to.

This fateful and organically evolving project came together after Klopfer caught a performance from Frankie and suggested they write a song together. The name originates from a Castellari Spaghetti-Western movie about a gunfighter who returns to his hometown only to find out that it’s been ravaged by plague and menaced by outlaws. 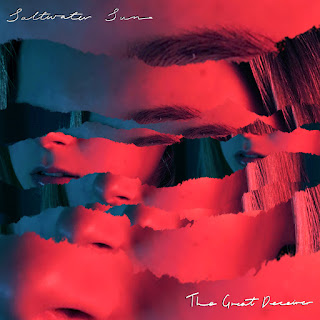 Displaying the quintet at their anthemic best with a barrage of infectious guitars and melting hooks, the follow-up (and EP title-track) has a deeply personal meaning as frontwoman Jen Stearnes reveals: “I wrote this song to my younger self. I always wanted to sing but doubted myself because I hated my appearance and feared it would be scrutinised if I put myself out there.

We all grow up with unrealistic beauty standards, or expectations of how we should be and that makes me think about all the other people have been held back, or made to feel small or like they don’t have a place by those ridiculous standards and expectations. I’ve found confidence over time, but this song services as a little pep talk every now and then, and is here for anyone else who needs it; The Great Deceiver is about finding your voice, not giving in to self doubt and learning to be comfortable in yourself, whoever that is”.

Ramping up preparations for their EP release with impressive support slots alongside US alt-rockers Jimmy Eat World, Anteros and The Amazons, the Reading fivesome will be celebrating with a launch show in their hometown, before a slew of festival appearances at the likes of Live At Leeds and Liverpool Sound City, with more to be announced in the coming months.