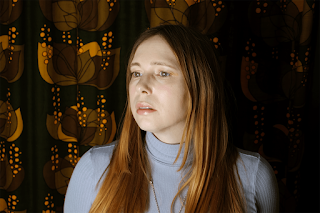 London-based synth-pop artist Alice Hubble has shared her comment on the #metoo movement in the form of new single ‘Power Play’ alongside news that her new album will be released later this year. Described as the work of ‘one lady at home with her enormous collection of synthesisers’, Alice Hubble mixes melancholic pop, layered vintage synths and elegant vocals, reminiscent of Ladytron, Ashra and Goldfrapp.

Her debut album 'Polarlichter', inspired by the 70’s recordings of Tangerine Dream and Sally Oldfield was released in September 2019 to much critical acclaim. Earning the project support from the likes of BBC Radio 6 Music’s Lauren Laverne, Steve Lamacq and Gideon Coe as well as acts like Damo Suzuki, Advance Base, Pram and Beak> with whom she played live.

Where ‘Polarlichter’ offered a soundscape of pastoral solace, new single ‘Power Play’ is a much more direct offering. Written in March 2020, Alice found herself channeling a lot of anger into the single. “The track is my comment on what happens in a post #metoo world, once the worst offenders have been ‘cancelled’ and caught and the news stories have been had. Has something changed?  Does society move on and go to the next issue?” explains Alice.

The song references the mass hex of Brock Turner, when witches around the world joined together to hex the Stanford swimmer convicted of sexual assault. “I am fascinated by this form of collective digital activism,” she says. “In honoring this, Power Play is the closest thing I’ve written to a protest song”. ‘Power Play’ wassout on 19th May on Happy Robots and is available to download and stream via all digital platforms, with a new album to follow this Autumn. 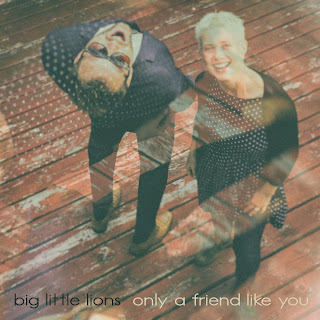 This award winning duo consists of Helen Austin and Paul Otten who, despite living thousands of miles apart, have found a way to connect and create music together. Despite being in two different countries, they have found common ground to share their message. Call it destiny, or call it fate, call it a necessary progression for these modern times.

Helen lives in British Columbia, Canada and Paul lives in Cincinnati, OH. But the distance provides the necessity to create in a new way. Using technology as their ally and their differences as their strength.  Their monthy single releases are their way of getting through this pandemic while all the usual album cyle release plans don’t make sense anymore. Their music is jam-packed with emotion and tight harmonies, the sound of two people working side by side. 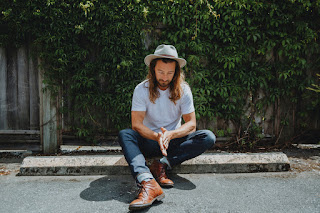 Jesse Roper - Does Anybody Know.

Discussing how the track came about Roper, notes, "It was kind of funny how the song came about. I’d been listening to a lot of Leon Bridges at the time and it was just a matter of time before I wrote something in that fashion. The song is about a guy who’s been dumped and is confused and looking for his ex all around town. I was in a relationship when I wrote it, so it had no particular meaning to me. But months later, after I got home from a long tour, my girlfriend met me at her door and informed me that she no longer wanted to be in a relationship with me. I was shocked and hurt and suffering from all those feelings. The song now felt like foreshadowing to my own future, and I was almost embarrassed to sing it.

But Gus loved it, and went straight to it. The song came together quickly and it was my introduction to his way of doing things,  which I immediately loved.  The tones were rich and the song ended up being really groovy. It was also the first song that Josh Dion played drums on. That guy is next level pro and my mind kind of blew watching him lay it down in one take.

It’s one of my favourites off the upcoming album. I’ve since played it to the girl who broke up with me. She loves it too. And now we’re actually back together. Maybe because she liked the song. I don’t know."

“Does Anybody Know” follows the March single “Horizons,” showcasing a new side to Roper's musicality with a focus on his powerhouse of a voice. Roper is quick to give credit to working with Van Go, who pushed him to explore new musical directions. “Recording with Gus helped take things to a whole new level. Everything was broken down to the finest details and nothing was allowed to sit at just ‘ok’. He really cared where the songs were headed and that they ended up just right. It was all about getting the vibe right.” And right it is. 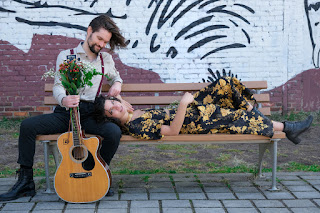 Gawain and the Green Knight - Fingers.

Leading up to the June 11th release of their new EP, A Sleeping Place, Gawain and the Green Knight have released the single, “Fingers.” Filled with allegory and inspired by literature and mythology, the duo calls their sound, “folk for people who like to listen to music while pacing mournfully yet poignantly through the streets, pretending they’re the protagonist in a very beautiful film.”

“Fingers” is “a love song for my soon-to-be husband [bandmate Mike O’Malley], simple as that,” says singer/guitarist Alexia Antoniou, and one of her only auto-biographical songs. She found inspiration in an unusual place - on an airplane, when they were unable to get seats together. “I had been reading Madeline Miller’s Song of Achilles and finished it mid-flight and was just completely emotionally devastated. I wasn’t just teary-eyed, I was outright weeping- so much so that the woman next to me took one look at me and started turning up the volume on her little headrest TV,” Antoniou recalls. “I managed to make meaningful eye contact with Mike across the aisle, and with a few gestures of the head, he agreed to meet me near the airplane toilets so I could cry some more on him. ‘Fingers’ was inspired by that whispered conversation.”

O’Malley produced the song with that same intimate, hushed atmosphere. “I wanted to ride the line of all-the-way-in-love and all-the-way-scared. And I wanted Alexia to sound like she was alone in the dark with a torch,” he says. “Sparseness and reverb seemed the order of things - a little Rhodes piano here, a little bowed bass there.”

Inspired by the etymology of the Greek word for cemetery, which simply means “a sleeping place,” the EP sits comfortably in the deep, sometimes dark, parts of the subconscious, arranged in such a way that you remember why life can be so joyful in the first place, its tempo anything but sad. “I think of this EP as a love letter, full of desperate affection, to anyone who has ever been alive and been scared to die,” Antoniou states. 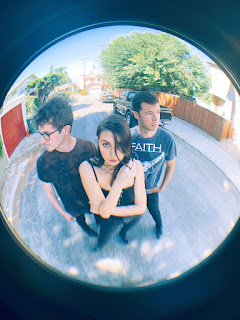 Consisting of front-woman Jessica Vaughn, a songwriter and vocalist whose music has been heard on a variety of top networks, including Netflix, MTV, NBC, ABC and more, songwriter and producer Curtis Peoples, who has a storied musical past as a songwriter for artists like Pierce The Veil and Third Eye Blind, and producer Colin creeV, who has produced big names like Jez Dior, hot up-and-comers like Traces, and even Third Eye Blind (of which he is a band member), Rvrside came together over a love of grunge, pop, and dirty synths.

Taking inspiration from the spirit of the 90s, Bullet With Butterfly Clips welcomes listeners into RVRSIDE’s world, “a little dark but not too self-serious,” with a mix of originals and a few choice covers. Three new songs from RVRSIDE appear alongside hypnotic reimaginings of quintessential 90s hits. The next single, “Beautiful Life” (out 4/23), turns the Ace of Base bop into a sinister alternative pop anthem, while “Love Me Like The End Of The World,” is “a love song for the apocalypse.” 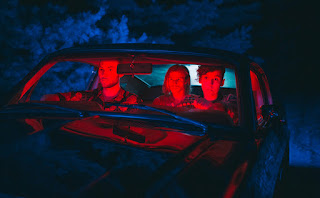 Lipstick Jodi, the Grand Rapids trio led by powerhouse non-binary songwriter, vocalist, guitarist Karli Morehouse, want you to know who they really are with their latest single, “Don’t Wanna Know.” Out now, the track is featured on More Like Me, Lipstick Jodi’s sophomore album due June 4 via Quite Scientific.

Discussing the single, Morehouse stated, “The first demo I made of ‘Don’t Wanna Know’ was the first spark of Lipstick Jodi's renewal for me. It seemed like the light at the end of a really long tunnel. I was feeling stuck in time in the eyes of the people around me; like I was being judged constantly for my past. I felt like no one wanted to know me past surface level, or know me for who I really was and who I would become.”

With More Like Me Morehouse closes the books on everything that got them to this place. All the raw emotions and experiences of childhood, teenage complexity and early adulthood angst are explored and expressed in depth - soundtracked by adrenaline rush of synths, guitar-fuzz and propulsive drums. When Morehouse sings, they blast through the sounds in triump.

Listening to More Like Me is like thumbing through a journal of self-improvement, self-doubt, self-preservation, and self-celebration - words sometimes written in a steady hand and sometimes scrawled angrily on the page. Through their music Morehouse explores the deepest valleys of their mind, celebrating small victories, right after a big fight, or driving fast yelling out the car window on the treacherous road of trying to do better. While the songs contained are wildly infectious, Morehouse could not be more clear what this album means to them. A little more mature, a little wiser, a lot more confident about what they want from their music, what they want to say as a queer artist, and what they want from life. More Like Me is just that.