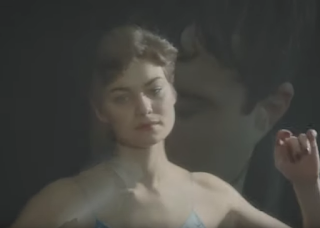 Two weeks after the release of their second single «Welcome to the 20’s», the band Laddermen (CH/US) delivers the accompanying video clip.

In February, Laddermen from Lucerne emerged on the Swiss indie scene with their debut single 'The Huntress Obeyed' and generated radio airplay beginning throughout Europe, finding a home in central America and reuniting with its roots in the States - guitarist and singer Leopold Oakes moved to Switzerland from Texas just a few years ago.

Laddermen will release their debut album later this year. Their haunting songwriting and deep dramaturgy, for which they draw inspiration from English bands, should splash the indie scene with another palette of colour. 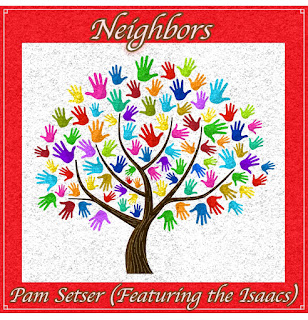 Neighbors, is a song that says so much about my life. The lyrics are not just a reference to people who live near you or in your community, but how we relate to each other in general.

I was fortunate to grow up singing in a family band, "The Simmons Family." We sang at our local courthouse and traveled many places to promote our small town, Mountain View, Arkansas. All of these experiences were wonderful, but my best memories are of neighbors from near and far coming to our house for what we call "pickins."

Many great friends and musicians enjoyed many hours of music. Also, on occasion, a delicious breakfast was prepared early morning by my mom. Charley Sandage became one of those neighbors and wrote this song for my family in 1975. "Neighbors"  has been recorded by The Simmons Family, The Grandpa Jones Family, Harmony, Joe Mullins, and the Radio Ramblers and most recently on my new album, Pam Setser, Now. 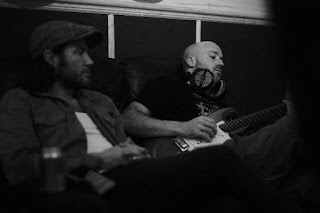 ‘Don’t Ya Love Democracy!’ is the first single from ‘All is Lost’, El Misti’s second album in as many years. Encapsulating frustration and concern for the expanding control in every aspect of life. An anti-imperialist boogie, a song of its time.

After last year’s eponymous debut, El Misti return with their second album in 2021. Despite turbulent times and ever-changing circumstances, ‘All is Lost’ marks a striking development in their sound and musicality. However, before this epic LP gets its full release this summer, the Liverpool/Cheshire band have offered up their first single entitled ‘Don’t Ya Love Democracy!’ which comes with a steady flow of insightful instigations towards an unbalanced centralization of power throughout the lands.

Singer and songwriter of the group Paddy Bleakley, gloriously throws up a catchy chorus reminiscent of The Doors and Dylan in full late 60s Vietnam style protestations, “Tongue tied, I will be no longer, Tonight, I will bring your house down, Freeride, You won’t get from me, Because I’m already sick and tired of the way things are.”

The verses are acerbic and full of venom for a world gone insane over the course of the past twelve months, but its beautifully disguised in a bluesy romp which allows great enjoyment on whichever level you choose to focus on.

Of the new album Paddy explains, “Completing a record is never an easy road, especially as directionless as everything seems to be right now, but the affinity and trust of this group of experienced, adventurous, and independently minded musicians was enough to anchor it through to its conclusion.”
El Misti · Don’t Ya Love Democracy 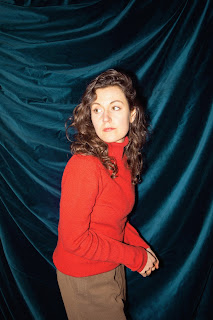 Someone is the work of Dutch/British musician, producer, and visual artist Tessa Rose Jackson, a purveyor of abstract stage visuals and psychedelic pop music, with a soul and voice as  light as Air, as fragile as Feist, as deep as Nick Drake and as future-psych as Tame Impala.

Strange World is the first single to be taken from Someone’s velvet lined, cinematic debut album Shapeshifter (coming late 2021), a record that is intimate and immersive but also richly layered and uplifting. Written during lockdown it conveys the strange often surreal feeling of a life suspended.

Strange World, the alluring dream-state beauty that is the album’s first single, explores the paralyzing realisation that we cannot control life, nor predict an outcome. Born as a simple bass melody with a melancholy that conjured up a sadness of time passed;  the song grew to touch on the bitter-sweet escapism of daydreams where the warm security of nostalgia contrasts with our uncertain future. As Someone explains:

“I couldn’t stop playing it and in my mind the image started to form of a vast outstretched beach. Deserted, but for one person. This is her place; this is where she keeps returning to. But it’s not real. And so the story started to take shape. The song is about stepping back into an old, fond memory. And though it welcomes you in every time, the more you revisit it, the more you begin to realize how much things have changed. It becomes a reminder that nothing is constant, not even you.”

Strange World’s video was shot in London during lockdown by director David Spearing alongside Someone who joined the crew via video call. Inspired by their mutual love of musicals, the video uses dance to subtly reference our current isolation. As Someone explains:

“The idea was to create a video about a young woman who uses her imagination to evoke magic in the world around her in a situation that could very easily become numbing.”

Strange World is visually and sonically an exploration of the human mind’s ability to imagine and transport itself out of a bleak present and, ultimately, it’s about the importance of “staying positive and staying playful.”

A Wy song at their best sounds like opening it all up, and letting the feelings flow where they will, letting the pain, anger, fear, hope and love steer the song. Those emotions are spun into the band’s skyscaping, cinematic sound, and turned into music that has a force behind it, a power that hits you, even when it's at its softest. And that power that illuminates the band’s songs is more present than ever on their new album Marriage which is out now.

Marriage is the first record since signing to Rama Lama Records (Melby, Steve Buscemi's Dreamy Eyes, Chez Ali etc.) and the sound of Wy moving forward and backwards at once. Leaving the more produced style of last album Softie behind, it turns to the simpler sound of their earlier work for music that’s rawer and sharper. On both the indie-rock and the pop songs of this album, there’s less between the listener and the heart of the song - this is music that’s very direct, both in theme and sound, with melodies that hit cleanly and leave nothing even trying to hide. It’s the work of a band that have grown into themselves and what they do, and making the strongest songs of their career.

That album, in a way, begins with a wedding. Ebba and Michel have been together since their schooldays, but a couple of years ago they tied the knot. The songs on Marriage have all been made since their wedding, and so in that sense the timing made it a natural title for a record that’s something of a scrapbook from the first two years of that marriage. But there’s also a deeper sense to it. Both in sound and theme, Marriage is more of a conceptual record than their earlier work. Ebba writes the band’s lyrics, and on the previous albums her themes were specific to her. But on this album, their relationship is at the heart of the songs. The lyrics have come from the experiences they’ve shared together, which they’ve then worked together into what they want to say, to each other and to everyone else.  “I have always written the lyrics”, says Ebba. “But this time they feel like our lyrics, and not just my diary set to our music. We've talked a lot with each other about what we want to say. About who we are and where we can find our place in the world. The title has been in place since we started, and that was because a lot of the songs revolved around our relationship since we got married. Not so much the relationship between us, but more about the internal conflicts that appear when you’re in a long-term, safe relationship, where you’re really sure about each other, but you’re not sure about yourself”.