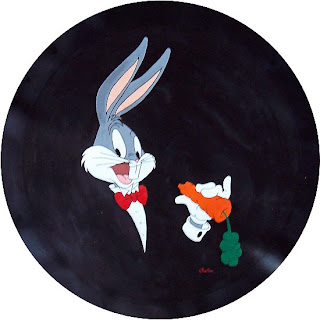 I am going to avoid any pretentious personal charts for the year soon to pass.

Rather you can just skip back over the previous 'Whats Up Doc' posts, and if you are still awake, after the ordeal, get a feel for some of the more current music that has appealed to my ears.

Among those already featured have been, Vanessa Paradis, Clare Burson, Lucy and The Teenage Monster, Siouxsie, Tegan and Sara, Radiohead, Bruce Springsteen, Babyshambles, Robert Plant and Alison Krauss, The White Stripes, Pauline Croze, and plenty of others, some well known and some not so well known.

So on this edition I thought I would fill in some of the gaps, of other artists and music, that has appealed this year.

Afterwards I will probably remember some more, so lets just say, this is far from definitive.

Neil Young's 2007 release 'Chrome Dreams II' is simply wonderful! Full of a variety of styles , it exceeded all expectations by miles. Here are a couple of examples:

If you have not checked out Beirut, then please do, Zach Condon has come up with some incredible music that skips across genres with ease. I just love watching the music press trying to place them in one. From the second album 'The Flying Club Cup' here's some choices:

The previous album 'Gulag Orkestar' has a wonderful 'Balkan gypsy style' , like I say hard to define, all I can say is check them both out!

Bjork remains as popular as ever, her album 'Volta' this year, is a favorite of mine, and watching the Glastonbury concert (albeit on TV sadly), was really superb.

Grinderman was a rollicking blast from Nick Cave and three other Bad Seeds, gone was some of the seriousness on more recent material, and a little bit more rock'n'roll.

Have I mentioned Arcade Fire this year? OK so here is another shameless plug for their second album 'Neon Bible'. That's all it is, a shameless plug.

I banged on about Rilo Kiley last year on another blog, this years album 'Under The Blacklight' has gained lots of attention, and that's deserved as far as I am concerned. Its a good album, a little less indie a bit more LA classic pop, and whats more highly enjoyable.

Last month I mentioned Kate Nash, and commented that I was not sure what to make of her album. Yes I still here Lily Allen in there, and I can add Goldfrapp as well now, but actually I really like her music. Here's a couple more reasons:

Finally a totally unrelated song from the late great Kirsty MacColl - do I need a reason?

You can find all the featured artists albums in the Beehive Candy Store with some quick links HERE, HERE, HERE, and HERE.
Sample MP3's 2007

Anonymous said…
thanks for these and the other round ups - i would never have listened to kate nash and i think i have an idea now why you gave her a second listen
10 December 2007 at 22:44