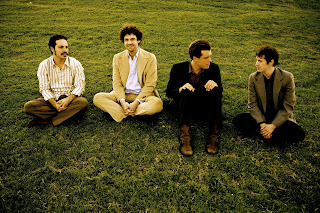 OK it's a double header today, with a second Beehive Candy recommendation, and this is superb (I know, in my opinion).

I'll quote the press release because as I listen again to the album now, this kind of summarises matters..

Or to put it another way, it's a good listen, with some very talented support along the way.

It's great when a new band come along and grab your attention on the first song, OK they have been around a while but this is all new to me and hopefully some of you will enjoy the discovery as well....
Beehive Recommends 2009 (MP3's)