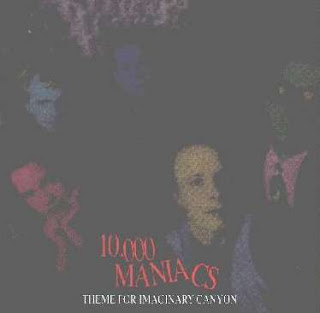 This concert was recorded for the Westwood One Radio Networks 'In Concert' series and was subsequently broadcast on October 25th 1993 .

The band had already recorded the MTV Unplugged concert a couple of months earlier, and that was of course released as an album around the same time as this concert was originally broadcast.

As was mentioned in the last 10000 Maniacs feature, Natalie Merchant had already informed the band she was leaving. This concert was part of the 'Our Time In Eden' tour that concluded with Natalie's final performance in the band a few weeks later in New York on the 29th July. 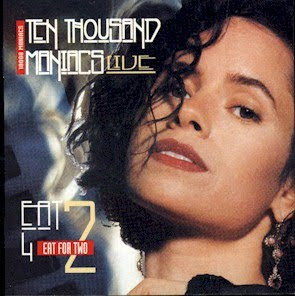 The Greek Theatre concert was released on CD as a bootleg by various 'labels' and with Natalie departing the band these became a collectors item for many fans. This particular recording is from an Italian release that was titled 'Theme For Imaginary Canyon'.

Other CD titles of the same concert included, 'How You've Grown', 'Edens Children', 'Eat For Two', 'Our Time At The Greek', and a German record 'label' kept it simple with 'Live In Los Angeles'.

No doubt the bootleggers did quite well out of this CD with so many versions turning up in Europe and the USA. This is a good quality recording of a very good show, so enjoy (free of course).

Anonymous said…
nice one.. kinda classy band that few pay attention to, bit like yo la tengo.. thanks for this, arwen
5 November 2009 at 16:52

Unknown said…
Thanks a lot for this, Beehive! Can't say this enough : the Maniacs and Natalie are the BEST! Got this live performance downloaded and burnt, playing on my Philips micro system on a hot California afternoon caressed by the warm breeze? Memories of Natalie's tour de force performance at the Greek last Sunday still lingers.....this is what honest music and heartfelt writing do to you. Anybody interested in a copy of this 1993 performance can contact me, I'll burn you a copy for a small charge plus shipping.
22 July 2017 at 23:14