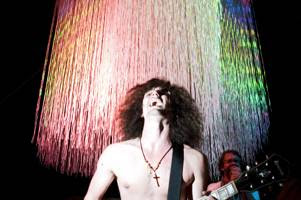 Right then ! The inbox has been filling up with some great new or newish artists and albums so here is a quick pick of the best that has taken my attention in the last few days...

Kicking Off with Bottle Up And Go whose 'darker louder' hi energy blasts into your ears from the opening chord. Their Press says 'Crush up some shards of broken whiskey bottles and colorful confetti and put in a cannon and what bursts out is the raucous, uncaged bunch that is Bottle Up and Go. Comprised of singer and guitarist Keenan “Hot Pants” Mitchell, drummer Fareed “The Prince” Sajan, and saxophonist accompanist Andrew Carrico, Bottle Up and Go are a two-and-a-half-piece, lo-fi blues-punk band from primitive Brooklyn, NY'. Not a bad description at all! 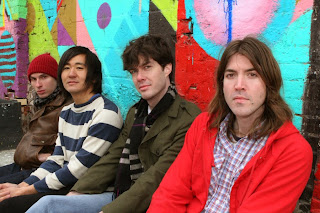 Also heralding from NYC are Jupiter One who are currently touring with Regina Spektor (until the 12th November). The band have an excellent new album called 'Sunshower' in fact as I type I am enjoying a mixture of great and quite catchy indie pop and rock tunes that make up this new release.

Their biography reads - A Sunshower can be a rare occurrence, but when these opposing forces meet, magic and allure is in the air. This is exactly why Jupiter One chose the title (inspired by the Japanese short film, Dreams, by Akira Kurosawa) for their newest Ryko release, which hit the streets on September 15. Their far-out freshness mixed with timeless musical inspirations meshes together in a bittersweet indie-pop rock concoction—produced by the group and noted engineer Chris Ribando (Diamond Nights, The Black Crowes, The Fever).

This young quartet consisting of K Ishibashi (lead vocals), Zac Colwell (lead guitar), Dave Heilman (drums) and Pat Dougherty (bass), has a knack for unifying their contemporary style with a range of musical influences. Sunshower is the result of Jupiter One's experienced ear. For instance, the dancefloor-friendly “Simple Stones,” filled with handclaps and soulful riffs, boasts a bass line for all ages while blending ‘80s Rolling Stones and MGMT. The epic opener “Volcano” resurrects the youthful spirit of the Beach Boys with The Flaming Lips, while delivering one of the disc’s best choruses. And if Ishibashi conjures The Shins on “Find Me a Place,” then he drops vintage, finger-picking folk on “People in the Mountain”. Lastly but certainly not least, their current single “Flaming Arrow,” a shimmering acoustic folk tune, shoots through with a bumping bass line and New Orleans inspired drum groove. This genre-bending approach creates a hook-heavy opus well suited for our A.D.D. times. 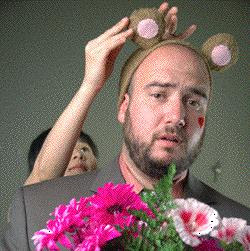 OK so we are definitely stuck in New York at the moment indeed back to Brooklyn for Peter Squires whose debut album 'Woe Is Me' contrasts totally with the above featured bands. Stripped back to guitar, vocals and a littler percussion his indie folk sound is both as refreshing as it is intelligent. His press rightly states - Peter’s direct and honest vocal delivery will make you think of contemporaries like Kimya Dawson and Luke Temple… or even legacy artists like Cat Stevens or minimalist composer Steve Reisch subtle productions while playing with emotions in the way Morrissey would or The Cure. Each song creaks beyond your shield and into your soul creating an album that is all heart, laid bare for our aural pleasure. The up-front honestly, heart on a sleeve Woe Is Me was recorded in Peter Squires Brooklyn bedroom. This stark look at one man’s journalistic view of heartbreak, complete with dark imagery and tender moments too, leaves us listeners with some amazing folk gems.

Full of soul, fear, laughs, tears, broken dreams – Woe is Me is the perfect album for your own woe’s, your own story, your own life as you choose your own adventures.