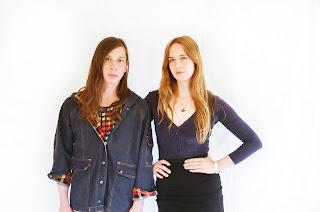 We start August with some great new songs and the first one has been on my personal playlist from the day I received it.

Dominant Legs call San Francisco home. Capitalizing on newfound free-time, as a result of being laid off from his job as an office assistant, Ryan Lynch began to write (and we quote) 'the glittering ballads and blurred-out pop songs that, with the addition of Hannah Hunt, make Dominant Legs'.

Some background - Ryan Lynch, who is also the guitarist of Girls, and Hannah Hunt, both San Francisco Bay Area-natives, were introduced through mutual friends and began collaborating when Hannah Hunt moved back to California after studying Architecture in New York. Ryan Lynch had been honing the band’s misty, nostalgic sound for a while, experimenting with songwriting as a kid and having spent the previous few years playing guitar in another SF band. Hannah Hunt spent her childhood singing and performing; her eternal passion for music led her to dive back in after years of not performing. With Ryan Lynch on guitar and vocals, and Hannah Hunt on vocals and keys, Dominant Legs' sincere and dance-y pop songs tap into a sound that is at once naively sweet and self-consciously tragic. 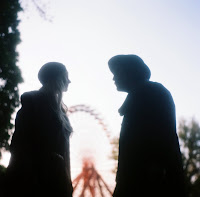 And we quote - The Polyamorous Affair is a nomadic-by-way-of-Los Angeles duo who weave a rich fantasy world into their own mischievous brand of electronic pop. The duo which formed in Denmark in 2007 is comprised of Eddie Chacon and Sissy Sainte-Marie who currently divide their time between Copenhagen and Berlin.This summer they release their 3rd album, Strange Bedfellows. Widely acclaimed across the board from NME to Dazed Digital to bedroom bloggers, The Polyamorous Affair  have become known for their strategic simplicity, chilly beats and warm vibes, all set in some bizarre frame of opulence. Their latest release finds the two conjuring up a strangely seductive electronic hybrid laced with haunting guitars and live percussion that pull you in, spellbound. Their live show is a multi-media experience featuring pioneering Visualist Mr. Cocoon.

Strange Bedfellows, the third release from The Polyamorous Affair finds the duo offering surprisingly few duets, instead each branching into two distinct styles. Eddie reconnects with his soul roots and traditional songwriting while Sissy taps into dreams and trails off on mystical disco byways.

Right them for the third song, we are taking a different direction and whats more we are going to do some serious name dropping!

Chad Hollister has opened for Bob Dylan, Paul Simon and Tom Petty, and in the fall (thats Autumn for us folk the other side of the pond) of 2009 he released Chad Hollister, his fourth CD. The self-titled disc was produced by Anthony J. Resta (Elton John, Collective Soul, Shawn Mullins).

Hollister’s musical style shines original with his percussive background. His personal lyrics are appreciative of a life on Mother Earth and his music is “pure sonic alchemy,” according to Anthony J. Resta.

Chad is on the rise, with “Grow,” a song from his Chad Hollister disc, having gotten midway up New Music Weekly magazine’s AC/Hot AC chart soon after its release.

Raised in Texas, Soft Cat’s Neil Sanzgiri combines as many people and resources as he can together to create a unique blend of influences and arrangements ranging from folk pop to classical baroque interpretations on the singer/songwriter genre.

As lead singer of the Dallas based psych-pop band Voot Cha Index (who recorded with The Polyphonic Spree bassist Mark Pirro) while still in high school, Neil Sanzgiri relocated to Baltimore, MD to attend college while still keeping contact with many of the Texas affiliations he had. After returning in summer of 2008, he formed Talking Tiger Mountain with members of Sleep Whale, Sunnybrook, Matthew & The Arrogant Sea, and a number of other Denton friends, creating monumental folk rock tales. Soft Cat retains many of the production styles learned from both of these bands and integrates it in his own view of what he calls “the sound of everything that never happened” from his favorite songs.

Wild Space is Soft Cat’s first album released through Friends Records. The ideas in this album are a collection of themes and explanations growing to a symphonic conclusion. As Neil explains it, “Any concentration of wilderness, growth, or life contained in a surviving ecosystem located in an urban setting is known as Wild Space. It is a non-domesticated area existing and dwelling as arcane emptiness. Wild Space creates fear from the unknown yet gives context to conformability. Organisms grow and cultivate while going unnoticed. Wild Space serves as the in between spaces in our lives.” 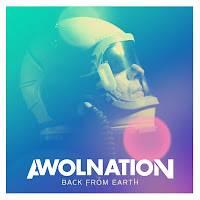 Now if you are finding this 2010FM edition a little to gentle then we have a remedy for your ears.

We are informed - AWOLNATION is a riptide of head-banging dance beats, toe-tapping soul, biting lyrical cleverness and fiery rock romp that is poised to break all the rules of pop music. Who are we to argue..

..and theres more.. More than just a band, AWOLNATION is also an outlet for AWOL’s artistic outlook. To complement the band’s sound and musical aesthetic, AWOL has unearthed a series of Deep Danger and Lost Signal short films that combines the careful details and painterly attention of a Wes Anderson film with the sci-fi imagination and intergalactic absurdity of Barbarella, the movie. You can discover this just HERE. 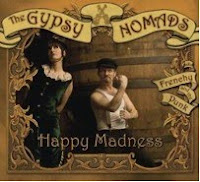 A press release that calls the band 'bohemian-folk-punk' cannot fail to get our attention.

And there is more - The audacious bohemian-folk-punk duo The Gypsy Nomads, lovingly known to long-time fans as “Frenchy and the Punk”, revel in feverish punk-rock vigor, old world melodies, and vaudevillian decadence on their new album, ‘Happy Madness’ (Gilded Age Records / E.A. Recordings). Eugene Weekly praised the album highly, saying, “A sense of magic develops throughout this album, as The Gypsy Nomads explore the interplay between the past and the present,” while Blog Critics referred to the music as “a very unusual experience and an audial trip around the globe,” and Sepia Chord said "It's like the secret history of fairy tales as told in your favorite corner bar at a surreal after hours party".

Beehives Opinion: We are seriously loving this act, if Siouxsie has a musical sister this is her in the form of Samantha Stephenson and the highly talented 'punk rock' guitarist Scott Helland.
Featured Track: Make Out.
Website: Official. 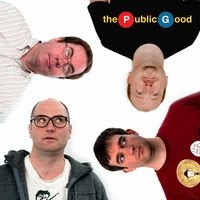 From the opening chords of the featured song by The Public Good, I was thinking 'sounds a bit like The Yardbirds' but in a good way. So no surprises when they mention growing up loving 'the British Invasion' bands from the 1960's.

Theres alot more to this band than just that aspect as their promo states  - They are a band with something to say and their own way of saying it. Some of their songs, such as “(Imagine the Girlfriends I’d Have) If I Still Had Hair,” are fun and funny on first listen, as the balding singer wishes out loud that science could clone Bob Dylan’s “big fro.” But keep listening and the song’s poignant sense of longing and self-doubt becomes gently apparent.

Other songs, like “Black Ice,” from the group’s new release A Varied Program of Stereo Dynamics for Your Wild Nights Alone, are deadly serious from the opening riff. The song is drawn from bassist/vocalist Steve Ruppenthal’s reaction to a cancer diagnosis in his family. “It’s the little things in life that mean so much/ A tiny black spot that keeps us in touch,” he sings of an X-ray result that changes everything. “There’s no cheap emotion in that song,” says keyboardist/guitarist/vocalist Sam Esquith. “It’s not sentimental at all.”

But whether silly or sobering, The Public Good’s songs are always intelligent. For cynics who hold to the belief that smart rock & roll is some kind of an oxymoron, just one listen to The Public Good will put that fallacy to rest. 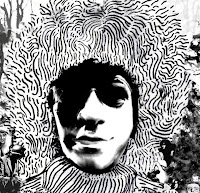 The Humms release their debut album 'Lemonland' this week (August 2nd). The background goes as follows - The Humms were formed in March of 2008 by Zeke Sayer with friend Tyler Glenn in Hartwell, GA. They recorded the first songs in Zeke’s studio which was (at the time) housed in a 1950’s mobile home using an extension cord for power and was self- proclaimed to be haunted by the previous owner of the property who died right outside the door. Two months later in May they added a drummer, John Bleech. They practiced in Zeke’s living room for five months, often playing for whoever happened to be around the house during parties on the weekends. In October, they played their first official show at Tasty World in Athens, GA.

In 2009, the band relocated to Athens, GA and gained a slim but sturdy following from playing the local clubs like Caledonia Lounge and the 40 Watt. In November directly after a show, Tyler and John left the band due to undisclosed reasons. Sayer moved back to his home studio in Shoal Creek, GA and began work on the first Humms record intitled “Lemonland”. After 5 months of work on the debut, the Humms saw a live format once again thanks to Kentucky native Jessica Miller on Bass Guitar and West Coast drummer “Ziggy Zag” of the band Pipsqueak.

Following up from their super limited EP 'Are You Dead?' (2009, Odd Box Records) which was voted #2 in the Sounds XP writers poll for 2009.  The Humms return with their debut full length LP.  Part-psychobilly, part-garage rock, even a hint of primeval Nashville, The Humms are an Athens, Georgia (US) trio who make loud music about murder, drugs, drunks, ghost, hippies, colours and of course…love. Their lysergic graveyard take on rock’n'roll is equally informed by rockabilly, Big Star and the Nuggets compilations.

Lemonland is 18 songs that are inspired by the great and good from the past whilst managing to sound as fresh as anything released in 2010.   This is timeless rock n roll music that will bring goosebumps out on all those that still can get a thrill at sheer the beauty of rock n roll.

Finally this time round something of a rarity to enjoy. Last year Arab Strap completed a previously unfinished and unreleased track called Daughters of Darkness. The song was included within the boxset from Chemikal Underground, "Scenes of a Sexual Nature" but doesn't appear on any previous albums or the reissues of "The Week Never Starts Round Here” and “Philophobia”.

Arab Strap were of course an indie rock band from Scotland that consisted of core members Aidan Moffat and Malcolm Middleton. The band were signed to independent record label Chemikal Underground, and split in 2006. As indicated by the title of Belle and Sebastian's third record, The Boy with the Arab Strap, and by Aidan Moffat's involvement in the two Reindeer Section albums, they were a central part of Glasgow's influential late 1990s music scene.

On August 17th, 2010 Chemikal Underground will reissue Arab Strap’s seminal first two albums “The Week Never Starts Round Here” and “Philophobia”. Not only do both albums include a bonus disk of previously unreleased BBC material, but the reissues also mark the first time Chemikal Underground have been able to offer these albums together digitally. They have kindly given us the OK to also share the final track.