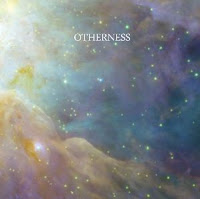 Background: Named for the idiosyncratic Cocteau Twins remix EP, Otherness is the collaboration of two California musicians, David Reep (Elephant & Castle) and Dylan Travis (Man/Miracle). With an ear for the unique and the limitless, the pair began production on a number of experimental pop songs in the midst of a winter both emotional and literal. The result has been a number of beautiful songs, first delicately cut from a web of sampled records and then elaborated upon with live instrumentation and bedroom-recorded vocals. The collaboration has also given rise to a live performance unlike any other. Almost exclusively improvisational, the pair create an impossible-sounding wall of Monome-manipulated vocals, warped into shuddering bass and icy re-pitched harmony. However, the four songs here, from an upcoming album, are catchy, structured, and fully-realized pop. The lush, sample-oriented backing tracks suggest electronic music innovators such as DJ Shadow or Juan Atkins, while
1 comment
Read more
More posts