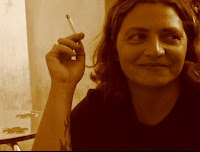 Blossoming into life like a field of neon flowers, ‘Se fosse per me’ is all eyes-wide and life-affirming. It imbues its wistful tones with light through buoyant beats and skittering horns, leading into a reflective textured coda. Elisa Luu’s trademark blend of digital manipulation with analogue warmth, chiming tones with immersive drones, is on virtuoso display, whetting the appetite for her upcoming second album Un Giorno Sospeso.

Though digitally crafted, Elisa Luu’s music is warm, inviting and uniquely human, betraying a vulnerability and sensitivity that is rarely found in the male-dominated sphere of electronica. With its sighing, lilting qualities, Elisa Luu’s music reawakens a sense of childlike wonder and adventure with every sprawling and sparkling track. This alchemical touch is in full bloom on long-awaited second album Un Giorno Sospeso, which takes the glorious blueprint of debut Chromatic Sigh and accentuates the highlights and shadows, making for a deliciously disorientating trip. 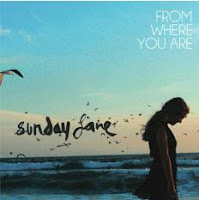 Background: Proving herself a musical gem once again, singer/songwriter Sunday Lane released her new full-length album 'From Where You Are' on April 10th. After the success of her first EP, Bring Me Sunshine, Sunday is creating a nation-wide buzz and a huge following across an eclectic audience and is ready to wow her fans for a second time.

The doll-faced singer is a breath of fresh air from Tulsa, Oklahoma. Classically trained on the piano, Sunday injects a fountain of soul and depth to her music that most pop artists her age aren't capable of. At only 22, Sunday writes lyrics that are heavy with wisdom and is able to connect with an audience of all ages and life stories. Sunday's easy-going charisma paired with her soothing vocals landed her a gig at the famed Coachella Valley Music and Arts Festival in 2011, a spot on Music Connection's Hot 100 Unsigned Artists List and two featured songs on the season premiere of the CW Network show "One Tree Hill." Sunday also released an intimate music video for her song "Reckless One" which was not only featured on the CW show, but is the EP's single.

Along with Zach Annett, Sunday Lane produced her second release, From Where You Are. Annett also did the mixing for this album, as well as producing and drumming on 2010's Bring Me Sunshine. The multi-talented singer needs no musical decorations or distractions on this record; her lyrics speak volumes touching on central subjects such as social issues, love and growing up. The lead single from the album, "A Little Too Young," gives insight to Sunday's own recognition of her emotional maturity, singing "I'm afraid of what I see when I look at me." She uses melodious guitar chords and heartfelt piano harmonies to give a feel-good vibe to the song. She also teamed up with fellow songwriter, Hannah Crockett for two tracks on the album, "Waltzing with Fire" and "Let Me Go." 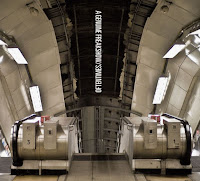 Background: A Genuine Freakshow are a 7 piece band from the UK, often compared to bands like Mew, Jonsi, and The National. Oftentimes is their debut album, and has already gained the band a lot of attention in their native UK.

A Genuine Freakshow are seven individuals brought together in the Reading, Berkshire, England area from a desire to blend their love of the experimental with the melody and traditional songwriting prowess of the likes of band favorites Elbow, Mew and The National. The seven-piece have found their sweet spot, creating music that is intricate but unafraid of big melodies, as witnessed throughout the album Oftentimes and in particular on lead track, I Can Feel His Heartbeats and forthcoming single Hopscotch Machine Gun Madness. The journey there was not easy however, eighteen months ago the band scrapped version one of the album unhappy with the finished product and started it again, enlisting band collaborator and unofficial eighth member Jordan Fish as producer and re-recording at his studio in Newbury, Berkshire. 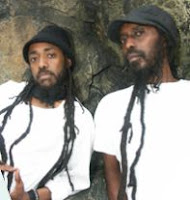 Background: The reggae music on the Nazarenes new album, Meditation , was born in the African-derived culture of Jamaica's downtown black communities. The producer, Laurent 'Tippy I' Alfred is from the nearby island of St Croix in the US Virgin Islands where social consciousness - in the form of Rastafarian spiritual belief - is still a guiding factor in music making. The artists, born and raised in Addis Ababa, Ethiopia, to a family that worked for Emperor Haile Selassie - he who Rastas believe is a divine figure - offer an almost miraculous confirmation to reggae fans of the special bond between Africa and the diaspora.

The Nazarenes, made up of brothers Noah and Medhane Tewolde, now live in Sweden and their new record,Meditation, set to drop April 24th, not only reflects the journey of reggae - from Jamaica, to the Caribbean, to the world - but also invokes organic, contemporary connections between Jamaica, Africa and people everywhere. Meditation is not simply a reggae album, nor is it a tribute to a Caribbean sense of spirituality. Meditation is a testament to the distinct and enduring capacity of reggae as a building block for communication in a multi-cultural world.

Meditation crosses cultural, musical and national borders so successfully because its creators do too. Born and raised in Addis Ababa, Ethiopia to parents of Eritrean descent who later settled in Sweden, the Tewolde brothers originally followed separate musical paths. Noah had signed with Virgin Records in the 1990s while Medhane was touring Europe with Culture Knox and other reggae acts. In 1996, and based on a mutual respect for pop melodies as well as careful and considered songwriting in the traditional roots reggae style, Noah and Medhane formed the Nazarenes. The group first established themselves independently on their self-produced debut album, Orit (2001), and later broke out with their Heartbeat/Rounder release, Songs Of Life (2004) before teaming up with I Grade Records for the first time on the single "Everlasting" which was included on the acclaimed compilation album, Joyful Noise (2009). On Meditation, their first full-length album since Rock Firm (2008), the Nazarenes return to their world music roots in the making of an album that truly confirms roots reggae as a vehicle for collective understanding and an artistic work that ultimately speaks to cultural unity rather than conflict.

Background: Lexie Roth is the daughter of guitarist Arlen Roth and his late wife, Deborah. She has been playing music since she was about 8 years old, and has become quite an accomplished guitarist, even though she started out on bass guitar. She played in several bands in her developing years on both bass and guitar, and was always the featured vocalist. She has appeared on her father’s album Toolin’ Around Woodstock with Levon Helm on drums, and sings Vaya Con Dios on the upcoming release of the Les Paul Tribute Album alongside of Keith Richards, Jose Feliciano, Steve Miller, Slash and many other greats. Lexie's song, "Call You My Hon", from her most recent album, is also featured in the new Karen Black film, "Maria, my Love."

“Lexie doesn’t hammer you over the head with blues mama excesses; she sucks you in with restraint and understatement.”

“Ultimately, its finest asset is Ms. Roth's voice, a rich, melodic force that promises a bright future for this emerging artist."

"In 2005, Lexie, then 18, recorded her first solo album, One Long Blink, co-produced with her father, featuring her haunting voice and his transcendent guitar playing." 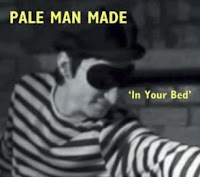 Background: Pale Man Made take touches of the best 80s and 90s music, add a caustic commentary on working life, relationship problems, animals, politics and snooker players and engulf the whole thing in a melodic whirlwind of boy-girl fuzz. Think the best Scottish pop (The Pastels, The Shop Assistants, Orange Juice) blended with the angst and ferocity of The Wedding Present, all clouded by a gentler take on the heady fuzz of My Bloody Valentine and The Jesus and Mary Chain.

‘Oh, My Treasured Things’ Pale Man Made’s debut album was described by NME as 'a thing to treasure', was voted Album of the Week by Huw Stephens and received excellent reviews and international airplay.

‘In Your Bed’ is the second UK taster from the forthcoming album Red Box Secrets which will be released on 14th May.  The first taster ‘B-Line’, received excellent airplay including numerous plays from 6 music and BBC London. 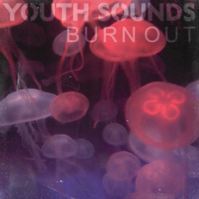 Background: New Orleans based, indie band Youth Sounds is set to record their new single off their 3rd EP, Favors. The new single "Burn Out" will be released in both English and Spanish ('Sin Ti') and both versions are available on iTunes. In order to finish the remainder of the album, the group needs the help of their dedicated fans. The band has launched a Kickstarter campaign to raise the funds for their new album, Favors and is asking their fans to be a part of it.

The first single off the album, "Burn Out" was recorded at Festival Recording Studios (Lil Wayne, Juvenile, Michelle Williams) just outside of New Orleans. Rick Naiser engineered and produced the single, along with Youth Sounds' Federico Mejia as co-producer. The band made the decision to record a Spanish version of the song, "Sin Ti" to show their heritage.

Youth Sounds is a five-piece band made up of the Mejia siblings (Federico- bass, Erika- vocals, and Nicolas- drums), Federico's wife (Taryn Mejia- keyboard) and a close friend (Adrian Frye- guitar). The ambient, dream pop, indie sound comes from an innovative group that understands who they are and what they have to offer. Youth Sounds has been featured as an iHeartRadio "Artist to Watch" as well as been listed by Music Connection Magazine, as one of the "Hot 100 Unsigned Bands."

With the success of their August 2010 release of The Bit Parts and the February 2011 release of Tomorrow and Tomorrow and Tomorrow, Youth Sounds has been welcomed into the indie community with overwhelmingly positive reviews. Check out their newest single "Burn Out"/"Sin Ti" and be part of making the new album by pledging to their Kickstarter campaign.