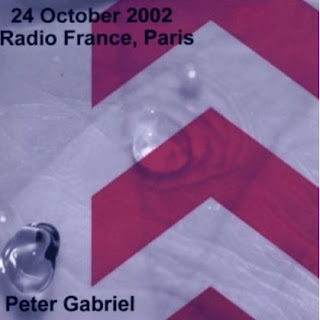 This is Peter Gabriel performing live with a sizable studio audience at Maison De La Radio, Paris, back on the 24th October 2002. This performance was in support of his then 7th solo studio album 'Up' which had been released the preceding month and half the songs performed at this gig were from that album, including a stunning performance of 'Darkness' (a song about overcoming fears) which is the opening song both on the album and at this performance. Peter talks to the audience in French and the station announcer adds commentary occasionally, however this seems to add to the whole show giving it a very personal feel and a reference in time. In the Spring of 1995, Gabriel began work on the album. Its name was Up from the start, though at one point it was considered to be called I/O. Gabriel began saying the album was near completion somewhere around 1998 but did not release it until September 2002. In the months preceding the album's release, video clips of G
2 comments
Read more
More posts