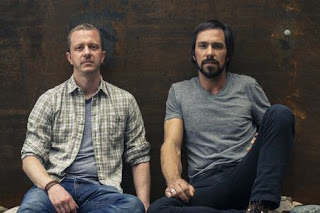 Background words - With the stark contrast between their home bases in Detroit and LA informing the laid-back melancholy of the music, Moke Hill’s smoothly polished rock reverberates with both the blue-collar work ethic of their Midwestern roots and the sunny optimism of the West Coast.

Their collaboration unfolded organically through the cloud, which sounds oxymoronic, but such are the times in which musicians now connect, both with each other and with fans. There is an undeniable craftsmanship to these melodies, coupled with a probing lyrical earnestness that speaks to the virtues of suiting up, working hard and sticking with it until you touch people with something beautiful.

Ben Berry and Drew Phillips first began writing and recording together as Moke Hill in 2013.  Despite a friendship that dates back to their Detroit grade school days, they didn’t get serious about making music together until Berry was in Chicago and Phillips in Mokelumne Hill – a northern California gold country town, from which the band took it’s name.
.
The self-release of Moke Hill’s debut EP and its sparkling single “Detroit” coincided with the dawning of the streaming era, enabling Berry and Phillips to access digital tools for sharing their music that were as intuitive as the tools for making the music had been.  They set about being proactive in the streaming space in a natural yet industrious way and were able to connect with fans, resulting in “Detroit” garnering over half a million plays on Spotify.

In 2015, with Berry settled back in a freshly energized Detroit and Phillips in Los Angeles, the pair again worked remotely to write the material for Time Stops Moving. After teaming up with Phillips’ former Eulogies band mates Peter Walker, Tim Hutton and Chris Reynolds, along with long time friends Dash Hutton (HAIM) and Ben Roche, Time Stops Moving became a sort of homecoming for far-flung friends. Beneath upbeat melodies, gorgeous guitar textures and choruses that reach for the skies, Time Stops Moving explores dark themes in turbulent times.

Slick and professional Ben Berry and Drew Phillips are also notable for the songs they pen and record. Easy enough on the ear, I can hear the competing background influences. It's tight and polished music that thankfully also has plenty of heart and real personality. 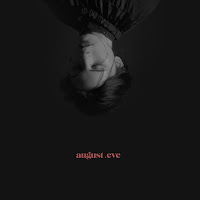 Minimalist background info - "Ghost," a new track from 17 year old August Eve from LA - we were sold off of the first listen to this song. She's got an incredible voice, some early buzz and she's unsigned. She's an old soul with great style and wrote this herself.

With that limited info and a link to her web-place (here) it was just a case of listen to the song. And wow, what a beautiful song, what an incredible voice and the production is superb. I highly recommend you listen to this, if no other song today! It's an old saying and a cliche to, but August Eve really is 'one to watch out for'. 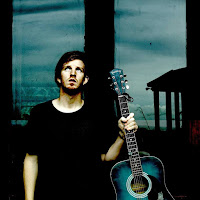 Them there promo words - Klee Shade is some music from a guy with stuff. An ever curious fan of rock, hiphop, the loud, the soft, the angry, the happy, the constructive and the destructive. A self taught multi-instrumentalist, a poor audio production ex- student and an avid studier of all things that lie between a song being written and a song being enjoyed on an international scale. Out to bring the smiles! Just happy to be here.

‘Beg For Rain’ is a simple song about gratitude, endeavour and release. Being thankful for what you have, but wanting something more and having the strength to push on forward until you find that you've pushed the weight of the journey off your shoulders all together - and you've arrived.

This slow jammer of a song sits upon primitive, pounding drums and bass, and is headed by rich, articulate guitar harmonies and melodies. The down-played vocals course through the gaps to act as the spinal structure of the composition, allowing the rhythm section to pulse in the chest and the intertwining guitar harmonies to play about within the ear canals. This all culminates into a show stopper of a finale section, which is sincerely unlike any arrangement of guitar parts I know of - it is to be heard to be understood for its full uniqueness and scale. Klee shade's first single. Turn it up, tune out. 'Take it slow, settle in for the ride.'

Well fair dues to the writer above, which summarises this fine song so very well. All I will add is I found myself listening a few times to take everything in, it's a little bit like a wall of sound with intricate details peppered throughout.

The Persian Leaps - Dottie, Queen Of The West.

Background info -  "The Persian Leaps" began as a phrase singer/guitarist Drew Forsberg doodled in a notebook margin during a college Greek Archaeology course. He wrote music independently under that name for years, until finally assembling a full band in 2012 to perform and record driving, chiming music influenced by My Bloody Valentine, The Smiths, Guided by Voices and Teenage Fanclub.

In 2013, the Persian Leaps released debut EP Praise Elephants, which the NME described as a “celestial guitar jangle”. The band completed a follow-up EP Drive Drive Delay in 2014, praised by XS Noize for its “instantly catchy melodic harmonies layered on top of droning guitar.”

Energised indie rock and five fine tracks - 'High and Vibrate' is a smart EP. There is variety between the songs, however guitars and harmonies reign supreme.