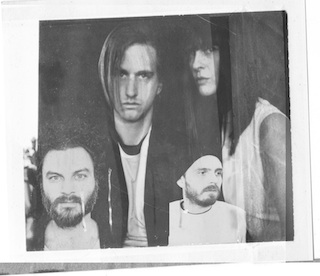 Some background words - Brooklyn's Dead Leaf Echo is an music/art collective that released their debut LP "Thought and Language" in 2013. The album had clear 4AD influences as it was mixed by John Fryer (Lush, NIN, Depeche Mode) with artwork by the label's legendary designer V23's Vaughan Oliver (Pixies, Bauhaus). Their latest EP "true.deep.sleeper" released in 2014 saw them working with Monte Vallier (Weekend, Wax Idols).

They are in the middle of recording their 2nd LP again w/ Vallier and also contributions from Jorge Elbreht (Ariel Pink, No Joy) at Mexican Summer's studio in Greenpoint. A 7" single will be released in September followed by a North American tour and appearance at Desert Stars Festival in Joshua Tree w/ Swervedriver and The Lemonheads.

They've constantly topped the CMJ Top 20 indie charts. They've played twice live on KEXP's John in the Morning and were recently featured as song of the day and are on regular rotation on that station as well as on Nic Harcourt's Morning Becomes Electric on KCSN.

Powerful and expansive music with the vocals whirling through the mix. We featured Dead Leaf Echo way back in the past, this is a welcome new song from the band, and yes we do look forward to hearing more. 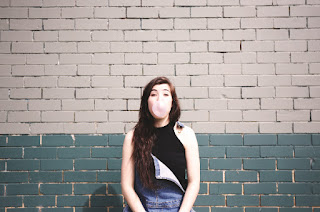 Background words -  Melbourne songstress Jess Fairlie is set to impress with her debut single, "Senses". A soulful ballad observing a broken relationship from the perspective of a friend, Senses both lyrically and melodically captures the heart of being a friend through helplessness.

Sitting on the spectrum somewhere between Kimbra and Alicia Keys, the vocally-driven song is coupled with a strong piano backing, with honest song writing and heartfelt delivery key features to attract the listener.

Melbourne singer songwriter, Jess Fairlie, has crafted her own unique flavour of pop-RnB with a touch of soul. Inspired by artists such as Stevie Wonder, Regina Spektor and Ricki Lee Jones, Jess Fairlie is making her own mark as an artist with her eclectic taste.

The versatile songstress is on the verge of releasing her self-titled debut EP "Jess Fairlie" set to be released later this year.

This is a most welcome song. Jess has a really good voice and has crafted a superb song, that both compliments her vocal range, and treats us to some outstanding music. 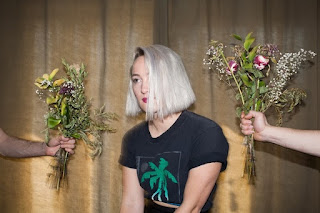 For Esmé - Make A Sound.

Martha from For Esmé has this to say about the single 'Make A Sound' (the third single from their upcoming album 'Sugar').

It's a dark yet playfully seductive critique of the social comparison and image crafting so prevalent in our generation.

The song is about the endless need in this industry, in this generation, to show everyone how great your life is and how exhausting that is. I catch myself feeling regret for not thinking to capture a special moment on camera, then catch myself, ‘why isn’t the moment itself enough?

The album Sugar is coming out October 16th.

Well I can't argue with those sentiments. Thankfully they are put across within, what is, a really fine song. A mixture of electro pop styles and very pleasing vocals.