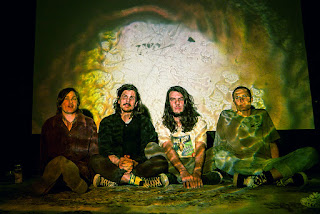 What we are told - Sloom is a rock n roll band from Sydney’s Inner West, whose members are Chris Diamond and Cristian Di Paolo on guitar and vocals, Dane Macintosh on bass and Jamie Graham on drums. Coming from a variety of musical backgrounds they set out together to create their own original music. After recording their first EP, Kahayalan in 2014 Sloom has refined their sound and are set to release their first single ‘Magic Cup’.

Produced and recorded by the band, ‘Magic Cup’ captures the spirit of their live performances and draws inspiration from an older era. ‘Magic Cup’ might resonate with fans of John Dwyer, Ty Segall and any living thing that likes their music energetic and fun! Sloom are playing a show at Frankie’s Pizza on Hunter St on October 11, come down and grab yourself a slice of Sloom.

The live feel to 'Magic Cup' gives the song natural, raw energy. The retro feel for me, is in the vocals, whilst the no nonsense rock soundtrack retains a fresh sparky sound. Put together the whole song works, so very well. 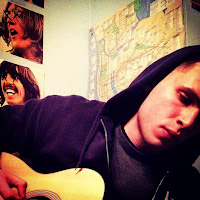 I would love to tell you all about Tohearmeroar, however beyond the fact they are a musician/band from Queens, New York, (USA), it would appear everything else is on 'a need to know' basis only.

Anyhow our music feature policy remains 'if we like it and we can feature it, we will'. One thing Tohearmeroar have been generous with is the amount of songs they have shared on Soundcloud. Some more on the Facebook page (here).

'The Atlantic' is the latest song, and having checked out the others my first impression is one of a developing maturity in the music and singing. Vocals are stand out, there is a passion that just can't help but come across in the featured track. It just sounds so very much, music from the heart.