Genre Mix: Why We Run - Jenn Vix - Vandaveer - The Chambermaids 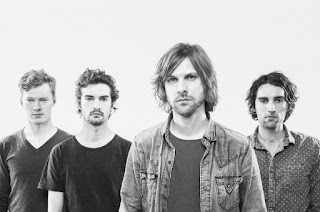 Why We Run - A Moment To Return.

Background/Promo - Emerging only earlier this year Why We Run have returned with energetic third single 'A Moment to Return'. Their previous two singles received over 200K streams across Spotify, YouTube & Soundcloud, as well as glowing reviews via everyone from Zan Rowe (triple j) to Rob Thomas (yes, the Rob Thomas). 'A Moment to Return’ is the first track from the Sydney quartet's forthcoming debut album (due April 2016).

Produced and mixed by Wayne Connolly (Boy & Bear, Cloud Control, Paper Kites), the song’s nostalgic lyrics and driving energy are reminiscent of indie stalwarts like The National, The Killers, Joy Division and Silent Alarm-era Bloc Party. It’s a vibrant and moving taste of the great places Why We Run are sprinting towards.

'A Moment To Return' might be a good song to play to someone, if you were trying to define what good indie rock music is. The song flows beautifully, with delicious music and calming vocals, it is hook laden and well under my skin. 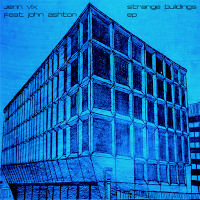 Jenn Vix (feat John Ashton) - The Woman With No Fear.

Background - Jenn Vix has been releasing music for 15 years, her self-titled debut album on her own label, coming out in 1995 received glowing reviews in Rolling Stone amongst others. Further albums included collaborations with Reeves Gabrels of The Cure and David Bowie’s band, Andy Anderson formerly of The Cure and electro industrial artist Dirk Ivens.

No surprises regarding the driving guitar on the featured song, however Jenn's singing is superbly matched for this type of music. Vocally she reminds me in part of Julie Driscoll, and as a fan of her music (and also the Psychedelic Furs) this is a double helping of delight for me. The five songs on the EP differ quite a lot, both in pace and musical styles, all of them, are really strong. If you like  'The Woman With No Fear', grab the EP. 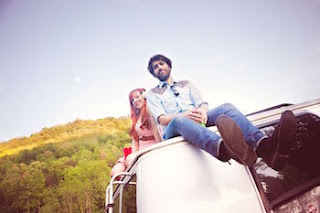 Vandaveer - But Enough On That For Now.

Background/promo - Vandaveer are announcing their fifth full-length album, The Wild Mercury, out via WhiteSpace Records on February 19. The album is a career-defining release from a band that has gathered its dedicated fan base the old-fashioned way--on the road. With everyman narratives and striking, folk-based harmonies, Vandaveer loosely fall under the Americana umbrella, but the band regularly elbow their way into wider spaces with a kaleidoscopic assortment of sounds. With The Wild Mercury, they’re stretching the genre's fibers even further.

The Wild Mercury is a journey through the personal stories of Mark Charles Heidinger, but this time with far more musical collaboration outside the unit's core duo of Heidinger and vocalist Rose Guerin. Vandaveer now feels fully formed and brimmed with its potential. This record is clearly the best the band has sounded, and they already sounded pretty great.

The lead single, "But Enough On That For Now" is a grandiose kick off to the album. Avoiding trap song writing cliches that often permeate the roots scene, Heidinger and Guerin stack lead vocals on one another to several soaring climaxes. Each phase of the song comes off like its own coda, and when you think it can’t pile on more emotion and melodious sections, it does. The track is a bold stamp, reintroducing the band to their true believers and emphatically announcing their presence to the uninitiated.

'But Enough On That For Now' comprises of stunning vocals and harmonies, that are supported by under stated, but extremely well crafted instrumentation. Sometimes when I read promo's and then listen to the music, I have to double check I've not mixed things up. On this occasion the above words are spot on, this is one fine song. 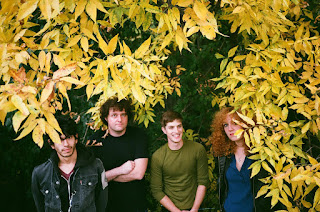 Background - When Ollie Moltaji and Max Schramm joined founding siblings Neil and Martha Weir to form the newest Chambermaids lineup, the chemistry between the four was immediate. Rather than putting time into playing live, they began working on new material, integrating the studio (Old Blackberry Way) into the writing and arranging process.

Songs were captured fresh and allowed to develop and morph, sometimes coming together quickly and sometimes completely reinventing themselves. The result is a dreamy and expansive take on reverb-soaked minimalism. "Tall Grass", the first single from the almost completed album, was released on Old Blackberry Way/Guilt Ridden Pop.

'Tall Grass' has been out for a month, so we are a little late on the scene with this one. Musically it's a little like shoegaze morphing with Neil Young & Crazy Horse, something that really works for me, although I think you need to listen and see if you get my drift. Vocals are softer in the mix, which also works really well, so all in all, this is one to feature late, rather than never.