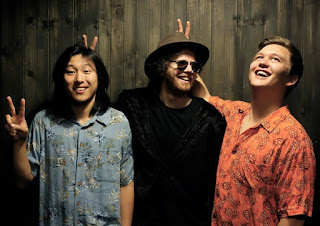 Background - After a one and a half year hiatus, Melbourne instrumental electronic outfit Squarehead return to push the boundaries of what music can be with their new single 'Citamenic'.

It happens too often. You find a band you love, so you shell out for their live show - only to be bitterly disappointed by the difference between what you heard from your speakers and what you hear at the gig. It’s too stripped back, too rough, too cacophonous… you go home, dejected.

Not so with ‘Citamenic’. The track, which premiered recently on Happy, paints a picture of exactly what to expect at a Squarehead gig. The name itself, a mirror of “cinematic”, speaks volumes of the track’s vivid nature; beginning as a low-key wall of sound and building to a bubbling, celestial conclusion. ‘Citamenic’ marks the imminent arrival of a brand new two-track from Squarehead, produced by Melbourne’s P.T. Parcel, that sees the band sitting squarely in their prime.

'Citamenic' is a mixture of electronic, rock and almost jazz infused music. The expansive sound and excellent musicianship really does make this something of an epic piece. The second track 'Handmedown' is a little more stripped down, but equally well crafted and pleasing. 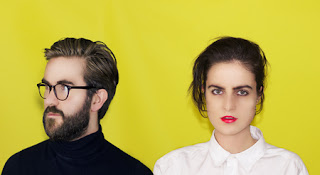 Background - Following two successful EP releases, which led to an appearance on Boiler Room and media support from Dazed, Fact, XLR8R, Wonderland, The Fader, Dummy and many more, duo Face+Heel are excited to announce the release of their debut full length album; 'Our Prince's Quarry', out 4th March 2016 on Dekalog. The first taster from the album comes by way of 'Mansions'.

Face+Heel are Luke Taylor and Sinead McMillan; a Welsh born duo now based in the culturally rich city of Bristol. The pair garnered widespread acclaim with their 'No Stars' (2012) and 'Chipped Tooth' (2013) EPs, and built a reputation for their dynamic live offering after tours throughout Europe, and a sold out show with Matthew Dear in London.

'Our Prince's Quarry' tells the story of growing up in mid-west Wales in the 1990's and how it feels to leave the city and return there as an adult. Memories good and bad of the faded postcard towns and the people who inhabit them all year round; the returning sense of isolation felt as a younger person desperate to escape life in the margins. Remembering first loves and awakenings and looking for reconstruction after inner city burnouts.

From love songs that tale place in the last days of Dryweryn, a village flooded in the 1960's to be used as a reservoir for the city of Liverpool, to tales of delinquency and psychadelic experimentation at agricultural fairs; the album tells the story of the end of youth and the uneasy feeling that all roads lead back to home. The album perfectly showcases their brand of downbeat, minimal electronica, combined with Sinead McMillan's gorgeous, atmospheric vocal to create layer upon layer of sonic serenity.

For minimal electronica Face+Heel don't half pack a lot in. There is a richness to the music in 'Mansions' that is beautifully complemented by Sinead McMillan's classic vocals. The promo talks of 'layer upon layer of sonic serenity', and that's no exaggeration. Another album keenly awaited. 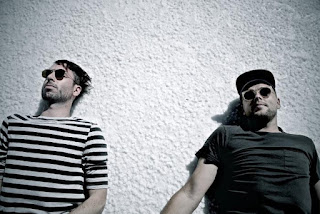 Background - Adelaide’s Problems give you their brand new single and their last release for 2015; titled ‘Pretending’. Duo producer Justin Walkden and vocalist Shane Lock wrote ‘Pretending’ in a rare studio collaboration as both spontaneously shared ideas and recorded demos. As the track came together, Problems used the opportunity to explore some new sounds and techniques in production, resulting in their most complex offering yet.

“The main elements of the song dropped out very quickly and we used that as a base to explore some new production ideas.  Lyrically, it sticks to a theme that is fairly familiar to most, being the trials and tribulations of relationships that were just never meant to work.” – Shane Lock (vocals)

'Pretending' is both calming and quite uplifting. The whole thing cries quality, whether it be vocals, music, melody, or the overall production. Less is more, so I will say no more.