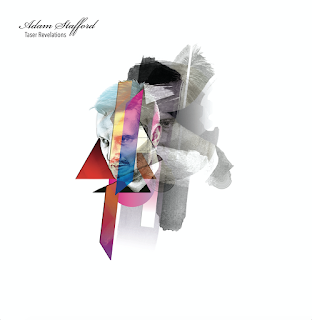 Continuing Stafford's trajectory into electrified alternative pop, Taser Revelations begins with some of the most melodically catchy songs he has ever written, before taking a swerve down a dark alley midway through the album, venturing into industrial syncopation, samurai-guitar attacks and some unsettling, vivid imagery. Album available (here).

'Atheist Money' makes a good introduction to Adam Stafford's new album 'Taser Revelations'. If this is electrified alternative pop, then for me, the key word is alternative. Full of ideas and unafraid to take less pop orientated directions, the nine song album has plenty of imagination and enough hooks to keep the listener engaged throughout. Assessable, curious and yes catchy, this is a very pleasing album.