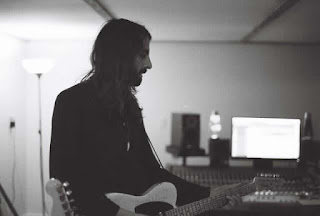 In Addition to Olak’s hauntingly appeasing voice, original song writing and refined guitar playing, the accompanying musicians on this record are impossibly well suited to this project: Kathryn Calder (The New Pornographers) sings and plays piano with great talent, Nick Petrowitch (Bend Sinister) is on percussion and plays with distinctive precision, Louise Burns (Lillix) harmonises with Olak brilliantly. Aaron Older is on synths and drum machines and Francesco Lyon (Sun Wizard) adds world-music-styled vocal arrangements. Olak’s sound is original, warm and evocative; it’s an invitation to experience a mosaic of gratifying emotions. Heavy Feather is a narrative of friendship, romance, heartache and the search for teaching and learning virtues.

Olak described “I’m usually the guy writing songs in a cabin in the woods, inspired by the beauty of nature and miles away from any distractions or fancy coffee shops. Out in the wilderness it’s easy to find the muse. These days I’m writing in a basement off East Hastings Street in Vancouver. It’s a completely different atmosphere down here” ( Shared with Nanobot) Rolla Olak’s dichotomy of a solitary man in the woods meets city slicking in East Van makes him an exceptionally well-rounded musician.

His songs combine the best of Shoegaze, Blues, Americana and Country resulting in a profoundly enjoyable musical experience. Olak is inspired by the likes of Neil Young, Randy Newman and Bob Dylan, which is evident in his authentic songwriting yet the sound is completely original. His songs tell a story, but are not obvious or formulaic. Although Heavy Feather is an emotional album it never feels sorry for itself, which is refreshing in these modern days of ours. The album is ten songs strong, flawlessly assembled, mixed with precision and worth generous listens with a new resonation every time.

'Heavy Feather' is a ten track album of which '2AM' is the opening song. With distinctive and pleasing vocals, the album gently eases the listener into a variety of styles and moods. Production is superb, helped enormously by the quality of songs and the musical professionalism. It's a case of if you like 2AM, you will love the album. 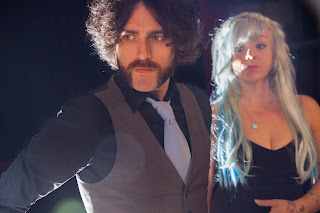 Vandaveer - A Little Time Off Ahead (Single).

Background promo - Hearts won. Love lost. Battles waged. Demons cast. Fatherhood, fellowship and full circles. The winding road and the welcoming home. The great beginning, the great unknown and a lot of in-between, too. It's all present and accounted for on Vandaveer's fifth and career-defining LP, The Wild Mercury.

Having written his most personal collection of songs to date, Mark Charles Heidinger initially planned to strip the recording process down to as few elements as possible, pursuing a more direct, minimalist approach. But after huddling with vocalist, Rose Guerin, and long-time producer, Duane Lundy, they charted a new course, enveloping these autobiographical vignettes with a full spectrum of sound. And with more than a little help from their friends. The trio called in brothers-in-arms, J. Tom Hnatow, Robby Cosenza and Justin Craig, for a prolonged session of sonic wayfinding. What emerged is musical alchemy—these are songs fully realised; this is Vandaveer fully formed.

The album’s title is an apt allusion to the musical explorations therein, fluid and bright, reaching from the traditions of Americana into modern pop soundscapes. The end result—a set of songs honest and wry, personal yet utterly relatable—proves that solitary journeys can find deeper, more meaningful truths through collective exploration.

Heidinger's saturated vocals alternately soothe and electrify. When paired with Guerin's angelic, bittersweet alto, the two create quicksilver harmonies. Long the defining quality of Vandaveer’s shape shifting sound, this amalgam comes into full focus here. And throughout, Heidinger's undeniable gift for storytelling shines as he reflects on possibilities forfeited, on narratives yet to be formed from the raw materials of the past. These are songs from a father to a child, a musician to his muse, a band mate to a brother—songs of parting and return, of joy and melancholy, of life with all its paradoxes, of beauty, both indelible and ephemeral.

With poignant, everyman narratives and striking, folk-based harmonies, Vandaveer loosely fall under the Americana umbrella, but the band regularly elbow their way into wider spaces with a kaleidoscopic assortment of sounds. On The Wild Mercury, they're stretching the genre's fibers even further. The Wild Mercury will be released on February 19th via WhiteSpace Records and distributed by MRi / Sony RED.

'A Little Time Off Ahead' is a buoyant, breezy song, with vocals and harmonies that can't help but lift my spirit. I have only heard this track so far, however on one song alone, the album is awaited with a palpable level of eagerness.