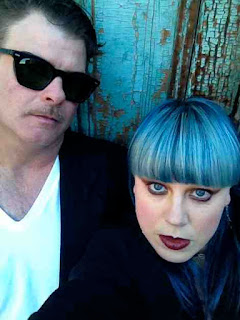 Meter Bridge - It Was Nothing.

Background promo - Canadian synthwave duo Meter Bridge are releasing their latest single ‘It Was Nothing’ through WEATNU Records. Comprised of two tracks, this is being offered as a free download via Bandcamp. In this thoughtfully arranged and sparkly composition, moogs whistle and rhythms click into the night, as these two voices blend into a sound that is part Human League, part Blade Runner, and 100% Meter Bridge.

Meter Bridge, who are Richard Kleef and Jill Beaulieu, have a distinctive and unmistakable sonic identity, unique from anybody else on the current electronica scene. This is led by their trademark multi-layered boy / girl melodic vocals, melded with minimalistic groove-infused alternative dance melodies teetering between retro and futuristic.

"It Was Nothing is about a public figure spreading lies that play on peoples' heartstrings... for the purpose of getting millions of people supporting a false agenda," explained frontwoman Jill Beaulieu. "This kind of hypocrisy is very difficult to expose... because ignorance is bliss."

Based in Nelson, Canada, they have been playing together since 2011, gathering an enthusiastic following amongst music aficionados and lovers of classic and contemporary synthpop. In 2014, they released their eponymous debut EP, following by the 'Slow Motion' LP in 2015, both of them drawing significant attention on the electronica scene internationally and landing them in numerous 'Best of' lists in each of these years. The Record Stache (#8 synthpop album of 2015) says their music is "evocative of Man Machine period Kraftwerk, had the German four piece chosen to invent glitchcore on their way to perfecting technopop".

Distinctive synths and dual vocals, and with hints of Krautrock 'It Was Nothing' is an imaginative hook laden song. The sort that gets me digging deeper on a band. 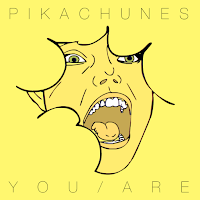 Background promo - Melbourne artist, Pikachunes has unveiled the first single from his forthcoming record, Allely. Premiered on Purple Sneakers, ‘You Are’, works Pikachunes’ strong, thematic vocals atop his metallic, dark undertones that he's become renowned for.

‘You Are’ conceptually follows the story of a young boy with a heavy heart, encountering the nerves that we find nestled in the pit of our stomach, to the controlled quiver of talking through our teeth once met with intimidation.

"Featuring some intimate and rather vulnerable lyrics that are quite revealing, but juxtaposed with a huge wall of sound that is his off-kilter brand of electronica, there is just something about this that has got us well and truly hooked!" -  Purple Sneakers

‘You Are’ is the first single taken from Pikachunes’ debut Monday Records album, Allely, to be available in 2016.

'You Are' opens in pulsating style. Then the story unfolds, there is something as stated above quite 'vulnerable' within the lyrics, whilst musically everything is in control, it's fascinating.