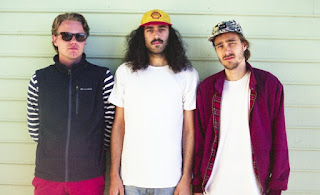 Acid-drenched ‘Secrets’ follows back-to-back singles 'Love Her’ and ‘Diamonds’; preceded by nonchalant debut cut ‘The Blind’ – an effort applauded in native Norway, resulting in a legendary sold out debut concert in one of Bergen's most popular music venues and landing the band in multiple “Ones To Watch 2016” lists.

“Secrets is about the feeling you get when you can’t get what you want, and being unable to tell anyone about it,” explains vocalist and guitarist Even Kjelby. “Sometimes it’s just really unfair. It builds up inside, and it becomes a part of you. A young, naive mind being coloured by different events, good or bad,” he says.

Great News – also consisting Ole Einarsen (bass) and Lars Platou (drums) – formed on a kindred whim of playing as many gigs as possible, “cause that's what they love”; most recently, sharing the stage with Unknown Mortal Orchestra.  The band is currently working on their debut album, which is slated for release Autumn 2016.

'Secrets' cascades from my speakers with a dreamy distant feel. I say cascade because that's the impression I get when the synth's magically add to what is, a really enjoyable, hook laden song. 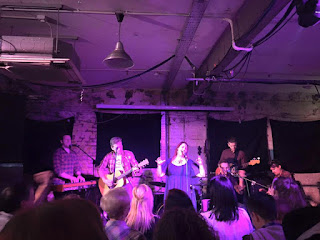 Jess And The Bandits - Kiss You Now.

Background promo - After a hugely successful 2015 on both sides of the Atlantic, Jess And The Bandits are ready to get the party started in 2016.

Having completed a number of tours and festivals, wowing the crowds from LA to London, and with their debut album Here We Go Again having reached number 6 on the official country charts, Jess and the Bandits returned to the recording studio in January to work on new material for their upcoming sophomore album. However, with their second headline tour kicking off in April, the band are set to treat their fans to new material without the wait. With a deluxe edition of Here We Go Again to be released soon, to coincide with their Country2Country performance, the band will be heading up the release with the irrepressible Kiss You Now.

Kiss You Now was debuted by the band at their first show on 2016 at The Soup Kitchen in Manchester. The addictive, upbeat number proved an instant hit, with the crowd going crazy and the chorus provoking an instant sing along.

Of the release Jess Clemmons, the band’s vocalist and the face of high street fashion brand Evans, said, ‘We are thrilled to include 'Kiss You Now' on the deluxe edition of our album ‘Here We Go Again’. There are times when some of the writers we work with submit songs to us that they think will be great for Jess and the Bandits. This happened to be one of those times. Jeff Cohen, who co-wrote and produced many songs on our album, sent us ‘Kiss You Now” written by himself and Liz Longley. We immediately fell in love with it and knew we had to record it. It’s a bit of a different feel from the rest of the album but we hope that our current fans will love it as much as we do and it will be a great introduction to us for new fans as well. It’s a song about a girl taking the “bull by the horns’, as we say in Texas, and making the first move with the guy she wants. Full of fun and sass, it’s the type of song we love to perform! You even get a chance to hear Louis showing off his fantastic voice on this one!’ - Release Date: 8 April 2016.

We featured Jess and the Bandits last year and are more than pleased to bring the forthcoming single and tour dates to your attention. There is something of a breath of fresh air about their music, it's unpretentious country vibes and good time feel, makes for another great song.