Heidemann - I’m So In Love (From The Forthcoming Detectives EP) 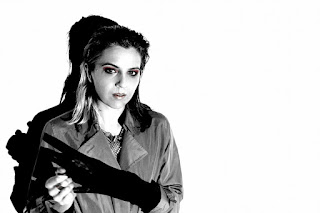 Background promo - Heidemann is the solo project of NY-based singer and multi-instrumentalist Monika Heidemann. When not performing and touring as Heidemann, she plays synthesizers in The Juan MacLean and was formerly the lead singer of NYC’s electronic-pop band, Xylos.

The forthcoming EP 'Detectives' has five tracks including one remix of the opening song. This really is minimalist pop, however it's also pretty powerful. Enticing vocals are supported by some very clever use of synthesisers, and there is plenty of melody and feisty rhythm. The featured song gives a good idea of what's in store on the EP.