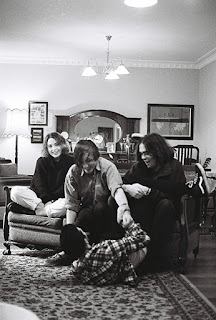 Dannika - Next To You.

Background info - Dannika Horvat is a writer/director from Melbourne. Dannika has directed short documentaries and film clips with The Summer of ABC Burns marking her narrative directorial debut. She is drawn to telling stories that are uniquely Australian with a strong focus on women, youth and sexuality.

The Summer of ABC Burns has been nominated for a number of awards, with considerable success.

She has just released her new single 'Next To You' as part of her forthcoming EP For Peaches. The EP was recorded with the guys from Good Morning and is described by Dannika herself as "four mates making soft, feminine rock".

I do not have much background on Dannika, however rather than hang around asking for more, I just wanted to share this beautiful song. It's gentle and loose feel, conjures up images similar to the one featured, with natural and relaxed vibes, and the pleasure of just playing and singing along. 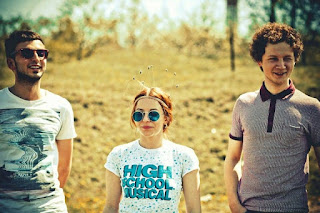 Omodada is the solo project of Lesik Drachuk, a multi-instrumental artist and producer, based in Ternopil, western Ukraine. In 2015, he debuted with his neo-psychedelic "Kimnaty" EP, widely considered as one of the year's Ukraine's best releases.

All My Gods (feat. Tik Tu) is an epic song about bringing humanity to another planet. "We wanted to create an atmospheric picture with a view on eternal space, envisioning ourselves singing this song in a spaceship leading us to the red planet. We consider 'All My Gods' as a perfect soundtrack for the Discovery Science channel," explains Lesik Drachuk of Omodada.

"It was cool remixing this track and our vision for this was to move from the outer space view that Omodada originally had for this track to ones inner space," explains Alexander Kretov of Ummagma. "I'm originally from Ukraine and I really enjoyed working with this band from my home region"

We featured Ummagma not that long ago, and this remix they have come up with for 'All My Gods' is totally hypnotic and absorbing. The original version is quite stunning and this just builds on the collaboration between Omodada and Tik Tu. It's a melting pot of styles and genres, wonderfully delivered.