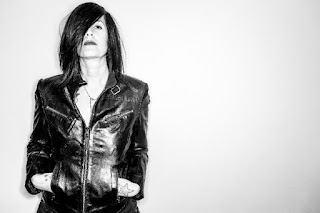 Background promo - The Phantom Sound recall the best of the 70’s & 80’s with contributions from the Punk & New Wave hall of fame in the powerhouse of a single: “Crushing” out May 16th 2016. The band’s powerful sound and brooding vocals of songwriter Marisa Schlussel has seen the likes of BBC and Amazing radio jump on board the good ship Phantom.

“Crushing” the standout track from the band’s special edition release of debut album “The Phantom Sound”, begins with a truly defiant swagger befitting of the punk ethos. With the unstoppable momentum of an out-of-control steam locomotive, the track leads to its iconic chorus that would be at home at both grimy rock clubs and major summer festivals.

Following her dream of working with the very artists that inspire her, Schlussel sought out the legends of the late 70’s and 80’s Punk & New Wave movement, aspiring to make sure that they loved her music. As it turn’s out, they didn’t need much convincing with Ken Stringfellow (The Posies, R.E.M.) on producer duties, legendary drummer Clem Burke (Blondie) picking up the sticks and Pierre DeReeder (Rily Kiley) all keen to contribute to what has fast become an album dripping in era-defining talent, featuring icons from the past and future.

Marisa falls into the future icon bracket, set to follow in the footsteps of Punk Rock royalty. The powerful self-titled album bulges at the seams with huge, power punk rock influenced tunes grabbing the attention of the likes of BBC Introducing London with multiple spins from supporter Gary Crowley and Amazing Radio after winning the top voted song on Charlie Ashcroft’s Audition Show for “Get to Me”. The colossal album has also seen plays on Sirius XM Radio and Genya Ravan's show on Little Steven's Underground Garage Channel.

The strength of their sound has seen the band from London receive plaudits as far as Canada and the U.S. with radio success and an invite to play Canadian Music Week 2016, representing the UK in Toronto citing influences ranging from David Bowie, Roxy Music, Blondie and The Romones.

'Crushing' has all the attitude of a punk laden rock'n'roll song. Vocals have that menacing edge and the band just play guitar driven rock, with the swagger a song like this needs. 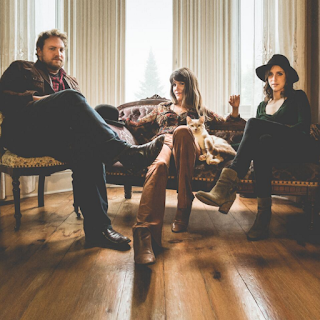 Background from the band - We formed as The Redhill Valleys in the fall of 2014. Today, we're sharing our single and stream of our debut album. The self titled record is out today!

The three of us had worked and collaborated together in various situations over the years, but when we got together for the first time, it clicked. We found common ground in our writing and playing styles due to our shared love of Rock and Roll, Folk, vintage R&B, and classic Country. Before long we had twelve songs written that were eclectic, but still sounded like they belonged together.  We crafted this record, our debut, for a year in the recording studio. We wanted to straddle the line of getting it just right, but without it sounding stale or mechanical.

Wrong Way Turns Out Right is a special song to us. It's one of the earliest songs that was written for our record, and set the tone for many that followed. More significantly, it's the song that was the initial vehicle for us to find our collective voice. We knew we wanted to write songs with an emphasis on harmonies and this was the first song our voices really melded together - when we felt that we had something special. - Redhill Valleys (Cheslea, Danielle & Tim).

This has been a good week for albums and The Redhill Valleys debut is definitely one of them. That they have spent time on the album is born out by the quality and craft of every song. The mixture of musical styles each member brings to the band, comes together and leaves us with a selection of great music, the featured track being no exception! 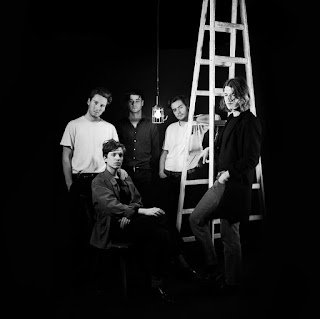 The five young guys from Austria produce sounds with heavy distortion, reminding of alternative indie scenes of the 80sand 90s on both sides of the Atlantic. They describe their music as often: blurry, melancholic, clever, combining indie ethics with traditional songwriting.

Vacation is a brilliant slice of indie pop, showcasing the band's innate ability to pen a hook, which compliments the voice of the lead singer. Reminiscing of a by gone time, the guitar driven song is moving, nostalgic and effortlessly cool.

Vague have released their first EP titled 'Tempdays' last year and 2016 sees them release their debut full length: 'In The Meantime'. Vacation is the the first release off the album, released via Siluh Records.

The press release references the retro feel of the 80/90's indie scene that comes across with the song 'Vacation'. A reasonable point of view, I would add that had it been released way back then, it would have been up with some of the best songs. It's a fine song, one that is as welcome in 2016 as any time past. 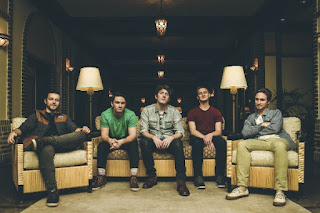 Background promo - After months of rehearsals and shows, Bencoolen is gearing up to release their highly-anticipated new album, In Color, out Summer 2016. The 6-song record will feature the full spectrum of the band’s sound; from a gentle ballad, a reggae rock song, and heavier, “maximalist” rock. Recently the group has just launched the title track from the record, "In Color," which you can listen to and post, above.

Bencoolen was able to raise more than $6000 for the record, and has made a recent push to travel to new cities and universities to share their music. The band's sound, either recorded or live, will definitely touch Bencoolen listeners. Whether you are the lonely bartender on a Wednesday somewhere in New Jersey, or a rowdy fraternity house playing air guitars with us and singing songs you hadn’t yet heard; you have all of our energy. The hours of practice and of travel have garnered accolades from features in USA Today College, to opening for Cold War Kids, and more.

The first single, “In Color,” is simply a story about growing up. We are all born with creativity and color inside us, but as we learn, that beauty gets lost. When the bartender asks him, “What’s your name, what’re you in here for?,” The man simply says, “I’m the wind blowing through and I used to live in color” without identity or purpose for himself. As he drinks he wanders the bar, he looks at the beautiful pictures on the seemingly ordinary bartender’s walls. He then watches him work, content with where he is, and what he has done. That opportunity for self-reflection helps the man find inspiration to live beyond paying bills and doing the “right” thing to essentially find himself again.

Featured song 'In Color' has a distinct reggae feel to it, and some high quality musicianship accompanying the suitably adapted vocals. It's one of those songs that starts out well and just keeps on getting better! 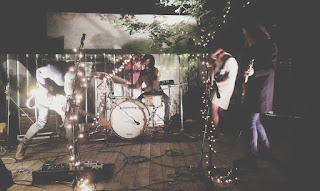 These quickly rising shoegaze stars have played alongside The Raveonettes, The Ecstasy of Saint Teresa, LSD and the Search for God, and My Bloody Valentine. During the sound check for the latter, while Kevin Shields was still in the locker room, MBV’s sound engineer actually complained that Manon Meurt were playing too loud.

Manon Meurt is Vojtech Pejša (guitar, vocals), Káta Elznicová (vocals, guitar), Jirí Bendl (drums) and Jana Karlíková (bass guitar, giggler). They hail from the small Czech town of Rakovnik, located just outside of the capital, Prague. Inspired by the British shoegaze movement of the early 90s, bands such as My Bloody Valentine, Lush, Ride and Slowdive have clearly helped shape the band’s sound.

Originally self-released on vinyl in their native country in autumn 2014, this self-titled 6-track 12-inch record sold out shortly after its initial release and now fetches upwards of $50 USD via Discogs. This debut album shows the band in a number of different musical moods, from the rollicking opener “To Forget” to the dreamy atmospherics of both “‘94” and “Until You Can” and the show-stopping B-side closer “Blue Bird”, nicely bringing the album to a close and foreshadowing what lies ahead for this exciting new band.

Label Obscura, as a website and record label, was created with the goal of shining a light on some of their favorite labels, bands, and albums from the past and present, with a focus on indie rock that never got a vinyl release or is currently out of print.  This reissue will be limited to 200 copies on white vinyl in North America, and will be available through the label’s website and via select independent record retailers. All copies come packaged with a high quality plastic inner sleeve and a digital download card. It is also available digitally via the label's Bandcamp.

The song may have been around for a year plus, however the vinyl release should prove popular and remind us of the quality of the bands music. Shoegaze that morphs into dream pop, whatever the genre 'To Forget' captures the more powerful side of the band and makes for a great introduction.