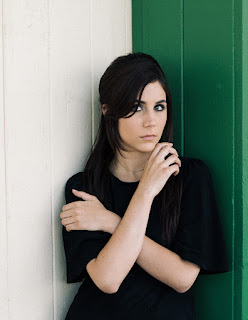 Georgia Reed - Waiting For You To Run.

Background promo - Perth’s Georgia Reed gives us her debut single ‘Waiting For You To Run’.

Drawing influence from leading female vocalists in the industry, Georgia creates her fierce and brooding signature sound, a cross between the likes of The Jezabels, Florence & The Machine and Lana Del Rey. She is no stranger to her city, having an extensive live music apprenticeship of Perth’s bars and basements, and in 2015 adorning billboards around WA as a face of The Bigger Picture Campaign.

Produced by James Newhouse at Reel2Real Studios and Mastered by Grammy Award Winner William Bowden at King Willy Sound (Gotye, Little May, Empire Of The Sun, Children Collide), ‘Waiting For You To Run’ tells the story of a relationship’s looming demise, a story intensified by the emerging artists vocals.

Comparisons can be made, so it's refreshing when an artist cites a couple of influences and upon listening, they are both relevant and fair. Funnily enough I thought of a totally different artist when I first listened to 'Waiting For You To Run' who in my book, is even better than the ones mentioned in the promo (and yes it's all down to personal taste). Anyway, this is one very good song and Georgia Reed has really made it fly, a case of wanting to hear more, which is always positive. 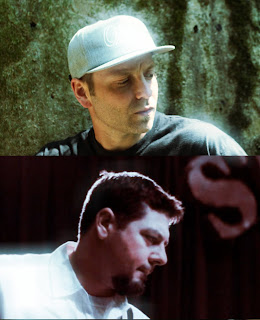 Background promo & bio - Ronjo V’s new album is a eclectic, haunting yet stoic examination of the world. The music is a down home flavor of classic alternative; mix in the production skills that would make even the most experienced producers listen over and over again to learn their secrets and you have Ronjo V.

So who is the mysterious Ronjo V? The artist is actually composed of two compassionate yet laid back men residing in notorious Austin, Texas. Ryan Joseph and Keith Morgan have been musical partners in crime since their college years in Arkansas. Driven by the shared dream of living their lives in the studio creating music, the two relocated to Austin and opened 5th Street Studios.

Now the two are focused on developing the sound of Ronjo V and we can definitely hear this in their latest releases! Greeting our ears is Ronjo V. A proportionate mix of the haunting sounds of the Arctic Monkeys and Black Rebel Motorcycle Club, Ronjo V introduces us to an innovative sound. Ronjo V takes us on a chordal journey not only through their writing but also their engineer and mixing skills.

Through their music we can hear all of the musicianship that is Ronjo V. The control of the guitar, how the vocals sit so nostalgically in the mix, and the texture of the harmonic instruments touch even the most eclectic listeners. The sincerity of their drives us to seek more and the rawness pulls us back to the first track we listened to.

The wavering effect of the instruments, the effect of the vocals, the bedding of bass and the dampened kit create a mellow, almost haunting atmosphere. Simple instrumentation but the mix, the subtle writing and the honesty of the music itself takes it to a whole new level!

This is a generous three song share from RonjoV, considering the quality of their music. So in the spirit of fairness, I can say we conviction that the remainder of the songs are equally as good and in one case outstanding. I don't think they are trying to copy anyone, however everyone from Radiohead through to those mentioned above and more, seem worthy benchmarks for the bands music. To say the least, I am really impressed.