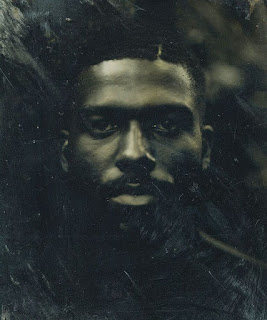 Background promo - Twenty-three year old Kwesi Foraes, a folk-soul singer-songwriter, grew up in Long Beach California where he submersed himself early on into the music scene studying, folk, rock n roll, and blues.  Foraes spent years experimenting with different music styles and bands.  But after a surge of 3 family deaths all within a year, Foraes faced a hard internal battle while struggling to overcome his personal demons that almost took his own life.

Kwesi Foraes, at a point with few options of release, searched for an escape & sense of truth in his music and found it like never before in darkest and most raw pockets of folk, expressing himself at the most vulnerable and visceral levels, embracing all truth and confronting all ills head on.  Writing in trances of personal experiences and vivid encounters with spirits of his past, Foraes dedicated the last 4 years to bringing a perspective that is rooted far beyond just the music.

This is the second song to be shared from Kwesi Foraes eagerly awaited five track EP. 'Pentacle 13' is raw with emotion, and both vocally and musically delicious. Except from the words above I know nothing more about Kwesi, this wonderful song will ensure I try to learn more. 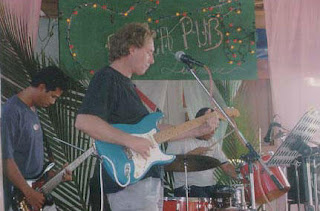 Background promo - ‘Indus Rush’ is the brainchild of musician and producer, Stephen Whitby, recorded with session players from around the World, and mixed down and produced by Steve in his Dalbeattie Studio.

The single ‘Romany Days’ was written when Steve was 17 or 18, whilst at school in Dover, UK, after studying Thomas Hardy for his A levels, hence the reference to the Reddleman, reddle being the sticks and twigs collected in bundles and carried on the back of wandering collectors. The song started off as a folk song but gradually transformed into a Romantic rock song over the years. It exudes a dreamy romantic view of life and society in those heady days, also describing the pleasures of drinking, friendship, and the beauty of the surrounding natural views such a Traveler’s life would witness.

“Romany Days’ is the first single from the album “Tales & Anecdotes From the Waterfall”, which will be Indus Rush's second album of Rock songs, Orchestrations and Tunes, and features Swede Bjorn Dahlberg on Piano and Clarinet, and Max Saidi on Drums.

Stephen has spent the last 30 years travelling across the world and playing with a variety of famous musicians (including Adrian Fisher from Sparks, David Glasper and Ian “Spike” Spice from Breathe, Sparko from Doctor Feelgood and Mathew Kelly of Kingfish & The Grateful Dead) on a glorious beachfront setting called Secret Garden, on Koh Samui, in the Gulf of Thailand. He moved back to Scotland in 2008.

Indus Rush previous singles, ‘The Market Place / Mandingo’, and ‘Crackin’ Up’ have enjoyed a lot of airplay and interest, and have been particularly well received in the U.S., together with compilation tracks 'Waterfall Dance' and 'The Love Ambassedors'.

The well chosen inclusion of clarinet and piano gives the song 'Romany Days' that little something that makes a song stand out, in the ever crowded music world. With a pleasing melody and story telling style vocals, everything is refreshing and quite absorbing. 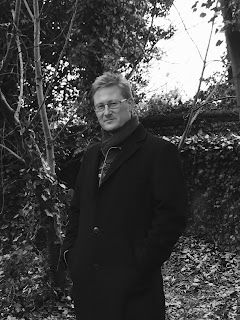 2011 was the changing point in his musical career where he decided to go solo after years of playing in bands. He decided that he wanted the artistic freedom that goes hand in hand with being a solo artist. Inspired by this new found autonomy Gideon recorded a glut of new material and produced a video for fan favorite - Girl in the Cab.

His most recent project is the ‘STAR’ EP which includes the Songs ‘Move On’, “Summertime’ and ‘Girl in the Cab’; collating recent songs from the last two years in preparation of his new album where you can get a sneak preview of some of those tracks if you buy the EP.

Collaboration with TeleFunken and Sonic Minds providing vocals and guitar have proved rewarding experiences – so much so that as well as writing and recording his own music he’s also heading in the direction of Indie songwriter and producer, currently working with other artists that need help in writing songs and building melodies/music to go with their ideas.

The recently released STAR EP with title track featured below, is often bright and upbeat, however it can and does mix differing styles and emotions. Musical influences cited above left me uncertain on quite what to expect, however it's fair to say Gideon Blue has plenty of uniqueness, and is not a clone of others ideas. Based on this the album should be a good one.