Genre Mix Up: The Person & The People - Emily Rodgers - Grieving 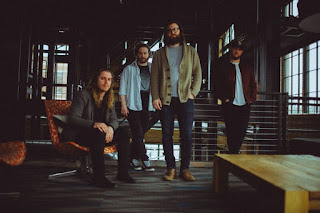 Background bio - For nearly a decade The Person and The People have been a fixture in the Twin Cities’ “indie” scene and their experience is evident not only in their enchanting, nuanced live performances but also in their seemingly endless arsenal of catchy rock songs. Based on their past releases and their ability to navigate seamlessly from crunchy, beer-drinking guitar riffs to wistful ballads to angsty break-up songs, one can truly expect anything from their upcoming release Dark and Low.

The album promises to be collection of infectious melodies, dreamy hooks, punch-drunk guitar riffs, and sharp, relatable lyrics that poke fun at themes like society, love, and self-doubt. This creates delicate balance between everyday realism and confident farce. There are moments when we feel caught between the pull of the past and the promise of the future. Dark and Low stands on this precipice, draws a deep breath, and takes the next step. For The Person & The People, it’s fine. Album release date: Friday, April 22, 2016.

'Dark and Low' is a cracking album. 'Hot Summer Nights' the third of eleven tracks on the new release, is but a toe in the water of this fine collection of songs. The band crank things up on some songs, whilst on others there is a more leisurely and confident rock'n'roll swagger. But always there's the layered guitar riffs and melodies. If you like the featured track, I reckon you will be delighted with the album. 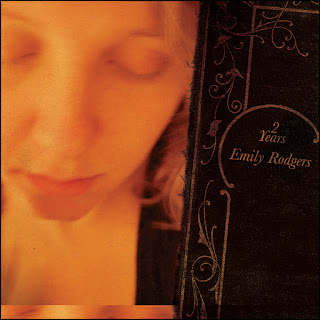 Background promo - It’s clear from note one of Emily Rodgers’ new album, Two Years: she’s up to something a little different. Different from her past records, but different especially from so many of her contemporaries. In a world of indie-folk sameness, where epic and bombastic are the rule, Rodgers is deliberate and intense, quiet and bookish. And it's in its very quiet intensity that her music commands a listener’s full attention.

On paper, Rodgers’ music might seem like it would add up to folk or alt-country: A band with guitars, a pedal steel, some fiddles here and there. But on listening, you’re as likely to pick up on an undercurrent of shoegaze, chamber pop, even post-rock on Two Years. The violins oscillate under Rodgers’ melodies, more Dirty Three than country. The pedal steel soars. Rodgers’ voice, beautiful and world-weary, echoes.

On Two Years, her first album since 2009’s Bright Day, Rodgers worked with legendary producer Kramer, who was responsible for the sounds of first-generation shoegaze and slow-core innovators like Galaxie 500 and Low. (Kramer mixed and mastered Bright Day, and returned as producer this time around; he also produced two videos from the new album.) It’s fair to look at the album as a product of Rodgers’ unconventional writing -- she’s an English professor, and looks to literary sources for inspiration -- and Kramer’s sonic genius. Low comes to mind as a reference point; so does Tara Jane O’Neil.

That Two Years is her first recording in nearly seven betrays the fact that Rodgers isn’t rushing things. Song by song, she avoids the temptation to try to cram too many words into a phrase; there’s a deliberate confidence in her delivery. Rodgers takes her words seriously, and wants you to, too. (And not just her own words -- the album closes with a haunting, otherworldly cover of Neil Young’s “I Believe In You” that turns the original on its head.)

Make no mistake: Emily Rodgers’ songs generally aren’t happy. But in their contemplative melancholy, there’s a thread of fearlessness. Uplift and bombast may be the rage these days, but as Emily Rodgers makes clear, there’s something to be said for courage, contemplation and taking the time to let the words set in. Why create more of the same when something a little different can turn out this beautiful? Emily Rodgers "Two Years" (Misra Records) Release Date June 10th, 2016.

First of ten songs on the forthcoming album 'No Last Call' sets the standard on what is a treasure trove of beautiful songs. The songs don't so much switch across genres, but rather they melt them together. There is a feast of instruments, each one ideally suited for the melodies and the emotion of the songs. There may have been a lengthy gap since her last album, however if the material is going to be this good, then Emily Rodgers music is well worth the wait. 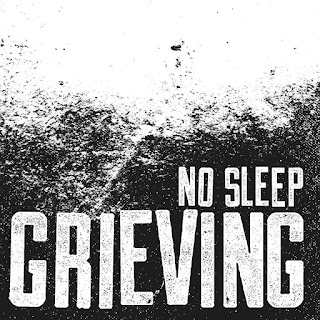 Background promo - Grieving are a new band from Cambridge, playing direct, twisting indie-punk. The band played their first shows over the last couple of months, alongside the likes of Tellison and the much buzzed about Muncie Girls and have recorded six songs with Matty Moon (Bloody Knees, Lonely The Brave) set for release as a series of singles over the coming year.

In debt to the likes of Dismemberment Plan, Jets To Brazil, Drive Like Jehu and elsewhere the lo-fi pop of Guided By Voices, Bob Mould etc. you can hear the anxious, anthemic indie-punk of “No Sleep”.

Bassist Jack Hurst told The Fader: “No Sleep is one of the first songs we wrote as a band. It came together real naturally and I think we all knew when we left the rehearsal room with it finished that we had something there. Lyrically it’s about a previous bout of insomnia, how it can burden and disorientate you, especially as you get that little bit older and responsibilities weigh down on you further. There’s no time for a muddled head anymore. Zopiclone, referenced in the second verse, is a “nonbenzodiazepine hypnotic agent” according to Wikipedia. It works. Do not operate heavy machinery the next day.”

Straight down the line indie punk - no flowers in vases here, just good old honest bad attitude guitar riffs. Vocals give the song it's individual identity. A refreshing reminder that a few chords and plenty of energy can do wonders.