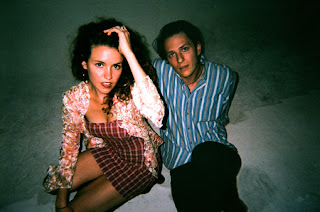 Background promo - Burgeoning London independent label 37 Adventures (Jones, Deptford Goth, salute) have added another string to their bow, with the signing of Geowulf - a dream pop duo based between London, Gothenburg and Berlin.

Originally from Noosa, on the Sunshine Coast of Australia, Star and Toma met in their teens. Despite both her parents being musicians, Star only found her voice 3 years ago - the pair naturally joined forces and have written together ever since.

Channelling sweet sounds reminiscent of Beach House, Mazzy Star and Lana Del Rey, Geowulf's debut offering 'Saltwater' is a sinuous and melodic pop single; a bright and uplifting introduction to a band we're going to be hearing much more from.

The single features on the forthcoming 37 Adventures label compilation 'Odd Numbers Volume 1', which is due for release on 5th August and showcases new and select cuts from the label's brilliant roster. Geowulf is Star Kendrick (vocals) and Toma Banjanin (guitar/production).

'Saltwater' is a really beautiful beach pop song. Melodic, dreamy and for me a song, I know I will play again, almost from the opening notes. The above references to other artists make sense, however there is plenty of room for Geowulf, when the music is this good. 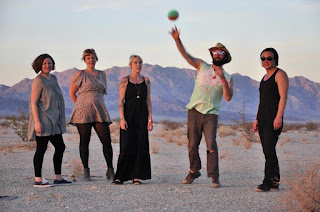 Background - Empty Cellar is proud to release the newest album by Magic Trick, Other Man’s Blues. This offering from the band finds songwriter, Tim Cohen at a crossroads. It was written and recorded during a year that split his time between two lives, in two worlds. The newer of these was on a horse ranch in the northern Arizona desert where he and his partner spent their first year with their newborn daughter. The second of these two was the music world. The latter took place on the road, on tour with Magic Trick or with the Fresh & Onlys. And in the case of Other Man’s Blues, it took place for one week at Phil Manley’s Lucky Cat Studios in San Francisco.

Tim arrived at the studio with a colour-coded composition book of songs he’d been writing while bouncing to and fro. This book would have to suffice in lieu of rehearsal time with the 13 other musicians who appear on the tracks. About half of the tracks feature James Kim on drums, the other half James Barone (Beach House). Alicia Van Heuvel (Aislers Set) and Paul Garcia split time on bass. Joel Robinow (Once and Future Band / Danny James) contributes on keys. Emmett Kelly (The Cairo Gang / The Muggers) provides a couple stunning guitar solos. There are omnipresent vocal harmonies from Alicia, Noelle Cahill and Anna Hillburg, the latter of whom also plays some trumpet. San Francisco standbys Dylan Edrich, Tom Heyman, and Marc Capelle all contribute. It was a loose, largely improvised affair.

The album’s roster is less the product of grand ambition, and more the result of an open-door policy at the studio. These sessions also served as an opportunity for Tim to hang out with friends while in town. He’d see who was around, they’d swing by. Allegedly tequila was centrally involved. A “hit the joint and come up with a bit” approach. “Here’s a chord chart. Go.”  And guest appearances are more than just a little icing on top here. It’s the principle that warranted giving this project a band name five years ago: when Tim’s non-onlys oeuvre stopped being credited to Tim Cohen and instead was attributed to Magic Trick. Especially in the case of Other Man’s Blues, the players on the album define what shapes these songs take. Magic Trick - Other Man's Blues [Empty Cellar] Release Date: Aug. 26, 2016.

'More' is the only song I have heard from the forthcoming album, and it's an absolute tease, leaving me impatiently waiting to hear more (pun intended). Seriously this is a superb track with wonderful choir like harmonies, within a beautifully crafted song. 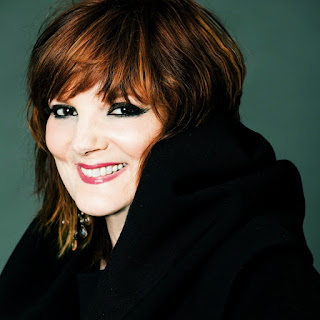 Eileen Carey - In The Air.

Background -  Proving that love is more inspiring than hate, award-winning country star Eileen Carey has countered recent terrorist attacks, racial violence, and global turmoil with “In the Air,” her feel-good ode to the City of Love, Paris, France. Credited by music blog Country Music, ATK with “blending pop, country, and rock in a way that feels uniquely hers,” Carey was recently named the 2016 National Radio Hits Favorite Female Country Artist of the Year and New Music Weekly’s Country Breakthrough Artist of the Year. “In the Air” features champagne, limousines, movie stars, and, of course, love. "In the Air" is the first single from Carey’s fifth studio album, produced by Travis Allen Childress and set for release later this fall.

According to Carey, “In the Air” is a heartfelt tribute to Paris, the city she visited two weeks before terrorists killed 130 people there in November of 2015:

“Paris is such a whirlwind of love, romance, and excitement that the terrorist attacks there felt personal to me. I had just visited the City of Love two weeks before. It inspired me to write a love song for two people set in the gaiety that is still Paris, a kind of victory for the spirit of love.”

Having recently made her third consecutive appearance at the CMA Music Festival in Nashville, Carey’s “Bottle Your Crazy Up” reached #1 nationally in 2015, where it competed with major-label country performers. Carey’s three released singles are from Let It Go, her most successful album to date. Carey won The Academia Music Awards Best Country/Rock Song of the Year for “Bottle Your Crazy Up.” Akadamia.com called Carey’s composition and performance “a clever country jam with dulcet vocals and superb instrumentation, illustrating one of the most stringent performance standards we've encountered.”

'In The Air' may be a heartfelt tribute, however it's no sentimental dirge. Rather it is a bright and breezy song that seemingly celebrates the romance of Paris, as many feel the city to have. More "pop that rocks" than country, it's a pleasing and catchy track. 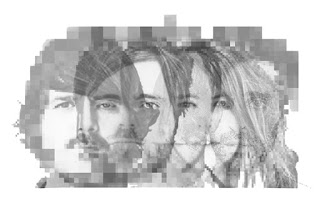 Background - SD3, the Los Angeles based synth-pop group, wants you to dance all night, drive faster while you sing along and, most importantly, have fun. And their music demands the same results.

SD3’s much-anticipated new single “All That I Want” is available now on all digital outlets.

With its combination of bittersweet lyrics and buoyant rhythms, “All That I Want” reminds us that we all have a shot at getting that one great love back.  “It’s about the moment in a relationship when things get too comfortable,” shares the band.  “It’s all being held up by memory, and you either fight to get it back, or you let it go.  This song is about the desire to fight.”

Influenced heavily by the music of the 80s, SD3 exhibits a refreshing, hopeful innocence and pop purity that’s impossible not love.

“This is not music of rebellion,” declares the band. “This is music of acceptance, a place where everyone is invited. The door is open and we’d love to have you.”

I have been receiving some rather good synth pop songs in recent months, and 'All That I Want' can happily join the collection. Another melodic song that's full of hooks and really well produced, it lifts the spirit and sometimes that's all you need.