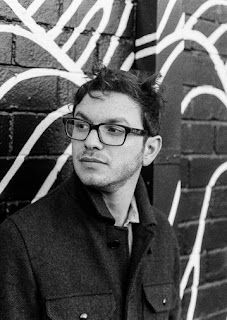 Allen-Piccolo's debut single, "Do For You" exclusively premiered with The Deli Magazine San Francisco. Of the single, Mark said, "Life is full of routine, responsibilities, demands from other people. Usually, you're so busy that you don't even have time to think about what it all means or adds up to. The song is a kind of dream about being freed from these responsibilities, and imagining what your life could be like if you could spend all of your time exploring your inner life--even better, exploring it with a companion who truly accepts you for who you are."

Mark Allen-Piccolo just released his second single, "Moonglow" with Elmore Magazine, who raved the track "takes you into the mind of an artist whose head is swirling with centuries of musical infuelnce." Allen-Piccolo's masterful musicianship is displayed in tracks like "Moonglow" and "Do For You" as they are influenced by a variety of genres and executed flawlessly.

Mark Allen-Piccolo's eclectic tastes have certainly shaped his musical style: a satisfying blend of alt-pop and indie rock, peppered with hints of classic American folk. Mark builds on those foundations with a harmonic and timbre complexity and an approach to arrangement that finds freedom and spaciousness in restraint. He began his career as a rhythm player in various bands, arranging instruments for others’ melodies. This experience inspired him to hone his craft and to develop the voice he now brings to his own writing.

'Moonglow' has an upbeat musical vibe that seems to sparkle beneath Mark Allen-Piccolo's equally bright and breezy vocals. It's typical of the overall calibre of the new album 'Left From Here' and as suggested in the promo piece above, his "eclectic tastes" ensure the new eleven song album, freely explores different musical ideas, in a very pleasing manner. 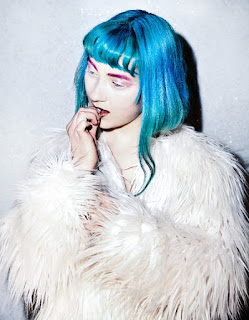 Summer 2015 saw Novaa gathering the ideas and songs that would make up her planned album Peaches. A whole world of new sounds and stories were created, with an avatar or character associated with every song, showing her very unique, immersive take on her own musical world.

In the midst of completion of the album, her car was broken into, and her laptop, which housed all the ideas and new material which would make up Peaches, was stolen. With these songs lost forever, Novaa decided to reconstruct the remnants of these ideas, and Stolen Peaches was born - along with a new, more mature sound. With her defined sound and unique voice Novaa flows perfectly into her full bodied electronic sound she calls “Organic Electronic”.

Novaa is a singer, songwriter and producer, and at only 19 years old, comparisons have been made to highly significant and creative artists such as Björk and Grimes. Within her unique sound which draws from elements of Electronica, Folk and Pop, Novaa creates an impactful new genre - "Organic Electronic". Belted by her crystal clear vocals, she builds on soundscapes that float above the common ground. Past the depths of everyday things and activity she finds fragile frameworks of sounds and vibrant bass notes, forming her own musical galaxy and creating magical new worlds to explore. Stolen Peaches will be available as a free download from September 2016.

Immediately that 'Rose' begins we discover Novaa's distinct and beautiful vocals. With an understated and carefully created musical background, both music and vocals interact in a highly creative manner. This is a splendid song, and a trip over to Soundcloud demonstrates it's not a one off, which bodes well for the forthcoming EP.