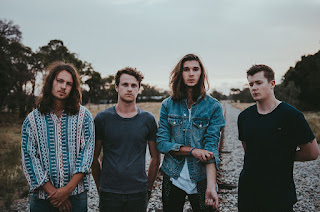 Background - From elegantly smooth acoustic tones to powerful blues-soaked choruses, its no surprise Vorsen is turning heads across the country with their diverse yet distinguished sound. The Perth four-piece combine warm smokey vocals with organic intimate melodies to create heart-on-your-sleeve tracks to the likening of acts such as Matt Corby, Of Monsters and Men and John Butler. Despite being tucked between a variety of genres, Vorsen’s characteristic blend of blues/rock tied in with their energetic and devoted live performances have given them a bold name in the local music scene.

Vorsen’s debut self-titled EP was a stunning insight into the sheer range of the bands sound. Their single “Hurricane” from the album was featured in the Top 5 on the triple j Unearthed roots chart for weeks and was well received both online and by radio across the country.

Following the release of their debut self-titled EP comes the lively follow-up track ‘Take Your Mark”. The single has been captured and produced beautifully by engineer Andy Lawson (Eskimo Joe, Gyroscope) at Debaser Studio, and mastered by legend William Bowden (Gotye, Paul Dempsey). “Take Your Mark” represents a perfect fusion of their multi-genre tastes, a lively blend of twangy acoustic guitars, thunderous kick drums, dreamy vocal harmonies and even a horns section. “Take Your Mark” is a beautifully crafted piece that is both polished yet natural with soaring vocal hooks and driving guitar lines, an exceptional follow-up release. Catch their single launch at the Odd Fellow in Fremantle (August 6th) or Eastern States tour mid September.

We featured Vorsen a while back and the new song 'Take Your Mark' definitely deserves a feature. The song has a natural folk rock feel to it, with the vocals and harmonies driving the melody, above the lively and spirited music. 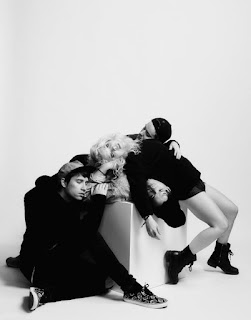 Background - The band will be playing the Reading and Leeds festivals in the UK this summer, along with Taste of Chicago tonight. They will play their first headlining hometown show at Neon Gold's Popshop in Los Angeles, as well, and will be joining dreampop three-piece LANY on tour this fall.

Transviolet was formed in New York and is now based in Los Angeles. McTaggart explains their choice of name, noting, "We were sitting around the living room with books on mythology and poetry one day, determined to pick a band name (as this had been no easy task for us). Judah came across this poem by Charles Bukowski called 'When The Violets Roar At The Sun.' It goes, 'They've got us in a cage, ruined of grace and senses, and the heart roars like a lion at what they've done to us...' It spoke to me so plainly about how we (the band) felt about the world, how our own apathy has led us to this haphazard way of existing - devoid of reason or purpose, just fumbling around the streets with our heads in our phones, passively falling into the future without any real stake in it. We want to be active in designing our future. We believe that our generation can learn to live mindfully, and peacefully and evolve, thus 'trans' as in short for 'transcendence'. To sum it up, Transviolet is transcendence into a new, violet awareness. We loved that idea, so it stuck."

The band released a self-titled EP last fall and closed out 2015 with one million Spotify listeners, who played a staggering 20 years' worth of the band's songs. Three songs from the EP - "New Bohemia," "Girls Your Age" and "Bloodstream" - have all ranked in Hype Machine's Top 5 and climbed into the Top 15 (or higher) on Spotify's Global Viral charts.

'LA Love' is a refreshing and beautiful pop come rock song. With hooks and vibes like this, it's hardly surprising that the band are already the centre of so much attention. 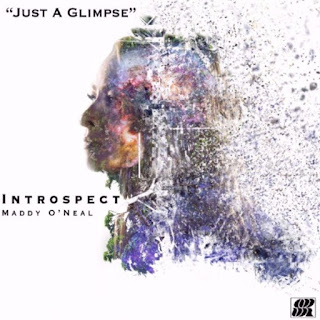 Background - Maddy O'Neal saw her debut solo effort "No Master Plan" resonate with fans and industry peers alike. Available today is the second single off her forthcoming 'Introspect' LP in "Just A Glimpse". Boasting a visual aesthetic that's directly linked to her music, Maddy O'Neal brings listeners on a visceral, emotive auditory experience. One that showcases the inspirations behind 'Introspect' one release at a time.

'Just A Glimpse' oscillates between a brooding, hypnotic bassline and rhythmic harmonies that introduce piano key strokes, horns and more. The eclectic production is a testament to her classically trained background and multi-faceted skill set.

Maddy is determined to become a female leader in a male dominated live electronic genre. Maddy’s rock n’ roll family roots and growing appetite for old-school hip-hop, give her a versatility that sets her apart from other artists in the scene.

It’s this versatility, paired with her meticulous ear and effortless mixing style that allows Maddy to connect with her audience. By incorporating influences from across the genre board, Maddy’s production are full of melodic overtones, driven basslines, and jazzy hip-hop. Laying her heart and soul out every time she hits the stage, her undeniable passion gives her a massive appeal that any music junkie can relate to.

' Just A Glimpse' is a vibrant electronic piece, that really does showcase the talent of Maddy O'Neal. With a dominant beat at it's core, other sounds and instruments circle around, creating as much intrigue as it does involuntary foot movement. 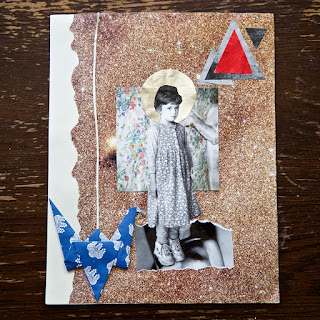 Background - "These songs were all written at a point in my life where I was experiencing a change in identity. Lyrically, there was a lot of looking back and processing the life and experiences I had been through. As a band we chose these songs in particular because they are some of our favourites from that time and they all share a similar mentality and tone. These are the songs that helped to shape and make us." - Chrisy Hurn

Hamilton, Ontario’s Basement Revolver plays introspective and emotional indie rock music, reminiscent of The Pixies and the Yeah Yeah Yeahs. The drone of the city haunts front woman Chrisy Hurn: stories woven with factory skylines and gritty streets are sung in a voice pure as water, flowing down high escarpment walls. The heavy lines of bass/synth player Nimal Agalawatte and drummer Brandon Munro are bedrock for Hurn's ethereal and immediate guitar work. Developed song craft and infectious rhythms will have you following Basement Revolver into feelings you never knew you had.

Basement Revolver has shared the stage with We Are The City, HIGHS, Dave Monks and Evening Hymns, among others. They are set to release their debut EP in July of 2016.

Basement Revolver are fast becoming Beehive Candy's "house band" with the song 'Lake, Steel, Oil' becoming the band's third feature from us this year! Well we have said a whole lot of wonderful things about their music already, so this time round I will just gently urge you to check them out.