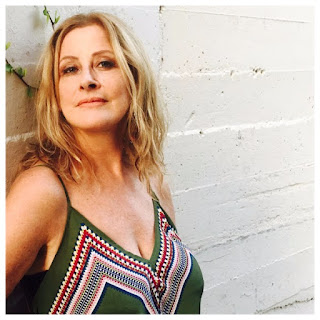 Background promo - Kiwi born L.A. based singer/songwriter Helen Henderson is pleased to announce the release of London – a collection of beautifully crafted, honest folk/rock offerings penned and recorded in London in the 70’s, capturing the special time and energy of a bygone era.

Arriving in London as a young woman with just fifty pounds in her pocket and relying on the kindness of ex-pat NZ friends, Henderson was introduced to Nigel Grainge who signed her to Ensign Records – home to The Boomtown Rats, The Water Boys and Sinead O’Connor.

With the help of some of London’s top session musicians, Henderson recorded a selection of songs at Advision Studios, the home of many a hit record. These tracks captured the attention of Geffen Records in Los Angeles. The only artist signed to Geffen’s new label at that time was John Lennon. Henderson flew to LA in November 1980 to meet with Geffen, only to be stalled and deeply shocked by the death of John Lennon on December 8th.

Henderson recalls, “Rock and roll suffered a huge blow. Nothing would ever be the same. My world turned upside down. As the dust settled I put down roots in LA.” Henderson rewrote ‘River’ and ‘Chameleon Woman’ in LA and rerecorded them plus ‘Anyone’s Baby’ at Phantom Vox Studios in Hollywood with such esteemed LA musicians as friend and guitarist Doug Pettibone. “It was challenging but gratifying to revisit the songs here in LA and breathe new life into them”, says Henderson. The songs on London have a pure, uncontrived quality and conjure the likes of Sandy Denny, Sharon O’Neill and Chrissie Hynde.

London is now available for purchase on CD Baby and all good digital outlets. Physical copies are available from Bandcamp.

'Windows Of Gold' is the second of ten songs on the London album. This is a fine collection of songs, with plenty of emphasis on rock. There are three gentler folk ballads, whilst the majority of songs certainly test rock music's borders from blues orientated rock'n'roll, through to country rock. Helen Henderson delivers the vocals with real quality, above a very high class soundtrack. Despite originally being written in the 1970's there is a consistent freshness and quite timeless feel across the collection.