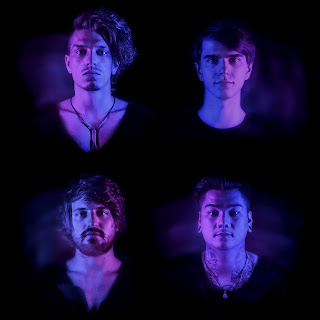 "Comfortable" is a meaningful title for the band because it's about the desire to feel comfort at the end of the day. It's about defining and finding comfort, whether that's emotionally, financially, physically, or creating your own version of feeling at peace. The song was written by lead singer Tom Vanderkam while on a plane to Los Angeles with his girlfriend Maddie Phillips, who stars as the heroine in the music video.

Vanderkam reflects on the track, "'Comfortable' is about having someone that you love and depend on ripped away from you. Whether that’s a breakup or the death/deterioration of a family member or what have you, we’ve all known that sorrow. Lyrically, the song is interesting because it can be from the perspective of either party – the person losing someone, or the person who’s becoming lost."

Hawking is a progressive alternative foursome from Vancouver, Canada. They released their Hawking EP in July 2015 and recently embarked on a 50-date tour across North America. The EP was immediately met with an onslaught of acclamatory reviews from indie tastemaker publications. The group strives to keep their songs as enigmatic as they are catchy; combining powerful, evocative vocals with melodic hooks, angular guitar riffs and a liberatingly adventurous rhythm section. As the Canadian music mavericks continue to take the scene by storm, Hawking is driven to make passionate, real, and memorable music for many years to come.

The mixture of vocals and harmonies works well on 'Comfortable', add to that the funky clear rhythm, and layered synth sounds and you have both a pleasing and punchy song. 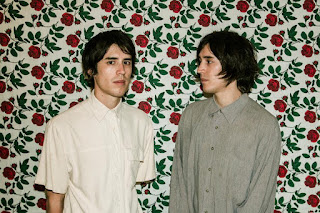 Background - Ablebody is an LA-based duo comprised of identical twins Christoph and Anton Hochheim (members of The Pains Of Being Pure At Heart + The Depreciation Guild). They've been quietly releasing music under this moniker since 2013, self-releasing an EP and 7" single, crafting remixes and demoing original material as well as a myriad of covers. This week they share the single "Gaucho" .

Drawing from the raw grandeur of the 60's, the melodicism of soft 70s pop and the sophisticated side of romantic 80s synth pop, Ablebody stand suspended between decades; students of the past but far from retro fetishists. Their musical prowess is evident but the songwriting remains tastefully direct at all times, with arrangements that bend and move in surprising ways but tastefully blanket the overarching sentiment of the songs in a way that we rarely hear in this decade.

The duo have recently taken their sound from the bedroom to the studio, working with producer/engineer Kenny Gilmore (Ariel Pink's Haunted Graffiti) to craft songs with a more visceral edge than they've explored in the past. Daniel Rosenbaum (Pomar) and Jordan Sabolick (Mt. Ossa) have joined the duo to help bring the songs to life and add new dimension to the live dynamic.

Their debut full length record Adult Contemporaries will be released by Lolipop Records on October 14, 2016.

'Gaucho' is the second song we have featured from Ablebody this year, and continues the dynamic and synthy sounds that are both melodic and funky. If the album maintains these standards the twins deserve to be noticed.