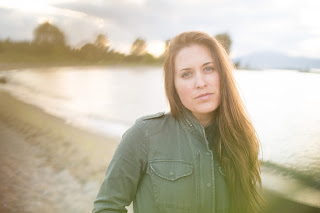 Background bio - A little town in the Florida panhandle may be the only true home to Southern songstress Tanya Gallagher, but her music spans the country from the coastal plains of the Gulf of Mexico into the far reaches of the Pacific Northwest. Born and raised near the Florida-Alabama line, she spent her formative years along the Gulf Coast studying environmental science and working odd jobs whilst fine-tuning her song-writing skills. Her 2013 release, Oh My Love, reveals beautifully crafted melodies and thoughtful folky refrains, enough to garner the attention of both her US and Canadian peers.

Collaborating and performing alongside fellow wordsmiths and fans, like James Adkins, Logan Vath, and James Dupre, her song-writing conveys the honesty and wisdom of a woman who is beginning to establish a musical identity all her own, yet one still rooted in the soulful folky crooners who have paved the way before her. With her voice as smooth as whiskey and an acoustic guitar, Gallagher uprooted and moved from Pensacola, Florida to Vancouver, BC in the fall of 2013 to pursue a PhD in Landscape Ecology and continue song-writing. Her latest album, Virginia, is set to be released September 30th, 2016.

The first of seven songs 'Virginia' gives a good taste of the folky and refined music Tanya Gallagher creates. Her songs tell stories and conjure up mind pictures, whilst the music and harmonies, add melody and atmosphere. Understated and yet full of feeling, it's a really fine collection of songs. 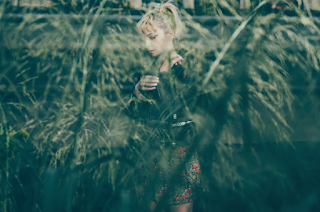 Background - "Danielle Johnson, is a Catskills-born producer and recording artist who makes music as Computer Magic. She spent years as a fixture on the NYC nightlife scene as a teen DJ going by the name Danz, then dropped out of college and started making music withe her midi controller and her computer. She's particularly revered in Japan; she likes to wear NASA space suits. Since 2010 she's released a bunch of EPs and last year's debut LP Davos (Gary Numan fans get involved!) and below is the premiere of her new song, "Dimensions," lifted from her forthcoming EP Obscure But Visible. "Life is short but love is long / Take a breath and carry on," she exhales wistfully over canned beats and dancing synth lines. There's a pinch of "Yoshimi Battles the Pink Robots."

"The song 'Dimensions' was inspired by my recent time spent in upstate New York—the intense skies at night, the infinite green fields," she explains. "When you're lying on the grass in the middle of nowhere looking up at the stars, you realise how small your place is in the universe, and in turn your current problems tend to fade away if only for a moment. I suppose the lyrics are about this, the feeling I experience looking up at the stars." 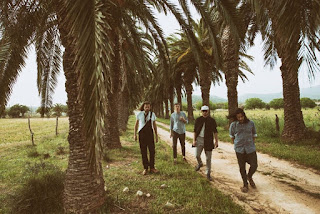 Background promo - Berlin based four-piece Lion Sphere are one of the most exciting bands to come out of Germany this year. The release of debut single 'Sisters', and accompanying visuals, set the boys on a trajectory of nationwide shows and increased demand.

The band blend thumping electronic fragments with heavy hip-hop grooves, spacious guitar licks and raw, soulful vocals to create a mixture of genres which don't quite sound like anyone else, and this is what sets them apart in the German musical landscape. The music is a mesmerising fusion of dreamy melodic detail, airy synths, jazz infused drums and a satisfyingly throbbing bass presence.

Their modern and unexpected song structures are strung together by hooky melodies that range from delicate falsettos to smoky powerful vocals. Lion Sphere break with the conventions of overused pop palettes and create their own synthesis of each members unique musical and cultural background. "Sisters" is the first taste of their debut EP The Infinite You to be released in October 2016.

The soulful vocals on 'Sisters' are matched almost to perfection by the equally superb musicianship. Produced with layers of beautifully blended sounds this is one encouraging introduction for the EP. 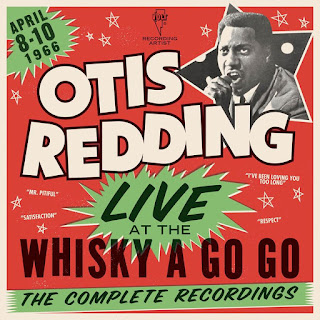 Background - Stax Records and UMC, are pleased to announce the release of Otis Redding – Live At The Whisky A Go Go: The Complete Recordings. In chronological order, this six-CD collection presents the entirety of Redding’s historic performances over three nights at the famed Sunset Strip venue. The seven sets, recorded Friday, April 8th – Sunday, April 10th,1966, feature the singer’s popular songs of the time, including “Respect,” “I’ve Been Loving You Too Long” and his cover of The Rolling Stones’ “(I Can’t Get No) Satisfaction.” Several of these recordings--all remixed and remastered from the original 4-track analog tapes--will be made available for the very first time on October 21. In fact, this collection will be the first to offer fans the chance to relive all of the sets in their entirety, including between-song banter by Redding exactly as they were performed. Rounding out the package is a poster, plus new liner notes from Los Angeles-based journalist Lynell George and box set co-producer Bill Bentley.

By the spring of 1966, 24-year-old Otis Redding was a bona-fide star on the R&B and soul radio waves. The singer was enjoying the critical and commercial success of his third studio album, Otis Blue, and was watching his singles cross over to the (typically very white) pop charts. Redding had yet to be fully embraced by a white audience, and this weekend-long gig in Hollywood, booked at a venue known more for hosting hippies, and launching bands like The Doors, The Byrds and Buffalo Springfield, was a shrewd move to introduce Redding to a new market. In fact, Redding would be the first major soul act to perform on the Whisky’s stage. In her liner notes, Lynell George adds context: “The Strip, like much of 1960s Los Angeles, had invisible but tough to permeate dividing lines...Redding began to see this three-night run as just the right spark to help him jump over all those many lines, from star to superstar, from R&B/soul to pop, from all-black rooms to arenas…” In the end, these Whisky sets (with Otis' nine-piece band) did prove to be an important step in Redding’s career, and introduced him to the emerging counter-culture of the 60s. Of the Whisky shows, The Doors' guitarist Robby Krieger said, "I remember standing right in front of the stage for the whole show. I never heard of Otis Redding before and I was amazed at the energy that he created on the stage.”  A year later, Otis would be the star act at the Monterey Pop Festival, sharing a lineup that included Jimi Hendrix and The Who. Tragically, just as his career was reaching its peak, Redding’s life would be cut short in a plane crash, in December 1967.

'Mr Pitiful' is all I have to hear, for a compulsive need to own the entire six CD collection. Otis Redding, soul master, what a tremendous experience listening to all of this is likely to be. 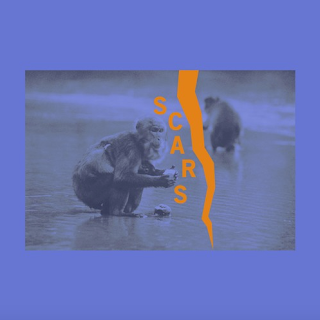 Background - Stockholm based Lion's Den, including members from bands such as Wild Fangs, Holograms, Mind Traps and Martin Savage Gang, release a new single from their forthcoming debut album!

Lining up to the album the band has released singles "Nothing's Fine" and "Timetimetime" receiving great praise from blogs all over the world. "Scars" is out now and the debut album will be here on August 31st.


Uncomplicated it may be, however'Scars' has all the vital ingredients for an indie garage/pop/rock or whatever you decide it is song. Hooks galore, a lively upbeat soundtrack and vocals that add some rock'n'roll edge.