Globetrotting: Hideout - The Argues - Citizen of the World - Sylva Faye 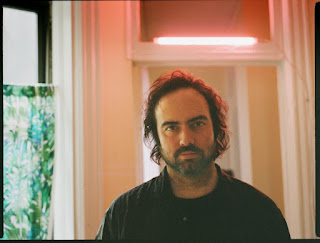 Background - Hideout is Manhattan-based songwriter Gabriel Rodriguez, who's also a longtime band member of Cults. His sophomore album So Many Hoops / So Little Time is set to release on 2/3/17 via Small Plates Records.

It’s been two years since the release of Hideout’s debut album Rookie, and in that time many things have changed for Rodriguez. Most tragically, the passing of his brother. So Many Hoops / So Little Time deals with grief in different spectrums –– the album ranges both sonically & lyrically from whimsical space-pop to crushing acoustic vulnerability. There isn’t a singular concept or message, but the deeper you delve into Hideout’s world the more you feel nostalgia and a sense of loss.

Hideout began as a recording project. The majority of Rookie was recorded while on the road with Cults. Rodriguez took advantage of the downtime by tracking songs in hotel rooms or at friends’ homes. Fast-forward to the forthcoming So Many Hoops, mixed by Loren Humphrey at Stockholm Syndrome Sound Studio in Bushwick, NY, the recording process was far more linear than Rookie. The album evolved predominantly at Rodriguez’s apartment while the surrounding turmoil of loss sunk in. Emotionally charged, he turned to the art of songwriting & storytelling to help navigate through the many answerless questions.

Now a fully realised band, Hideout has been performing live with a rotating cast of New York musicians over the past year. It’s just the beginning. Website here.

I think it's the vocals that initially gained my attention with 'Doctor'. They are distinct and just right for songs like this one. On reflection the music really is the foundation for the track and the subtle chorus harmonies are a treat, I look forward to hearing the album. 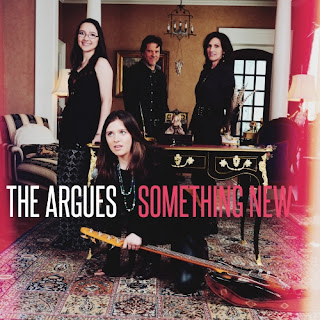 The Argues - Run Till You Drop.

Background - An indie roots-rock family band, The Argues officially formed in Toronto in 2010 and are now based out of Springwater, Ontario –  the location of their studio and the place they park their touring van and trailer!

Fronting the band are sisters Sabrina Argue, 16, and Lauren Argue, 18, who have been wowing audience with their talent on vocals, multiple instruments and songwriting!  They are serious musicians and have led the band at countless live shows over the past five years.  With natural references to TV’s “The Partridge Family“, The Argues sound more like Tom Petty and The Lumineers.   The band performs rock, blues, country and folk covers but particularly enjoys performing their own catchy originals!

The band has performed many times on Rogers TV Toronto including a feature on the 2016 “The Best Of” Toronto Sessions finale and has been featured in the Toronto Star and on the cover of Toronto Today magazine. Their demo CD, recorded at Canada’s legendary Metalworks studio in 2010, has been played on college radio across Canada.  Band members Sabrina, Lauren, Chantale and Michael have charmed radio audiences with on-air antics, interviews and promotions including CKOC, CFRE, The Hawk,  Moose FM and Q107 Toronto’s Rock!

The Argues have shared the stage with amazing Canadian musicians including The David Love Band, Irene Torres and the Sugar Devils, JW Jones, and Jack DeKeyzer and have warmed the stage for Hotel California, April Wine and Finger Eleven.   Energizing theatres, bars, corporate events and festivals all over Ontario. Website here.

Having read the above promo piece I was half expecting something that might not be an easy fit for Beehive Candy. 'Run Till You Drop' surprised me, as have all six songs in the collection. Musically they put out some bluesy and rocking material, vocals and harmonies are good (don't expect a Bourbon soaked Janis Joplin sound) and the songs are indeed melodic and pretty catchy. Thankfully they ain't The Partridge Family. 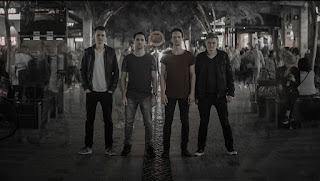 Citizen of the World - In The Moment.

Background - With their new song, ‘In The Moment’, Citizen of the World explore their Indie-Pop side while maintaining the Folk feel that has come to define the sound of the band. The new release a reflection on intense moments when “living in the present” seemed like a good idea; it’s a celebration of past times with a melancholy undertone.

Citizen of the World has built on the success of the foot stomping Folk-Rock genre, popularised by the likes of Mumford & Sons, to carve a new genre described by one competition judge as “Epic Folk.”

Their last single ‘Embers’ was featured on MTV Upload and has reached over 100k plays across digital platforms since the release in May this year. Their previous single ‘Setting Out’ helped them reach both national and international audiences through triple j, and the internationally syndicated radio show Passport Approved. The song has just been chosen as a finalist in the 2016 Vanda and Young Songwriting Competition. In 2016, the band has been building their reputation as a must-see live act with recent performances such as supporting Woodlock at Plan B Small Club, and other artists such as Grizzlee Train, Rackett, Food Court and The Ruminaters at Coogee’s iconic venue Selina’s.

The song was recorded and mixed, as per tradition, in front man Gerrit’s living room (affectionately known as Bay Street Records). ’In The Moment' finds COTW exploring the depths of their Folk-Rock sound. Vulnerable vocals lead into layered and expansive choruses, proving the songwriting to be at its most uplifting and affecting yet. As with past releases acoustic guitars and beautiful harmonies and backing piano characterise the sound of the new single.

The soon-to-be-released music video for ‘In The Moment’, set in Sydney’s busy CBD, plays with the theme of time and provides appealing visuals to help transport the viewers and disconnect them from their daily routines. “In The Moment” will be released 11th of November 2016. Website here.

Our second feature for Citizen of the World this year, this time with the song 'In The Moment'. As mentioned above the band have veered towards indie pop a little with this song, however the vocals, and especially the harmonies keep their folk orientated feel. Gentler than some of the bands material, it's still a fine melodic and catchy piece. 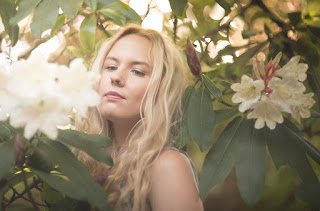 The EP was recorded in and set over forty-eight hours of Sylva’s real life: visiting abandoned stately homes, silent night-driving, heading to the countryside from the city to reconnect with nature, waking up next to dying outdoor fires and dreamscapes. This narrative has an honesty and melancholic emotion to it that just poured from Sylva when she wrote the EP. This writing occurred during the heightened senses you have when you wake up on a hot summers day or late at night when the loneliness creeps whilst everyone else in the world is sleeping.

Although Sylva is a solo project she has been playing live in London for five years with a full band: Adam Martin (Bass), Will Rathbone-(Sax), Catherine Embleton (Keys), James Oldfield- (Guitar) and Danyal Ince (Drums). The band have played at credible venues including 02 Islington, Proud (Camden), Water Rats and 229 mesmerising audiences with their atmospheric, ambient, folk mélange. Previous support for Sylva’s EP’s releases to name but a few, comes from BBC introducing, BBC 6 music, BBC Beat Live, Faded Glamour, I Love Pie and When The Gramphone Rings. Facebook here.

Sylva Faye's vocals are adorable on 'Blythe', a gentle almost folk like song, where the delicate guitar and synth background is so very refined and inviting. I think one of the most over used terms PR companies use to describe a song is ethereal, which is a shame as this track cries out for that description, through and through, so the writer of the above material can have a well deserved pat on the back, for getting it spot on!