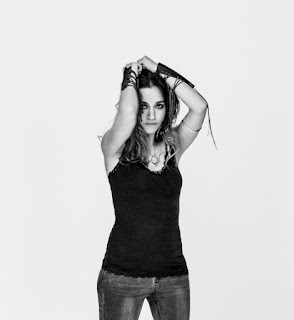 Background - Linah Rocio is a singer-songwriter whose music - a fervid mix of jazz and indie, soul with hints of avant-pop - is passionate and powerful, intimating all manner of behind-scenes torment and drama. Showcased on her compelling new album Warrior Talk, it is beautifully arranged, with instruments ranging from electric guitar, piano and drums to banjo, trumpet, cello and double-bass. Each musician helped to shape the direction of the songs they performed on, adding to the free form nature of the recordings.

The songs on Warrior Talk are richly detailed yet loosely constructed, with a jazzy spontaneity to match the self-styled diminutive warrior’s appealingly careworn - now caressing, now clamouring - voice, capable of communicating sorrow and despair, ecstasy and desire. There is a hair-trigger quality to her singing and piano-playing, both likely to erupt at any moment, with abrupt changes of tack and pace. There is a rawness and intensity here suggestive of a wild, unpredictable and untrammelled talent, one who operates best with a free rein and over a wide range.

She titled her album Warrior Talk because “it’s like a conversation you had with yourself, where you went through something - like a war,” she explains. “An inner war.” The front cover shows a translucent picture of Linah’s head transposed over an image of the universe: she has travelled through (inner) space to bring you these meditations on emotional collapse and self-cancellation, death and rebirth.

Warrior Talk is an album of extremes, of dynamic melodies reflecting the violent vicissitudes of a life lived on the emotional edge. It’s an album, ultimately, about fighting - with others, with yourself - to assert control of your destiny. Linah’s triumph is to make the carnage accessible to all. She circles back to the matter of the album title. Before you go into battle you have to see what your surroundings are and prepare,” she declares, finally. “Warrior Talk is a talk between me and, well, everyone. Because everyone struggles.” Website here.

From the new Warrior Talk album we have 'Kill The Monsters'. It's typical of the quality of production across the release, but only a small taste of the differing melodies and direction each song takes. Sometimes the music is quite intimate and the lyrics feel very personal, at other moments the energy levels are up taking us somewhere else. As a collection this is a really fine LP, worth checking out in full. 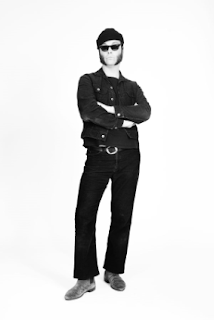 Background - Joel Gion is releasing his new single 'Tomorrow' and it is the psych rock tune we all need to welcome 2017.  Perhaps best known for his long and strange career as the legendary 'Tambourine Man' with The Brian Jonestown Massacre, in recent years, this percussionist has also emerged as a singer-songwriter in his own right. He has released various singles, as well as the well-received full length album 'Apple Bonkers'.

'Tomorrow' is being released ahead of Gion's forthcoming sophomore album, which should be released in early spring 2017. A reflection on the much maligned year that was 2016.

"I wrote and recorded it earlier this year while the Democratic party campaigns were the big topic... So the tune does some BS-calling out of the rising classism in the USA and at the same time sending a message out to not let things get you down too hard – but then nobody in the free-thinking world have ever dreamed things would wind up going this far south in the end," says Joel Gion. "Still, having said that, this is the only life you have, so you have to enjoy it no matter how stupid things get, ‘cause we always have each other and you always have yourself."

The upcoming album was recorded in separate phases between legs of the 2016 Brian Jonestown Massacre world tour. The sessions involved fellow BJM members Collin Hegna, Dan Allaire, Ryan Van Kriedt, and Robert Campanella, as well as other various friends from around the modern psych and indie scene. Website here and Facebook here.

'Tomorrow' packs a bit of a punch, with upfront vocals surrounded by some solid psych rock sounds. As a teaser for the planned new album, it does the job well! 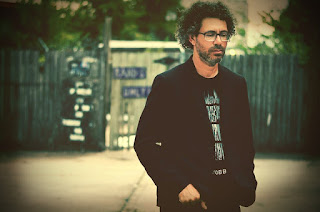 With a background in photography and literature, Damon Kelly spends a good deal of time exploring the way we interact with the physical space in our lives, and finding places where we can shield ourselves from the sonic clutter of living in a society of sensory overload. Members/Instruments: ​ Damon Kelly (synths, bass, guitar, programming, photography, design), Jeff Ryan: drums on Listen and Oslo, Aaron White: guitar on Libra. Bandcamp here, Facebook here.

Again we have a new album where the featured track 'This is as far as we go' is but a small taste of what's in the collection. Overall it's a collection of ambient music, which flows and veers off in many differing directions. Melodic and often relaxing, it's never boring, more hypnotic and pleasing. Said The Whale - Step Into The Darkness.

Background - Following the announcement of their fifth studio album, Vancouver’s Said The Whale has released lead single “Step Into The Darkness”. As Long As Your Eyes Are Wide, out on March 31 via Hidden Pony Records, was recorded during a time of significant change. Previously operating as a five-piece, the current trio - made up of frontmen Tyler Bancroft and Ben Worcester and keyboardist Jaycelyn Brown - entered the studio with no preconceptions and no concrete plan. With the help of We Are The City’s Cayne McKenzie on production duties, the finished product is Said The Whale’s most collaborative, focused album to date. Previous records highlighted the contrast between the two founders’ eclectic rock influences and salt-of-the-earth folksiness. Here, their styles become one.

“Step Into The Darkness” exemplifies this cohesiveness. When writing and demoing the song, Ben limited himself to only a drum loop and bass synth, which left room for creativity in the studio. The song came together organically once the band and producer stepped in. Though finalizing the track was a group effort, it still remains incredibly personal and meaningful to Ben: "Step Into The Darkness" was written after a devastating break-up with my girlfriend of six years. The song is me reaching out to comfort my love, reassuring her that she is safe and despite the immense sadness and feeling of loss, perhaps good things will come. We got back together shortly thereafter.”

A decade since the JUNO Award-winning band’s formation, they have now taken the project back to its freeform roots while simultaneously venturing forward into uncharted art-pop territory. Despite the album’s many adventurous sonic forays, it remains true to the spirit of their classic work. At its core, As Long As Your Eyes Are Wide is a singer-songwriter record, guided by introspective lyrics and alchemical group harmonies from Ben, Tyler and Jaycelyn.

After so much change and uncertainty in recent years, Said The Whale has emerged as a unified force. They’ve evolved, but the DNA is the same, and the group’s musical partnership is more fruitful than ever. Facebook here.

'Step Into The Darkness' is one splendid piece of indie pop. Vocals and the music are bright and melodic, leaving the forthcoming album eagerly awaited.