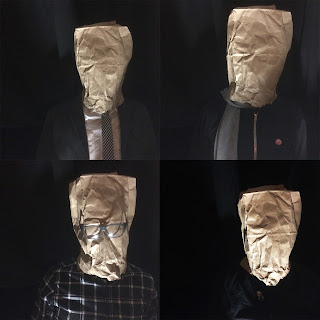 Formed in 2012 as a means to deal with pent up musical and personal frustrations, the band decided to create by not over-thinking or over producing their brand of angular punk, but to keep the urgency and immediacy of their first thoughts and play by instinct. Over their short lifetime they have managed to refine their first creative thoughts to a bold and loud, sometimes obtuse, yet dynamic burst of musical therapy. Tate’s lyrics composed of poetry with classic lyricism create a voice with a unique perspective, while the band thrashes and dashes through songs before you can take the lyrical prowess in.

After a slew of self-released singles in early 2013 followed by several EPs in the following years, Deleter released their first full length “Oblique Seasons” late in 2015. Deleter’s newest endeavor, the EP “Meaningless Chants,” shows a more manic yet rhythmic side while remaining thoughtful and concise. The songs on “Meaningless Chants” are the most outrightly political work Deleter has put on record, five anthems of the absurd for an absurd time. Bandcamp here and Facebook here.

Full of punk angst 'Start To Watch' is a song that delivers full on rock'n'roll. It's the simple and classic punk era chord changes, that kick in halfway through which seal the song for me, more please! 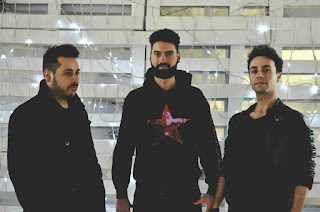 Background - New wave synth-gaze outfit Electric Floor have announced they will release their forthcoming 'Fader' EP in March via the Vipchoyo Sound Factory label. The Italian trio now presents 'Bluedive', the first single from this album, which exhibits clear underpinnings from Psychedelic Furs, Echo & The Bunnymen and Modern English and will appeal to fans of Interpol, Kasabian and The Wombats.

"Bluedive is like a surge - it was born during a bad period for us. Initially it was only messy ideas, but we gradually gave it form. The lyrics are suspended between romance and sadness, anger and exhortation," explains Emanuele Chiarelli. "Just like the other songs, our lyrics in this one are very emotional and tidal."

This Cosenza-based trio is comprised of Emanuele Chiarelli (vocals/ guitar), Simone Costantino De Luca (programming/ keys), and Fabio Cosentino (bass). Formed in 2009, the band's concept is based on emotive feelings. 'Fader' will be their third album, following up the self-produced albums '300' and 'Falsità reali' and singles 'Your Blue' and 'My Bloody G'. On this latest release, the band is geared more towards an electronic sound.

The latest few singles have brought them increased press and radio coverage in numerous countries, but 'Fader' will likely see this attention explode due to the virtually melting pot of synthpop, shoegaze, chillwave and electrogaze presented here. "This selection of songs features tracks closely linked to each other with a common denominator in that they dive into our conscience," explains Emanuele Chiarelli. Facebook here.

'Bluedive' is a bright and vibrant song mixing synths and vocals with the added element of "shoegaze power" for want of a better description. In some ways the track is a little bit retro in sound, however it's done so well that, there's no complaint from me.